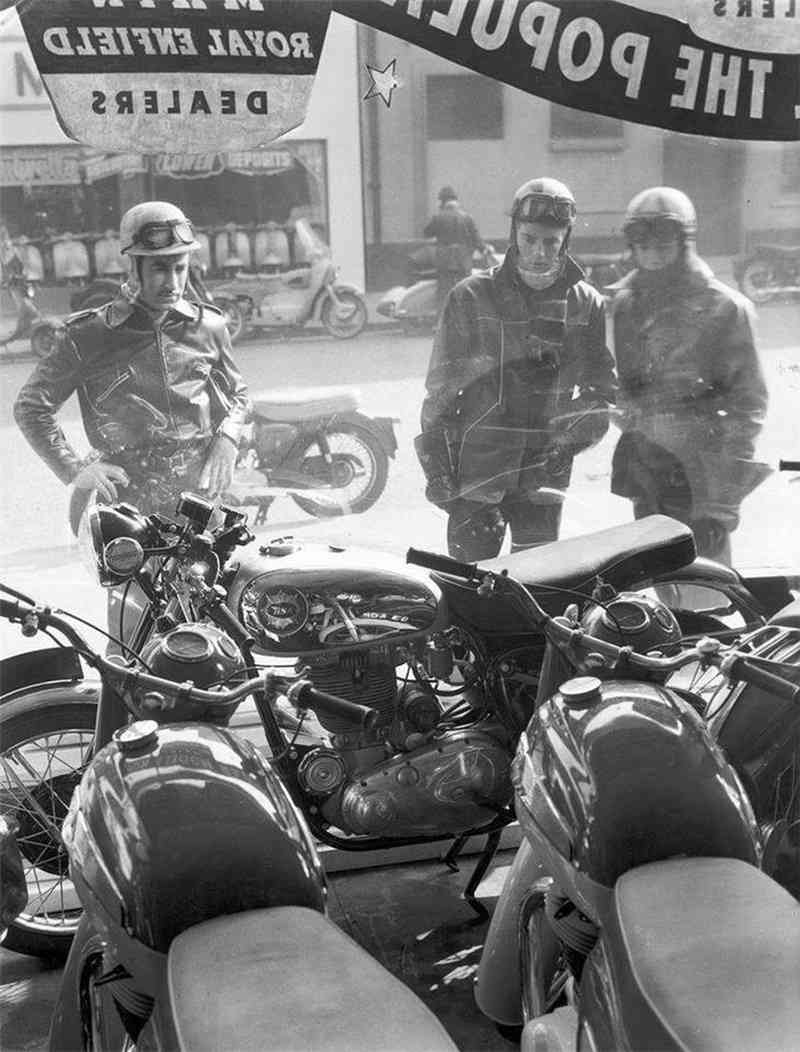 This is a wild day fulla project progress.

I can’t believe everything that’s going on and how brothers and sisters are not giving up or staying home. There’s action everywhere no matter what.

Hell, most aftermarket companies like S&S and Paughco are having banner years.

Click Here to Read the Weekly News on Bikernet.com 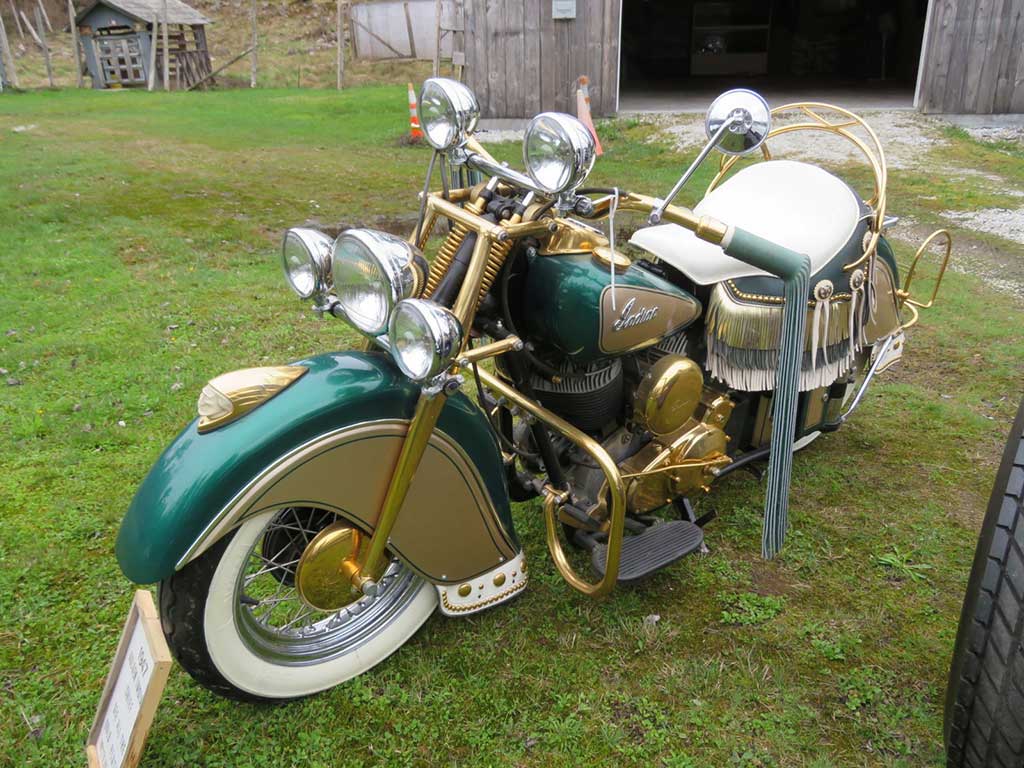 It’s the single-owner lifetime collection of the late Robert “Bob” Bearor, a dedicated motorcycle enthusiast, and his wife Christine, who went by “Teenie”.

Bob and Christine “Teenie” Bearor would ride to shows or just for fun on one of Bob’s Harley-Davidsons, often in matching outfits. The couple got married in a 1958 Corvette.

Bob and Teenie always surrounded themselves with vintage cars and motorcycles, especially Harley-Davidsons, which the couple would ride to shows or just for fun, often in matching outfits.” — Yvette VanDerBrink (VanDerBrink Auctions)

“Many of the motorcycle parts will be just for onsite bidders, so it’s best to attend the auction in person,” said Yvette VanDerBrink of VanDerBrink Auctions.

RUTLAND, VT, UNITED STATES — The single-owner lifetime collection of Robert “Bob” Bearor – an incredible assemblage of Harley-Davidson and Indian motorcycles, parts and memorabilia dating as far back as 1908, to include rare and important barn find motorcycles that are finally seeing the light of day, plus vintage cars, midget race cars, antique tractors, chainsaws, vintage fishing lures and more – will all come up for bid on Saturday, August 14th at the Vermont State Fairgrounds in Rutland, from 10 am-6 pm Eastern time, by VanDerBrink Auctions, based in Hardwick, Minn.

Mr. Bearor, who passed away in 2019, was a dedicated car and motorcycle enthusiast and a self-described wild-man who, along with his wife Christine, who went by “Teenie” because of her diminutive stature of just 4 feet 9 inches, always surrounded themselves with vintage cars and motorcycles, especially Harley-Davidsons, which the couple would ride to shows or just for fun, often in matching outfits. The two got married in a 1958 Corvette. Teenie survives her husband.

Along the way, Bob befriended Ed Flynn, a kindred spirit wild-man and the owner of an Indian Motorcycles dealership in Bennington, Vt. Ed’s collection was just as impressive as Bob’s and, upon Ed’s death and with the blessing of Ed’s widow, Mr. Flynn’s massive inventory of Indian motorcycles (two of which were unearthed from under his house), as well as hundreds of parts (including NOS) and memorabilia from the Indian dealership, became part of Bob’s collection.

In May of this year, a team from VanDerBrink Auctions, plus some motorcycle enthusiasts from New York, went to the Bearor property to inventory Mr. Flynn’s collection. In a chicken coop they found 14 frames and vintage Indian and Harley-Davidson motorcycles. The museum was full of Indian and Harley memorabilia and parts. For three days, the crew diligently dug through the buildings on the property and uncovered 53 motorcycles, hundreds of parts and memorabilia.

Now, the two combined collections in their entirety will be sold to the highest bidder, live at the fairgrounds and online, via Proxibid.com. A preview will be held on Friday, August 13th, from 10-6. The catalog, plus a video, can be viewed now, on the VanDerBrink Auctions website: www.VanDerBrinkAuctions.com.

Several motorcycles are certain to attract attention. One is the 1947 Indian Chief motorcycle, an older restore that’s green and gold and with all the stainless-steel parts supposedly dipped in gold (although it has not been tested). The bike had been touring in a display from Mr. Bearor and it ran when parked. It features a V2 4-stroke, V-Twin motor with suicide chain drive transmission, white wall tires with fringe and a big white leather seat with fringe – a truly unique motorcycle.

Then there’s the 1976 Harley-Davidson FLH motorcycle with a sidecar that Mr. Bearor dubbed “The Joker”. Known as a Coney Island custom, the bike is powered by a Harley V Twin motor, shows just 9,567 miles on the odometer and boasts lots of metal green flake. Many hours and thousands of dollars went into this custom, one-of-a-kind motorcycle. It comes with a10-page appraisal, listing all the things done to it. Bearor toured it in a semi on a walk-through display.

Two Indians that are rare but in need of a restoration are the 1932 Indian Chief 4-cylinder bike and the 1937 Indian Sport Scout with V Twin motor, both of them barn finds that appear mostly complete. Memorabilia includes vintage advertising posters for Indian Power Plus motors (25 inches by 38 inches) and an Indian and Goodyear advertising poster (13 ½ inches by 40 inches).

The few vintage cars in the auction (none of which run and are in need of TLC) include a 1964 Ford Thunderbird coupe, white/cream with a black vinyl top, a V8 with automatic transmission and mostly rust-free body; a 1958 Chevrolet Biscayne four-door sedan old restore, black with a white top, a V8 with automatic transmission and 103,132 miles; and a 1982 DeLorean DMC12 coupe barn find with stainless-steel exterior, 33,886 miles and complete engine and transmission.

Vintage midget race cars will include an example with a pretty cream-colored metallic paint scheme, juice brakes, a 4-cylinder engine with velocity stacks and racing seat belts; a midget with a GM 4 cylinder engine, two Rochester carbs and headers and racing seat belts; and a beautiful purple and white car with a 49 Flathead V8 with Stromberg #97 carbs, Edelbrock AL2 heads and AL2 intake, velocity stacks, Ford clutch, a three-speed transmission and electric fan.

Gas and oil memorabilia will feature a Mobil Oil gargoyle cabinet, a G&B gas pump, oil cans, signs and more. The auction will have two rings of action, with one ring dedicated to antique tractors, chainsaws and boat motors. See the VanDerBrink website for terms and conditions.

VanDerBrink Auctions specializes in collector car parts auctions, older salvage yard liquidations, auto related items, antique tractors, estates and private collections. The firm has a proven track record of selling farmland and other real estate at auction. Yvette VanDerBrink, the ownere and an auctioneer, formed the company in 2001, after a prophetic message from Minister Tom Stammon. VanDerBrink Auctions is a faith-based company, making every auction a mission.

VanDerBrink Auctions has been regionally and nationally recognized for its auctions and has conducted collector car auctions in eight states. Yvette VanDerBrink’s goal is to get cars and parts to the collectors, hobbyists and rodders, to preserve automotive history and further the car hobby. She has this same philosophy and ambition when selling real estate and land at auction.

Last Chance to Enter in the Sturgis giveaway worth $120,000 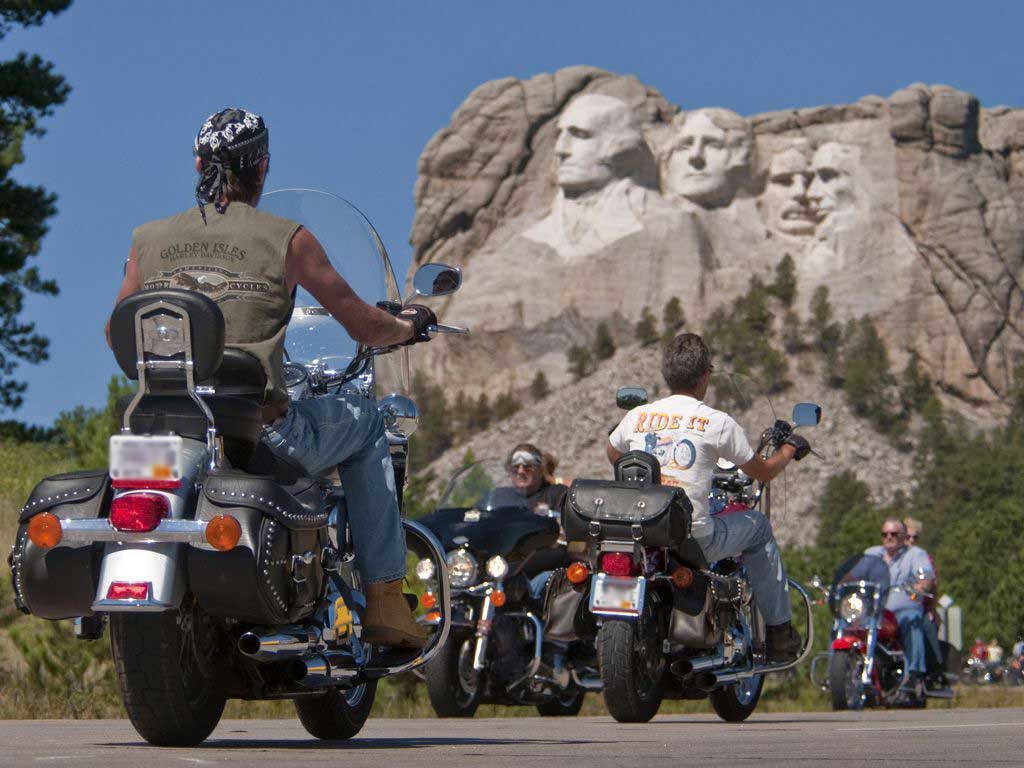 Prizes worth $120,000 up for grabs. Last Chance to Enter! The Stylin’ In Sturgis Contest Giveaway ends on July 15th.

This is your last chance to win! Prizes include a BRAND NEW PAUL YAFFE CUSTOM MOTORCYCLE, gear from the hottest vendors at the rally, and trips to the 81st Annual Sturgis Rally!

Submit your Entry Before it’s Too Late!

The Spring Action Bikernet Weekly News for May 13, 2021 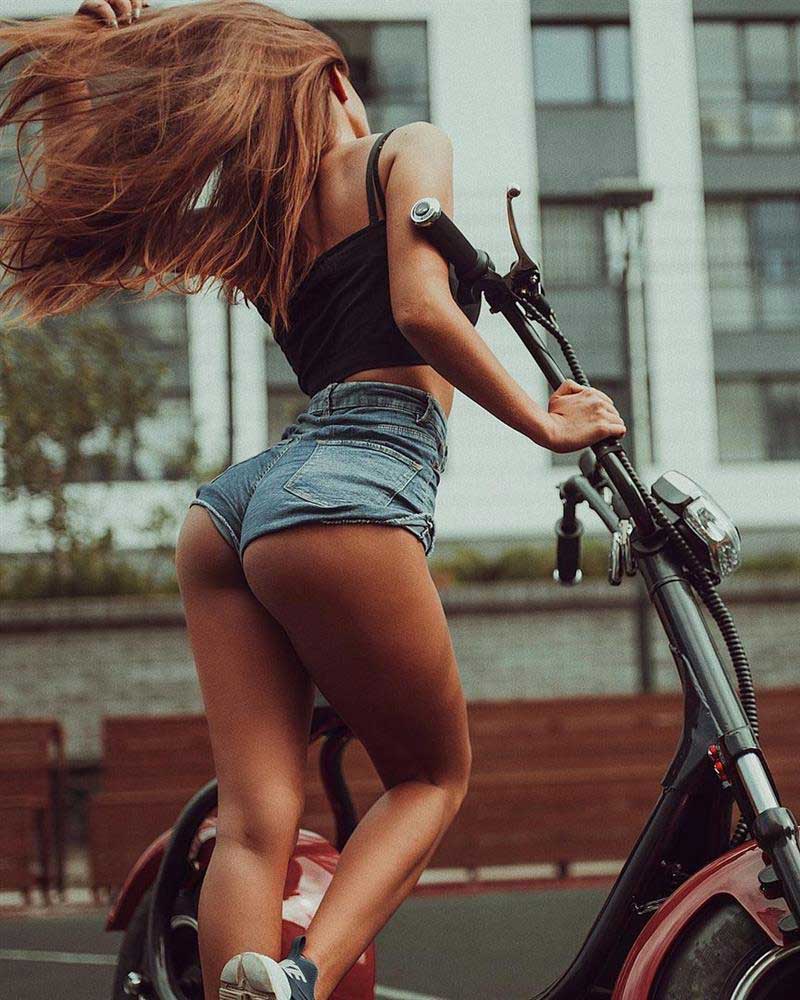 Action on All Fronts!

I haven’t run into a situation yet when the truth didn’t coincide with freedom. 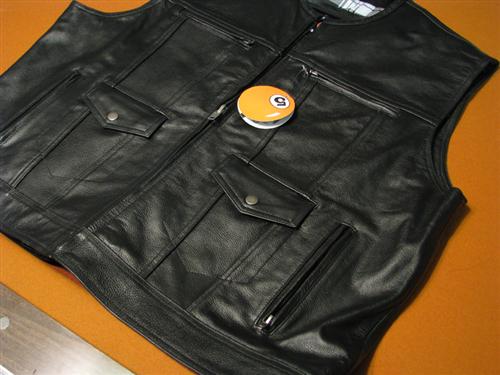 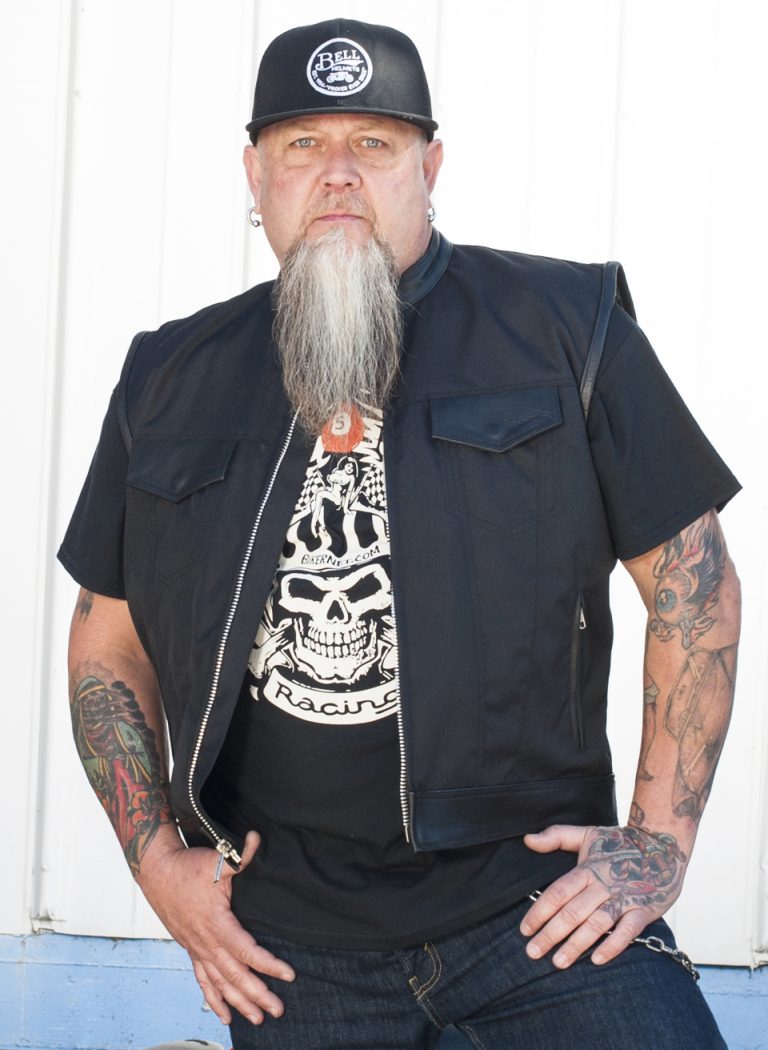 This is our light breathable ballistic Nylon vest with leather trim. Click and check it out and all our cool leathers. https://shop.bikernet.com/ 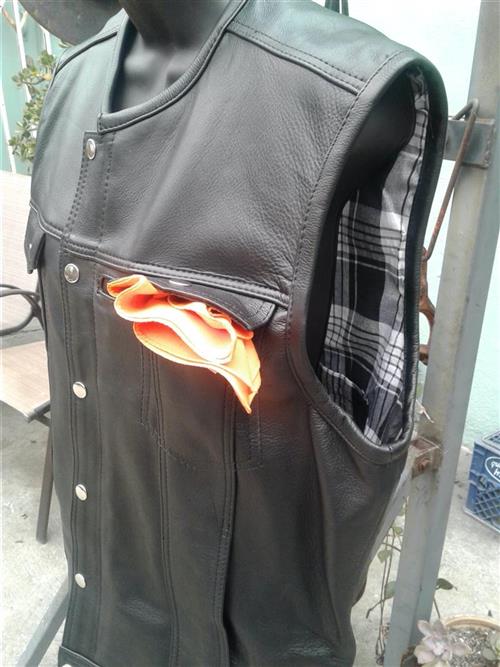 We made some major improvements to our Flat Out Vest, plus they are made with a softer leather. This is our traditional styled vest but with 5-Ball touches, like no collar, deep gun or phone pockets, our exclusive media pocket and hidden hand pockets.

You will always receive bling, including a 5-Ball Bikernet Bandana, a 5-Ball embroidered patch and a signed book about the fight for motorcycling freedom.

Each vest has a secret documents pocket and a pocket specifically designed to hold your shades.

It’s all class yet packed with function. 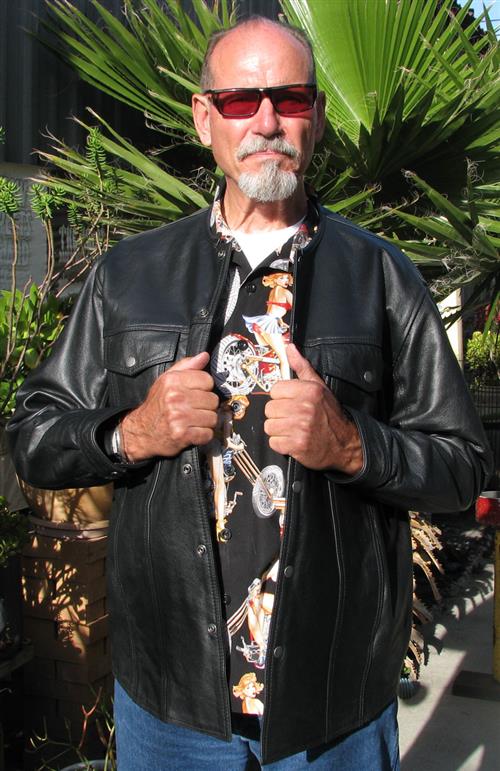 I’m actually a fan of collarless leathers, but I was out-voted. We’ve put them on sale to save you some hard-earned bucks. 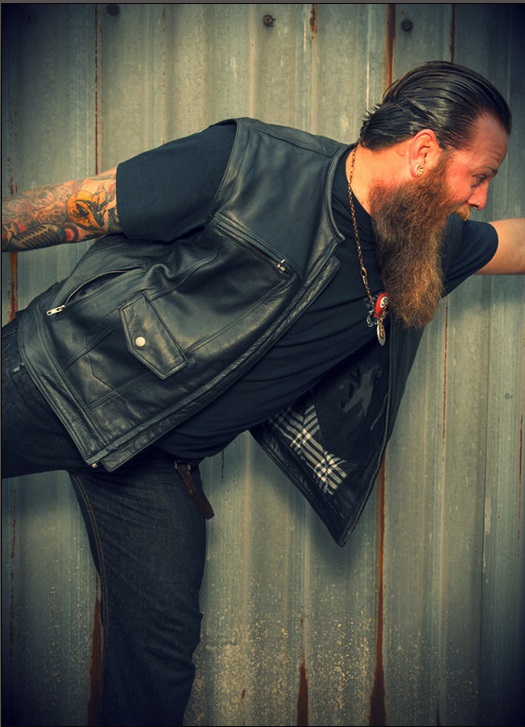 This is the bells and whistles 5-Ball Racing vest. It has six pockets on
the outside, two gun pockets and our exclusive document or media pocket
inside.

SHOP FOR MORE GEAR AND BOOKS AT https://shop.bikernet.com 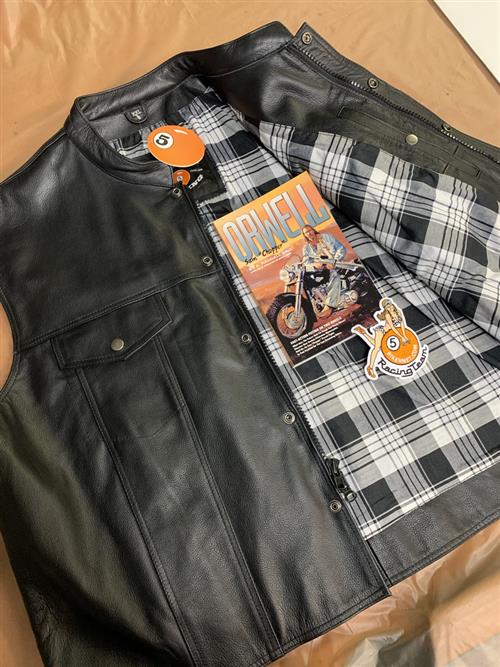 Our cleanest vest has now become our finest classic vest with no collar, but it does have the classic waist band. The front fist pockets are hidden. The chest pockets are classic western cut. They have killer storage with two deep gun pockets on the inside and our exclusive media pocket in the back for your latest issue of Cycle Source or divorce papers. These puppies are too cool and made with just the right leather grade, not too heavy and not too light. 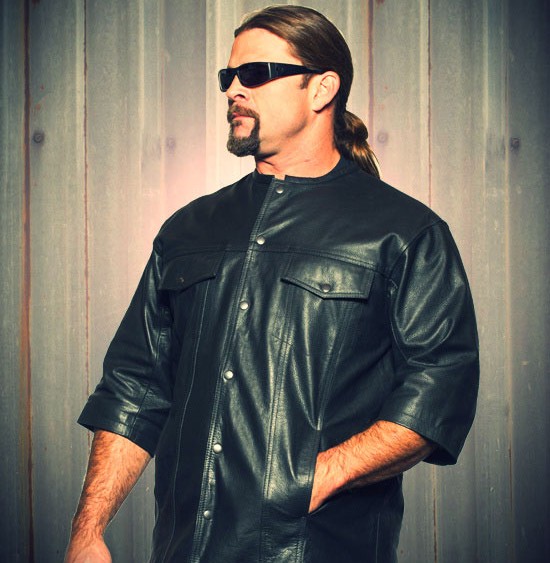 JAK SHIRT 5/8th SLEEVE CLUB – 5 Ball Leathers’ (8 Pocket). Features snap front closure with extended shirt-style tail that provides length in the trunk and delivers a slender look. All around one of the best fits.

The Jak Shirt Sleeveless Club is made from strong milled Buffalo leather, a top-grain quality leather (the most common type used in high-end leather products). It’s constructed at 0.9mm, a middle weight leather. 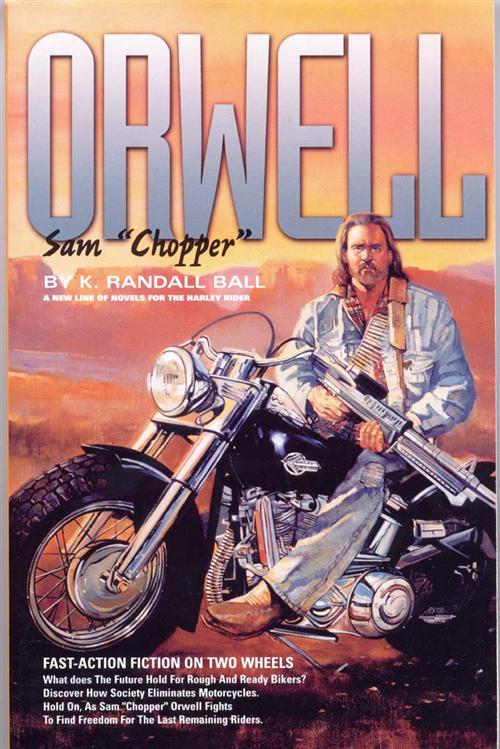 WE HAVE MANY BIKER BOOKS IN THE SHOP – PICK YOUR CHOICE

Discover How Society Eliminates Motorcycles. Hold on, as Sam “Chopper” Orwell fights to find freedom for the last remaining riders.