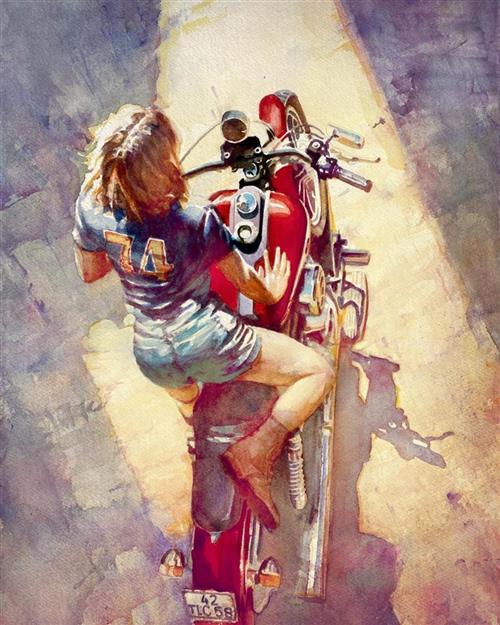 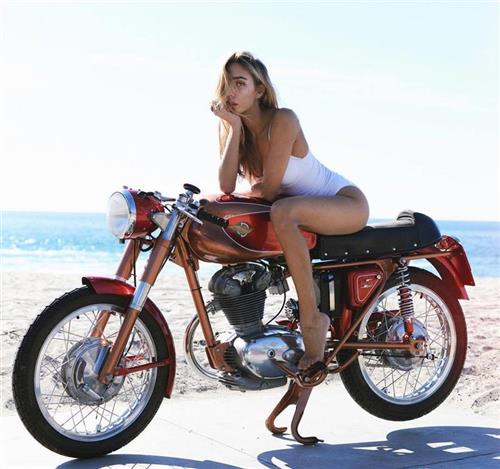 Remember when life was simple. We thought about Weed, Whiskey, Women and of course Wheels. We didn’t much care about four wheels just two and mostly choppers.

Hell, in my day, we would jump off a building to see how it felt. I know guys who went into a bar just to see how long it took before they got into a fight. We were bikers and nuts, loaded on reds flying down a freeway on a bike held together with bailing wire. Fuck it, let’s ride.

We partied and slept on the beach, ran from the cops, slept with the mayor’s old lady, it didn’t matter. We loved being on the edge. When I was in Jr. High, we snuck into any local building or government facility that wasn’t locked down. We didn’t fuck with much, except to steal a gearshift knob. I remember running home being chased by the cops. Scared shitless, I lay in bed waiting for the cops to pound on the front door and arrest my ass.

CLICK HERE to read this Photo Feature on Bikernet. 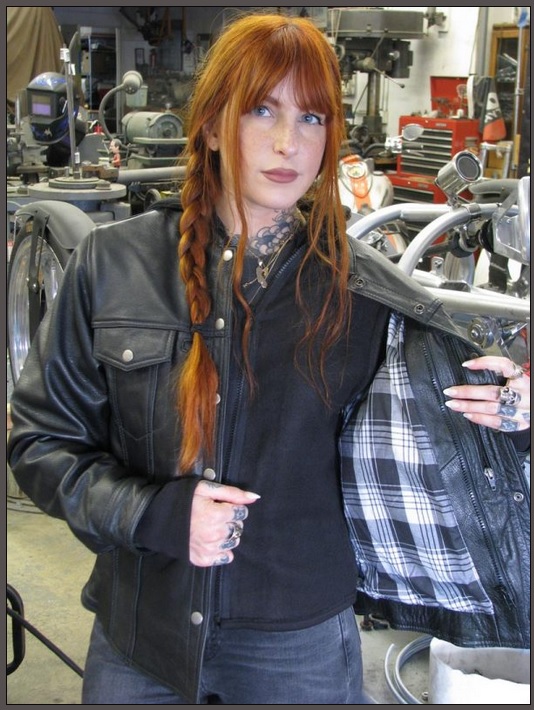 If you need help with sizing or have any questions drop a line. 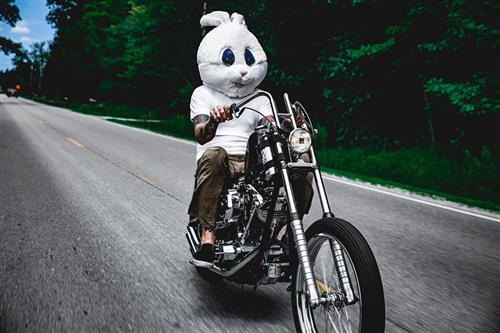 This is tough. I’m lying in a VA hospital bed in Santa Monica. A doctor called me and told me of urgent concerns about my heart monitor results. “Your heart could blow up at any time.”

But first, I needed to ride over the new Darrel Desmond bridge out of long Beach, into the center of the Terminal Island, where it meets up with the unfinished Henry Ford Bridge from Wilmington and the Terminal Island suspension bridge into San Pedro. Zack and I rode choppers, his Root Beer Float built by Kent Weeks of Lucky Devil Metal works in Houston and I rode the Mudflap girl FXR.

False alarm at the hospital! I’m escaping the hospital and their miss-diagnosis tomorrow about noon and flying back to Wilmington to finish the news. So, it might be late. 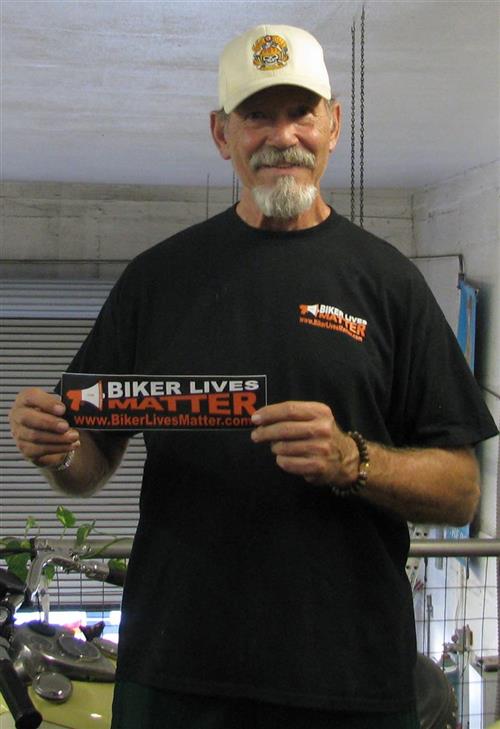 Hang on for Some Wild Shit!

Here we go. The 5-Ball Racing Team lost a member this week. Ray C. Wheeler fought off death numerous times in the last 20 years. He succeeded right up until this week. It’s an interesting time, because many of the brothers I hear from are at Ray’s age in his mid-70s including myself. It’s a decision point for many, whether to keep working or stop and how much activity can we still deliver accurately and effectively.

Some brothers are forced to keep going. They don’t have the financial wherewithal to kick back. I remember a brother saying, “Fuck that union gig!” Other brothers refused to pay into social security. It comes back to haunt them big time. But there’s a chrome side to the equation for us grubby bikers in the motorcycle industry. We love what we do. Every day is a play day full of creativity and adventure. We’re still having a blast.

I just ordered another batch of Prize Possession copies. It’s my first book the second edition. Have a terrific weekend. Ride safe.

Always the Best of Times When She’s Around 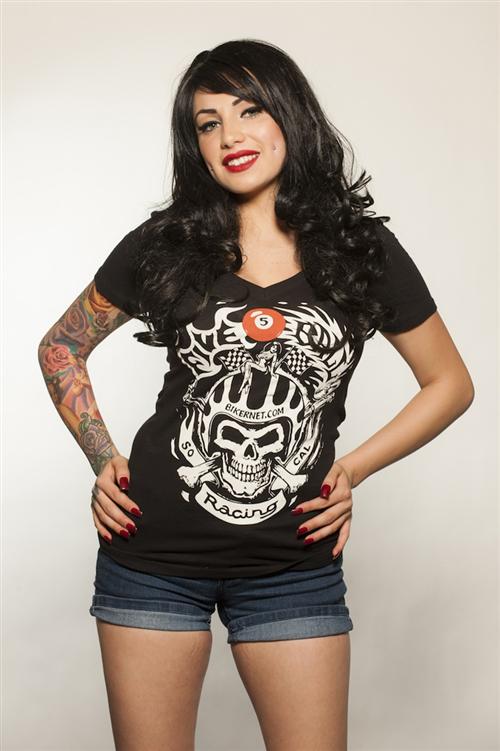 HAVE A LOOK AT THE GIRLS OF BIKERNET ONLY IN THE CANTINA.

We are living in the best of times. I mean it. Just slip into a new car and gaze at the vast technology surrounding you. Peeps live longer than ever. Medicine is still learning, but it’s major steps ahead of just two decades ago. Look at new homes and new high-tech phones. Life is simply amazing, and if you’re a young man on a new highbar Softail cruising for love, look at the number of women you have to choose from.

CLICK HERE TO READ THE PHOTO FEATURE IN THE CANTINA 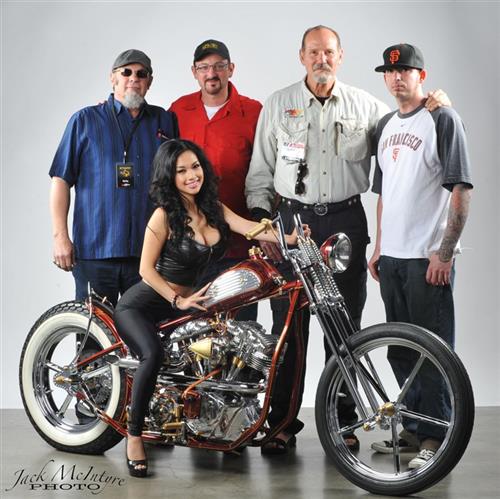 This is another fascinating week.

I’m reading Deadwood, the Golden Years, by Watson Parker. It’s basically a history of the region and mining, the impact on the region and the Indians. Since I’m trying like hell to move there, I need to know.

I’m also reading the Moral Animal, Why We Are the Way We Are, the New Science of Evolutionary Psychology. It’s a heady book about us and where we come from and how we got here. That term natural selection comes up over and over. Did you know that 99 percent of all species on the planet do it the same way from a wasp to a human. It’s also about the differences between men and women.

Speaking of Magazines, another motorcycle magazine, Cycle World bit the dust last week, maybe two. The new Easyriders seems to be stumbling, although it never got off the dime over the last couple of years. A lot of talk, a couple of parties and very little action. Ah, but I just got a peek at the new Choppers magazine, issue 2 and the new issue 3. This is tough. Cary Brobeck, the owner and editor only prints maybe 2,000 copies and attempts to sell them mail order. That’s a tough one, for lots of reasons. 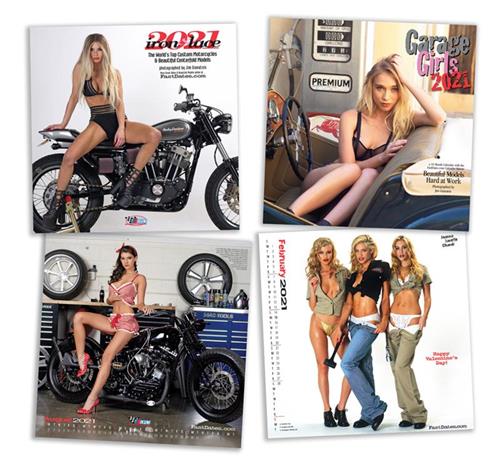 We’re Headed in Lots of Directions

It’s a quirky day. I’ve got deals and wheels stuff happening all around me. A brother’s house burnt down in the northern California fires. Another brother, Bill Dodge, is in the hospital fighting motorcycle injuries (you’ll see the report in the news).

I’m scrambling to save and make more money in trying times and I would like to head back to Deadwood. On the active front, I have most of the pieces to finish the fender mounts on the Salt Torpedo. I started to write the 90th Episode of the Cantina Series and sorta like it. I’m playing with the Covid, homelessness and much of the bullshit society is struggling with right now.

Sam Burns sent me more encouraging photos of bikes and girls. Maybe it’s a hint to write more about the story line of my life. I’m still struggling with it. And I’m about to start another chapter of the third Chance Hogan books. Plus, Gary Mraz stopped by and stayed for a week. He is writing a series of books about the Midnight Rider or the Midnight Writer or Zac or Zachary, he can’t decide.

So, what does all of this tell you? I told Bob Bitchin that he’s about to start a new adventure after his beautiful Berry Creek mansion burnt down. I like to think motorcycles and freedom are at the heart of everything I do. And finally, there are so many wonderful things in life to do. Just smile and go after them. But do it with grace and style, compassion and benevolence. Let’s hit the news. 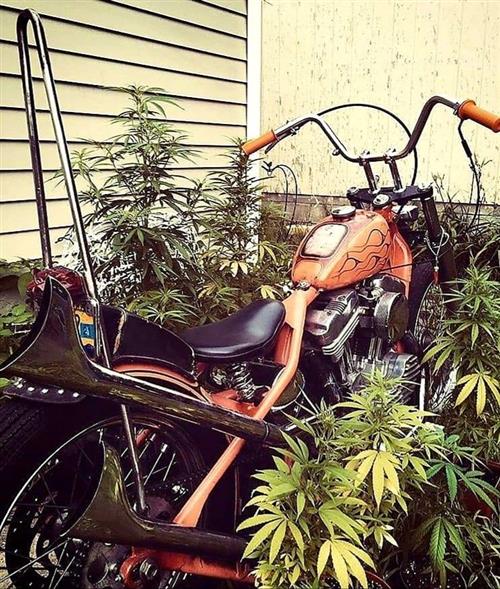 We are Living in the Best of Times

I had a blast in Sturgis. I was tested two days ago, and I have never been contacted by the Chinese Covid. I was much more likely to get it if I stayed in LA. But they seem to leave that side of the equation out. The odds of getting covid from a rally rider is 1 in 1,200,000. Supposedly 700 become infected every day in LA. Only 250 got infected somewhere (maybe not in Sturgis) during the Rally period, like three weeks. Daily you have a 1 in 17,462 chance of catching it every day in LA.

Freedom and Motorcycles Work, but some folks can’t stand it. 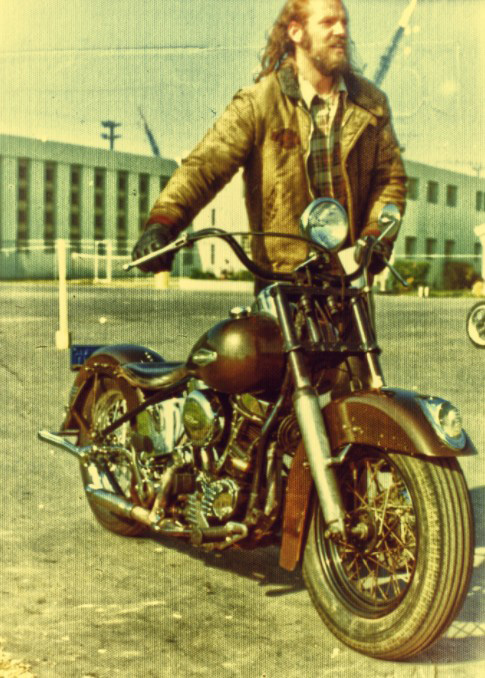 This is a test with Sam’s Picks of the Week as a backdrop. I’ve been bugged about a book about my life. But my life is checkered with ups and down and violent does and don’ts. So, this is sort of an attempt at an outline or rough story line. There won’t be a lot of description, just brief reflections on events.

CLICK HERE TO VIEW THIS PHOTO FEATURE ON BIKERNET