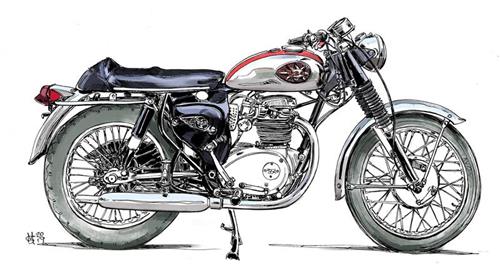 Up until the early 1960s, BSA was the largest producer of motorcycles in the world. The 1950s had been a good decade for the marque, with the success of the Gold Star as well as the development of two well-respected pre-unit (separate gearbox and engine), vertical twin-engine series: the A7 and A10. Not only was BSA a giant in producing motorcycles, the company also manufactured other goods such as buses, agricultural equipment, bicycles and, of course, weapons. Flush with cash generated from this diversified business, BSA also bought up other motorcycle marques—Triumph and Ariel, among others—making it a true empire.