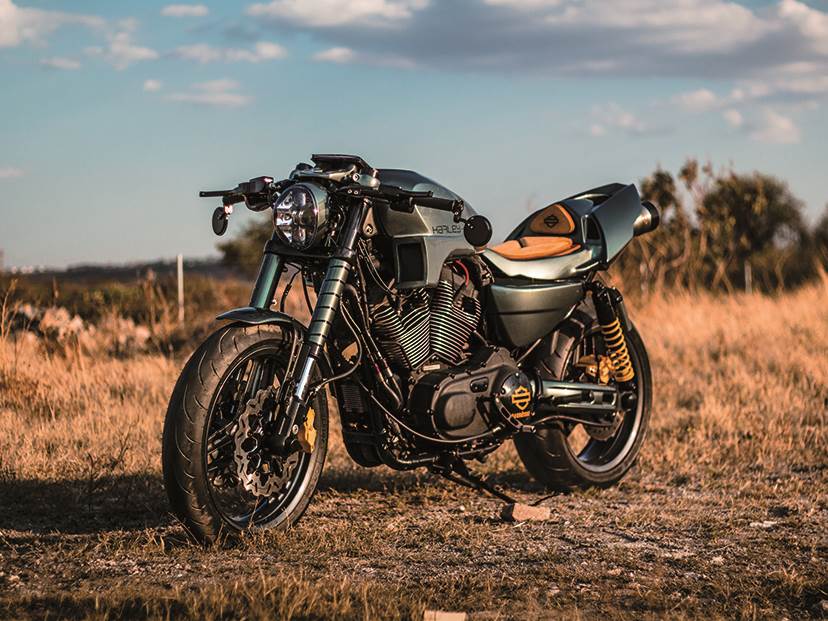 In April 2020, Harley-Davidson concluded a custom build competition called King of Kings. Dedicated to its network of international dealers, the contest saw some incredible machines coming out the door of garages spread throughout the world.

King of Kings was the coronation of an older, similar Harley initiative called Battle of the Kings (BOTK). It brought together 15 shops that have won BOTK in the past, competing against each other to get the majority of the 50,000 public votes cast during the event.

Over the past month, we brought you each and every one of the 15 builds in detail, as a testimony of what a little imagination and some technical expertise can do to an otherwise stock Harley. We finished our run through the list on Saturday, and now it’s time to have a look at the entire pack of motorcycles that have wowed the crowds online.

As you already know by now, the winner and the holder of this year’s King of Kings title is the Mexican-made Apex Predator. Based on a Sportster XR1200 with the stock engine, it is supposed to be a “retro-futuristic XR-based track monster meets street fighter,” and managed to attract the majority of the 50,000 votes.

Built by a dealer in Mexico’s Queretaro, it features custom parts like front fork covers, dual air intakes, wave-style brake rotors, and a seat wrapped in Alcantara as a touch of class. The bike also received a TFT Bluetooth instrument panel, and a hand-built 2-1-2 exhaust system.

Runner-up was the Greek-made Gryps, a Sportster designed in such a way as to be a mix between a real-life two-wheeled machine and a creature from the ancient Greek mythology – it is shaped somewhat like the mythological griffin of millennia ago.

The Gryps is perhaps one of the most intricate builds of the competition. It sits a tad lower than the base model, the fuel tank is at a different angle on the frame, and it is wrapped in reworked, cold silver panels that are supposed to give the impression this is an actual living, breathing beast: the tank is the body, the front fairing the head, while the side fairings are both the wings and the legs of the monster.

The German Thunderbike Emperor was awarded a popularity award of sorts, and despite losing the popular vote competition to the Mexican build, it was hand-picked by Harley-Davidson’s styling team as the best looking of them all. And it is sure worth it, considering how extreme this makeover is compared to all the others.

Starting off from a 1995 Sporster, Thunderbike went the chopper way and gutted, replaced and improved pretty much all elements of the motorcycle to achieve this real custom look. Modifications can be seen all around: to the fork, handlebar, tank, oil tank, seat, fender, struts, exhaust and shifter.

Of the 15 bikes that have lined up at the start of the competition, though, we would have chosen the French’n Cheap. The work of a Harley dealer in La Rochelle, France, is one of the cleanest, sharpest-looking motorcycles we’ve seen in a while.

The smooth appearance has been achieved on this lowered 2019 Sportster XL 1200T through a smart choice of paint, sleek tires, and ingenious solutions like hiding all the cables inside the handlebars.

These four are just the tip of the iceberg when it comes to what this year’s King of Kings competition was all about. Each of the dealers that took part (aside from the bikes above, there were entries from South Australia, Brazil, UK, Spain, Benelux, and Japan – you can see all these bikes in the gallery above) did its best to come up with some incredible machines.

For the most part they succeeded, and managed to prove there is talent in customizing motorcycles outside the U.S. as well.