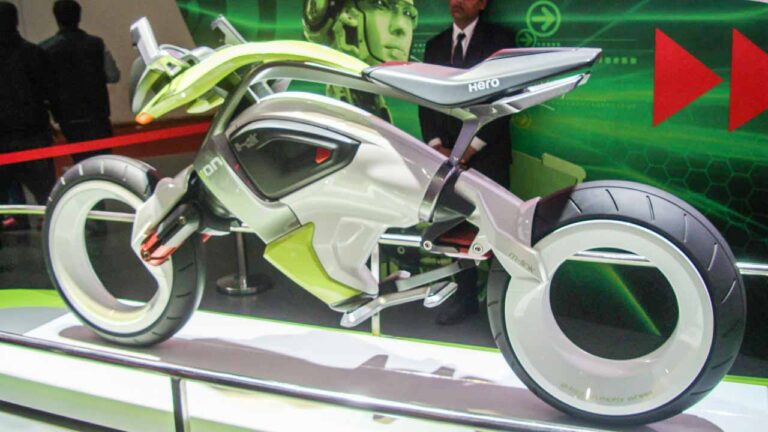 Hero Electric and Hero MotoCorp are two different companies. Both are into manufacturing and selling of two wheelers in India. The former has only focused in electric vehicles, while the latter, which is India’s largest two wheeler brand, is yet to launch an electric vehicle.

According to a recent report by Moneycontrol, the powerful electric motorcycle concept which is currently under development by Munich-based HTCG is called the e-US (electric Ultra Sport). No additional information is available at this point but it is likely to be a design study to gather public opinion about a potential electric high-performance flagship.

If we were to hazard a guess, the Hero e-US could be an edgy street fighter with performance levels equivalent to a conventional quarter liter motorcycle. Or it could even be offering higher levels of performance to match something like the Ultroviolette F77. The concept is expected to be showcased at a high-profile event when it is ready. The timeline is not clear as of now.

Speaking at the latest Annual General Meeting, Hero Motocorp’s chairman Pawan Munjal stated that the company is well on course with its plans to enter the promising electric two wheeler market in the country. He also added that the pure electric products that are being developed by Hero Motocorp are independent of its subsidiary Ather Energy’s products.

It is to be noted that a pact between the Munjal family prevents Pawan Munjal-led Hero Motocorp to use the Hero brand name for its own electric products. As per the agreement within the family, this right is reserved for Hero Electric which is run by Pawan’s cousin Naveen Munjal.

Hero Electric is already a well established brand in the country with a market share of 45% in the e-scooter space. So, Hero Motocorp will have to chose a different brand name for its EV operations and that could be posing a huge marketing challenge.

Given Hero Motocorp has a significant stake (38.57% to be preceise) in Ather Energy, one could think using this brand to expand its electric vehicle business is a no brainer. However, Ather focuses on lifestyle products above INR 1 lakh and has previously stated it has no intention to cater to lower price categories.

Using the Ather brand for its low-cost electric commuters would significantly dilute its value in premium segment. We expect Hero Motocorp to announce its new EV brand in the coming months.