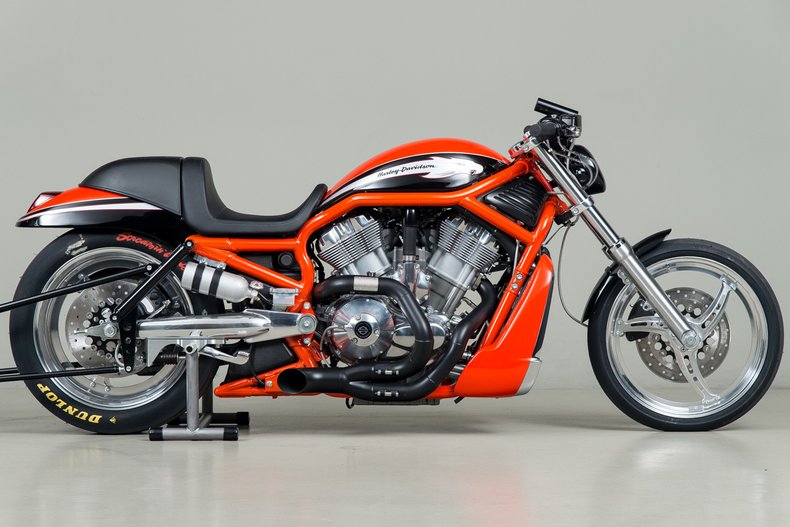 So, a decade and some change ago, the world’s favorite motorcycle builder, Harley-Davidson, decided to do something crazy: come up with a factory-build dragster that would shred the hell out of the competition on the strip.

This is how the VRXSE Destroyer was born, a CVO-handled monster of a two-wheeler powered by a chunky Screaming Eagle engine. 1,300cc in displacement, the powerplant churns out 165 hp and, aided by things like stroker crankshaft, high compression pistons, a racing transmission with a multi-stage lock-up clutch, and two-stage launch control, it had enough punch to shoot the missile to the end of the quarter-mile distance in under 10 seconds.

Initially, Harley planned to make at most 300 units of the thing, but the impact it had it was (naturally) immense, and before you knew it, the production run doubled in size to 600 units.

The motorcycle had such an appeal that not everybody bought one to race it. In fact, there are quite a few people who paid the little over $30,000 asking price just to have sit around in a garage somewhere, as a museum piece.

This is what happened to this here Destroyer. Now available for sale at the hands of Porsche specialist Canepa, it shows “no miles, no driving, no wear, nothing,” as its description says.

The bike was purchased new and sat for a very long time in a larger collection of dragsters, in the select company of a Kent Fuller nitromethane dragster and the likes. It then ended up over at Canepa, who is selling it for an undisclosed price.

Now, don’t go thinking this is the only Destroyer on the market. There are others, of course, but most of them, if not all, have been put to some use in the past, and are not quite as pristine as this one.

We only hope whoever buys it chooses to enjoy it the way it was meant to, not only visually.