Vagos Motorcycle Club trial to resume later in this month 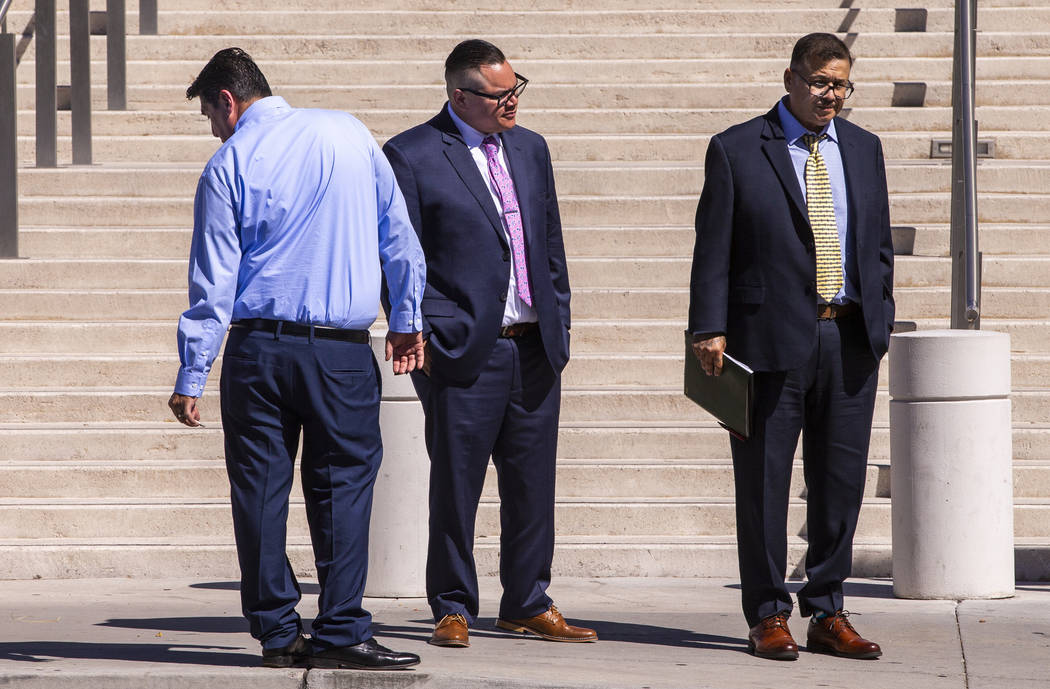 A lengthy federal racketeering trial against eight Vagos Motorcycle Club members will take a weeklong break after four days of closing arguments, which initially were expected to wrap up this week.

Arguments will continue Feb. 18 due to a conflict in U.S. District Judge Gloria Navarro’s schedule. The Las Vegas trial began in July.

Between Monday and Thursday, jurors heard from federal prosecutor Daniel Schiess and five of the eight men’s defense attorneys.

The men previously pleaded not guilty to charges of conspiracy to participate in a racketeering enterprise, murder, and using a firearm to commit murder during and in retaliation to a crime. Each faces up to life in prison if convicted.

The charges stem from a 2017 indictment accusing Vagos members of a slew of crimes dating to 2005 and spanning more than a decade, including the 2011 fatal shooting of a Jeffrey Pettigrew, a rival Hells Angels gang member in Sparks.

Under the racketeering charge, in addition to the 2011 killing, the defendants are accused of robbery, extortion, kidnapping and possession of narcotics with the intent to sell.

Arguments this week from both sides reiterated two different versions of the 2011 shooting previously told to the jury.

Schiess spent nearly three days carefully laying out the most significant evidence presented during the trial, arguing that the killing was both an authorized hit by Palafox, the international president of Vagos at the time, and part of a broader criminal conspiracy.

But according to the defense, Gonzalez, accused of being the shooter, was “acting in the defense of others” when he fired the fatal shots. Michael Kennedy, his attorney, said Pettigrew and another Hells Angels member were “actively shooting” inside a casino after picking a fight with Vagos members.

The defense also has argued that the government’s case was largely built on lies from Gary “Jabbers” Rudnick, an ousted member who received immunity for his testimony against his former allies. In September, the government’s star witness admitted to repeatedly lying on the witness stand after testifying for three days that Vagos members had plotted the killing.

“They have asked you to convict Ernesto Gonzalez and these other men on first-degree murder and racketeering conspiracy on the word of a man whose reliability they questioned,” Kennedy said.