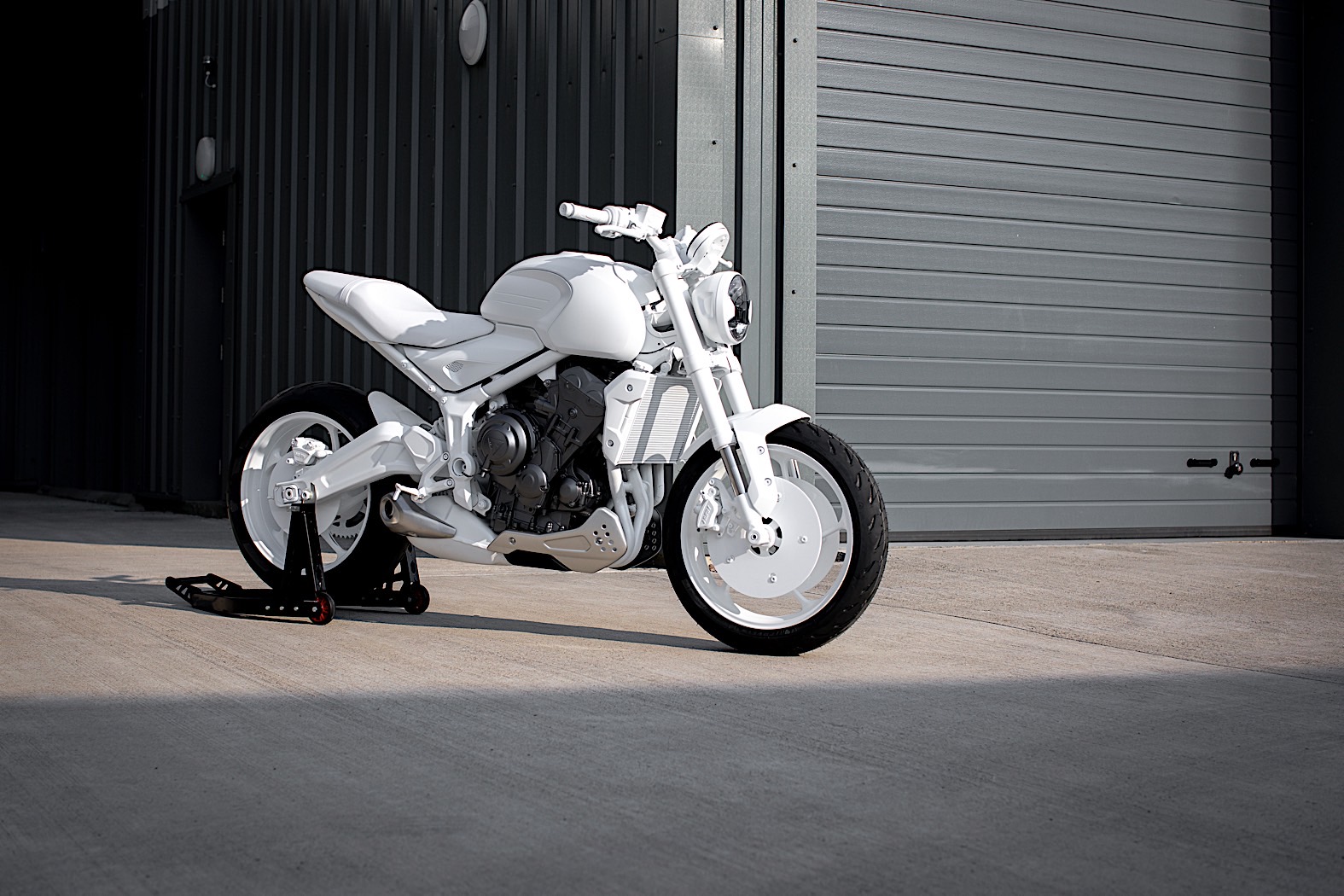 When it comes to the number of modifications made to models year-over-year, the motorcycle industry is by far more dynamic than the auto one. Almost every bike model of any maker suffers changes year-on-year, and that means that regardless of the size and scope of these changes, motorcycles always look fresh.

On the other side of the spectrum, the number of new models born into the industry is far lower compared to their four-wheeled counterparts. New bikes come to be at a much slower pace, and that means excitement is very high when they do.

Last week the Brits from Triumph got us all hyped as they previewed the future Trident, (a model wearing this name started being made by Triumph back in the 1990s), one that should usher in the new design era over in Hinckley.

Show in a pure-white design prototype form at the London Design Museum, the new Trident is supposed to be according to the bike maker “an all new contemporary take on Triumph style & attitude,” featuring a minimalistic form over a proven triple engine, a type of powerplant that powers, among others, the Street Triple.

What you see in the gallery above is just a prototype, completed at the end of four years of hard work. The actual production version Trident will surface in early 2021.

For now, the bike maker did not go into the technical specifics of the motorcycle, leaving us guessing as to what exactly it will be all about. But even with this complete lack of information (all that’s been said on the Trident can be found in the press release section below), we’re guessing the engineers working in the Japanese motorcycle industry are pretty troubled by this.

‘’The Trident design prototype marks the beginning of an exciting new chapter for Triumph, where the brief was all about fun, from the look to the ride,” said in a statement Steve Sargent. Triumph Chief Product Officer.

“With its pure minimalist form, clean lines, Triumph design DNA and more than a hint of our Speed Triple’s muscular poise, this gives the first exciting glimpse at the full Trident story to come. Ultimately our aim was to bring a new take on character and style, alongside the accessible easy handling and quality Triumph is known for – at a price that’s really competitive.”