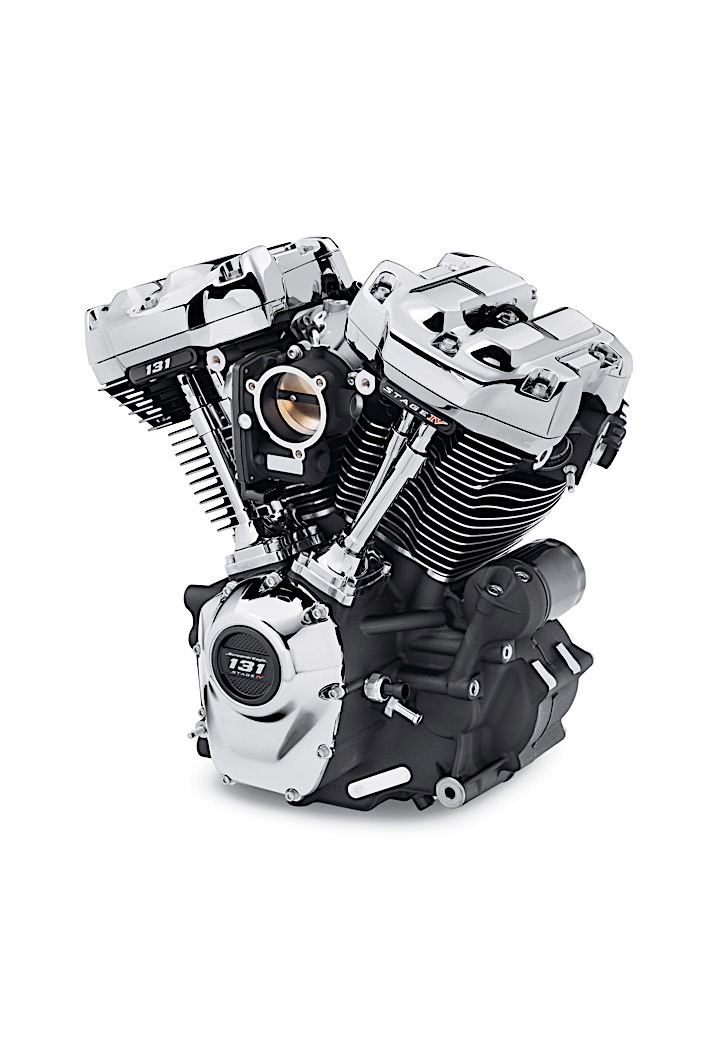 Back in early 2020, Harley-Davidson announced the introduction of the Screamin’ Eagle 131, a V-Twin described as “the biggest, most powerful street-compliant engine Harley-Davidson has ever created.”

At a time of its introduction, the engine was advertised as being made specifically for Touring bikes manufactured starting with 2017. Now the Milwaukee bike maker announced the powerplant should work just as good and is available on select Softail models.

More specifically, the bolt-in 131 is the perfect replacement for the Milwaukee-Eight engine fitted from the factory on 2018-later model Harley-Davidson Softail motorcycles.

Harley offers the engine through authorized dealers and comes in two finish treatments, Black and Chrome or Black and Gloss Black. Making sure everyone know what V-Twin your bike is packing is 131 Stage IV badging on the cylinder heads and timer cover.

Harley sells the crate engine from $6,195 for the oil cooled variant and $6,395 for the Twin-cooled one. Depending on the bike it is intended for, there might be need for a new oil pump or clutch plate kit.