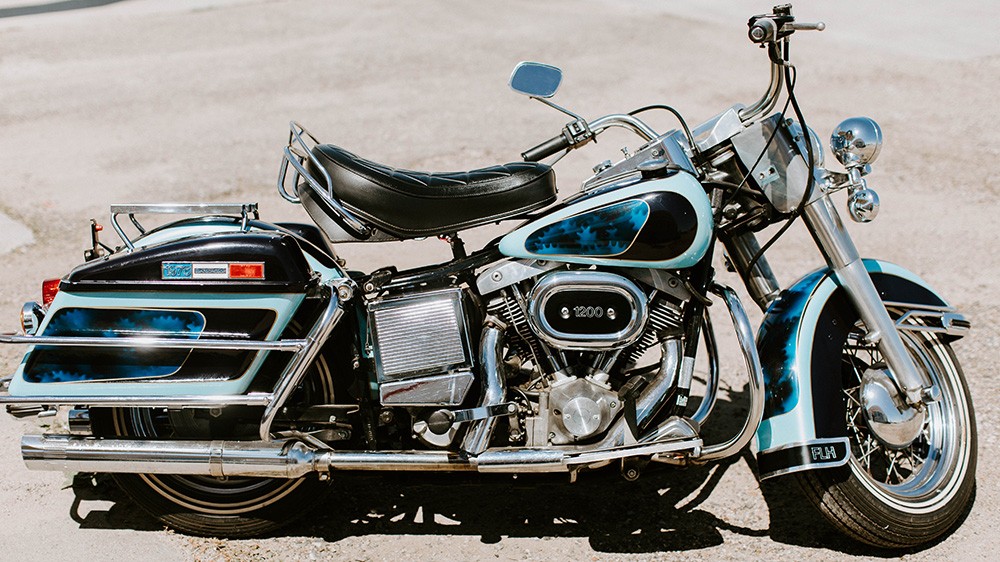 In August 2020, 43 years will have passed since Elvis Presley, the king of rock ‘n’ roll, or simply The King, died of an overdose on prescription drugs. To this day, he remains one of the most iconic figures in pop culture.

Even after all these years, Elvis is still considered a top artist in music. He made dozens of movies as well and, while they’re all popular in their own right, they do not speak of his artistry but rather of his desire to capitalize on his music career. In short, he made too many of them, of too questionable quality.

Even in death, The King is still a top-selling artist, which drives up the price to every item that he owned, ranging from his clothes (the flamboyant outfits from his final years, in particular), to his guns, letters and photographs, and last but not least, his impressive car and motorcycle collection. As you probably know, the richer Elvis got, the more he liked to splurge on fancy riders, be they on two or four wheels, and occasionally on three.

Another thing that Elvis was famous for where his car and bikes collection is concerned is the fact that he hardly kept any item around for too long. He would often buy stuff in the spur of the moment, enjoy it for some time and then pass it along, either by gifting it to friends and associates, or reselling it.

This brief introduction is necessary when talking about the last motorcycle he ever bought, which is also the Harley-Davidson mentioned in the headline: a 1976 FLH 1200 Electra Glide that aimed to set a new record for the world’s most expensive bike sold, back in August 2019. It failed.

In the summer of 2019, Kruse GWS Auctions’ Artifacts of Hollywood announced the upcoming auction of a new lot, containing, among others, Presley’s last bike. It was a Harley-Davidson Electra Glide that was still functional and with all the original parts from the moment of purchase, having been stored in a glass museum-quality display at the Pioneer Auto Museum in Murdo, South Dakota, for 30 years. Visitors were never allowed to touch it, so it remained in pristine condition.

In the listing, the auction house highlighted the bike’s impressive pedigree: Elvis himself had bought on August 11, 1976, after visiting a Harley-Davidson dealership to buy a Sportster 1000 for a friend – as a gift, of course. With the Electra Glide, he was very specific about what he wanted: a two-tone paintwork in black and baby blue, hand-stitched leather seat and chrome accents.

He had the bike delivered to his home, Graceland and, in true Elvis form, would pass it on after a while, when he grew bored with it. He sold it to a local Harley-Davidson dealership only days before his death, with just 126 miles on the clock. From there, it passed to the museum, where it would remain until 2019.

This impressive history, and the fact that the Harley was in top condition and with all-original parts prompted the auction house to estimate it would fetch between $1.75 million and $2 million. Which, if you think about it, is not too far-fetched for a piece of Elvis history.

Had it been able to meet this mark, it would have become the world’s most expensive bike ever sold, beating previous record holder 1951 Vincent Black Lightning used by Jake Ehret to set a speed record on in 1954, which went for $929,000 in 2018.

Surprisingly though, Elvis’ Harley not only failed to meet the lowest estimate but fell short by it by a several hundreds thousands: it went to an unknown bidder for a “mere” $800,000.

This still makes it the world’s third most expensive bike sold, but it also shows that, even when it comes to The King, there are some things you can put a price on. And it’s much lower than you think, especially if the butt of said King hardly ever touched it.