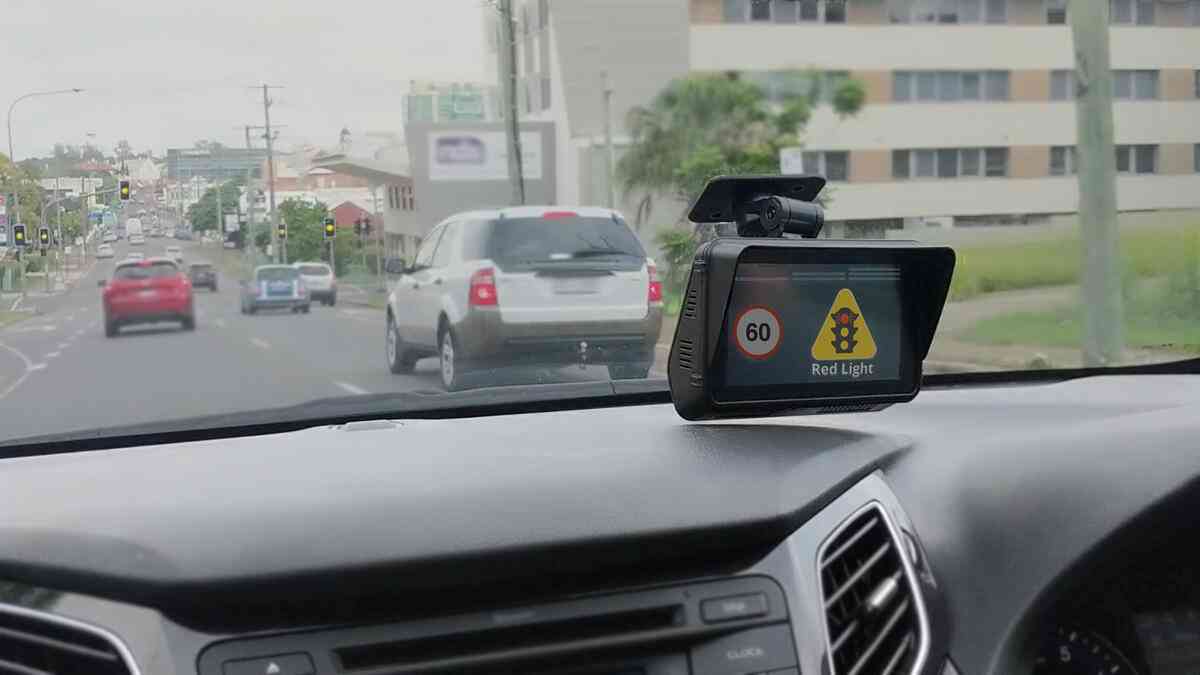 The Queensland government said during the nine-month pilot drivers were alerted about on-road hazards, including red lights, pedestrians, and cyclists.

A pilot involved with testing technology that alerted drivers about upcoming on-road hazards, including red lights, pedestrians, and bike riders in Queensland’s Ipswich has now wrapped up after nine months.

As part of the Ipswich Connected Vehicle Pilot (ICVP), 350 participants had their cars retrofitted with cooperative intelligent transport systems (C-ITS) technology, including an antenna mounted on a roof-rack, in-vehicle communications box placed under the driver’s seat, and a display on the dashboard that signalled safety warnings to the driver.

The equipment enabled each vehicle’s position, speed, and other data, to be shared, while it also received data from traffic signals and traffic management systems related to traffic lights, speed limits, road works, and road hazards.

The pilot covered 300 square kilometres within the Ipswich local government area, and included 30 traffic signals fitted with roadside communication devices. These devices, plus those that were installed in participant vehicles, had access to cloud-based data sharing systems throughout the pilot area.

The ICVP was delivered by Queensland’s Department of Transport and Main Roads, in partnership with Motor Accident Insurance Commission of Queensland, Telstra, Queensland University of Technology’s Centre for Accident Research and Road Safety Queensland, iMOVE Australia, Ipswich City Council, and the Department of Infrastructure, Transport, Cities and Regional Development.

“Messages received are combined with the vehicle’s data and used to generate driver warnings such as red lights, road works, road hazards, congestion, and pedestrians.”

The pilot was launched under the Queensland government’s broader Cooperative and Automated Vehicle Initiative (CAVI) that aims to reduce serious road injuries and death tolls to zero.

Other initiatives being delivered under CAVI include a pilot that involves testing a small number of vehicles with cooperative and automated technologies, and a project looking at how new technology applications can benefit vulnerable road user safety including pedestrians, motorcycle riders, and bicycle riders.

The state government expects the QUT to deliver a final pilot safety evaluation report about the trial in early 2022.

The Queensland government had signalled plans to conduct trials using intelligent vehicles back in 2016.

Other trials are being carried out across the country to improve overall road safety include one that was announced earlier this week by the Transport for NSW. It said was using AI to develop predictive algorithms to help national, state, local governments manage their road safety performance.

Up until now, assessing the standards of roads have relied on collecting video survey footage and manual recording methods. But the initiative aims to develop a faster and more automated method to extract raw road data.

Meanwhile, a six-month trial that used lidar sensors at a busy intersection in Victoria showed the technology has the potential to warn road users in real time about upcoming hazards.

The AU$2 million trial, carried out by the Victorian government, involved the installation of lidar sensors at an intersection in Yarraville, which monitored the movement of road users including pedestrians, cyclists, cars, and trucks to identity potential hazards. The sensors were able to detect potential hazards within 0.2 seconds, the state government said.

The trial also investigated ways how lidar sensors could be provide hazard warnings to connected vehicles. 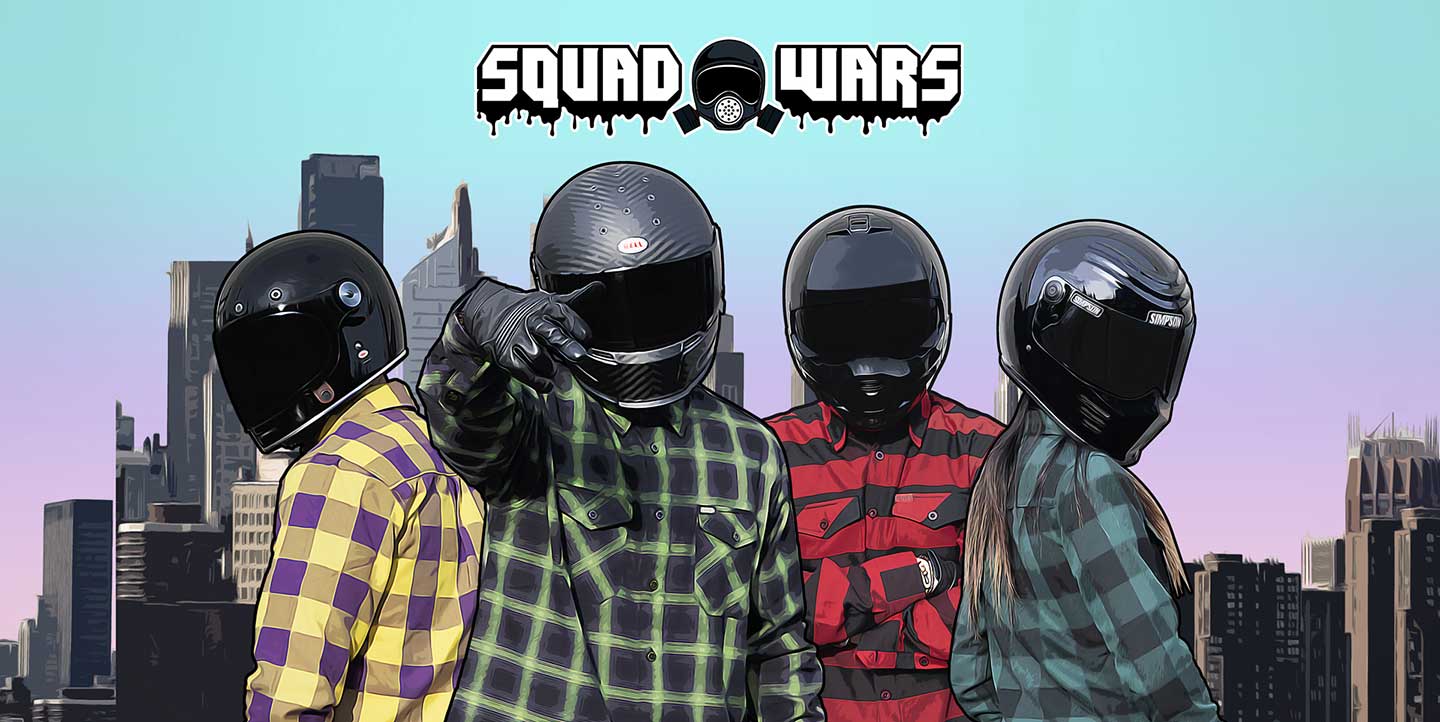 Those interested in participating will first need to download the Squad Wars: Coast to Coast‬ app and create an account. Once that is done, it is recommended to visit the Squad Wars webpage to either create or find a squad to join, before doing so in the app. The new game utilizes underlying Eventzee technology which allows for team play. The challenges will require a majority of squad members to complete them before their points will be counted on the leaderboard. The virtual events, which feature gps, photo, video, and quiz challenges, are expected to end sometime in September.

“Barnes Harley-Davidson has been great to work with as they are constantly pushing the envelope,” said Craig Holland, CEO of Freeze Tag, “Many features they’ve requested have added polish to Eventzee’s functionality.”

“We’ve been looking forward to launching Squad Wars since the day we started working with the Eventzee team,” said Kiran Rancourt, Marketing Manager for Barnes Harley-Davidson. “We’re thrilled to offer motorcycle riders an opportunity to have activities they can enjoy with others who share their passion for riding.”

If you’re interested in hosting an Eventzee scavenger hunt visit our website and contact our team to set up the best package for you. You can also email us at sales@eventzeeapp.com or call us at 714-210-3850 x15. Eventzee is ideal for trade shows, conferences and orientations. Businesses can use the app to drive traffic to specific locations, promote vendors or products and increase social interactions, while observing appropriate social distances. Some clients use Eventzee to hold contests and give away prizes to their most engaged customers. There are many ways Eventzee can help you achieve your business goals. For more information visit https://www.eventzeeapp.com/.

About Freeze Tag, Inc.
Freeze Tag, Inc. is a leading creator of mobile location-based games for consumers and businesses. Our portfolio includes hits such as Munzee, a social platform with nearly 10 million locations worldwide and hundreds of thousands of players that blends gamification and geolocation into an experience that rewards players for going places in the physical world, Garfield Go, a Pokemon Go style augmented reality game based on the iconic cat Garfield, WallaBee, an addictive collecting game with over 2,200 beautifully drawn digital cards, as well as many social mobile games that provide endless hours of family-friendly fun. We also offer our technology and services to businesses that want to leverage mobile gaming in their marketing and branding programs. For example, our Eventzee solution allows businesses to create private scavenger hunts in physical places such as malls, tradeshows, company events or campuses to create immersive brand experiences. For more information about Freeze Tag, go to: https://www.freezetag.com 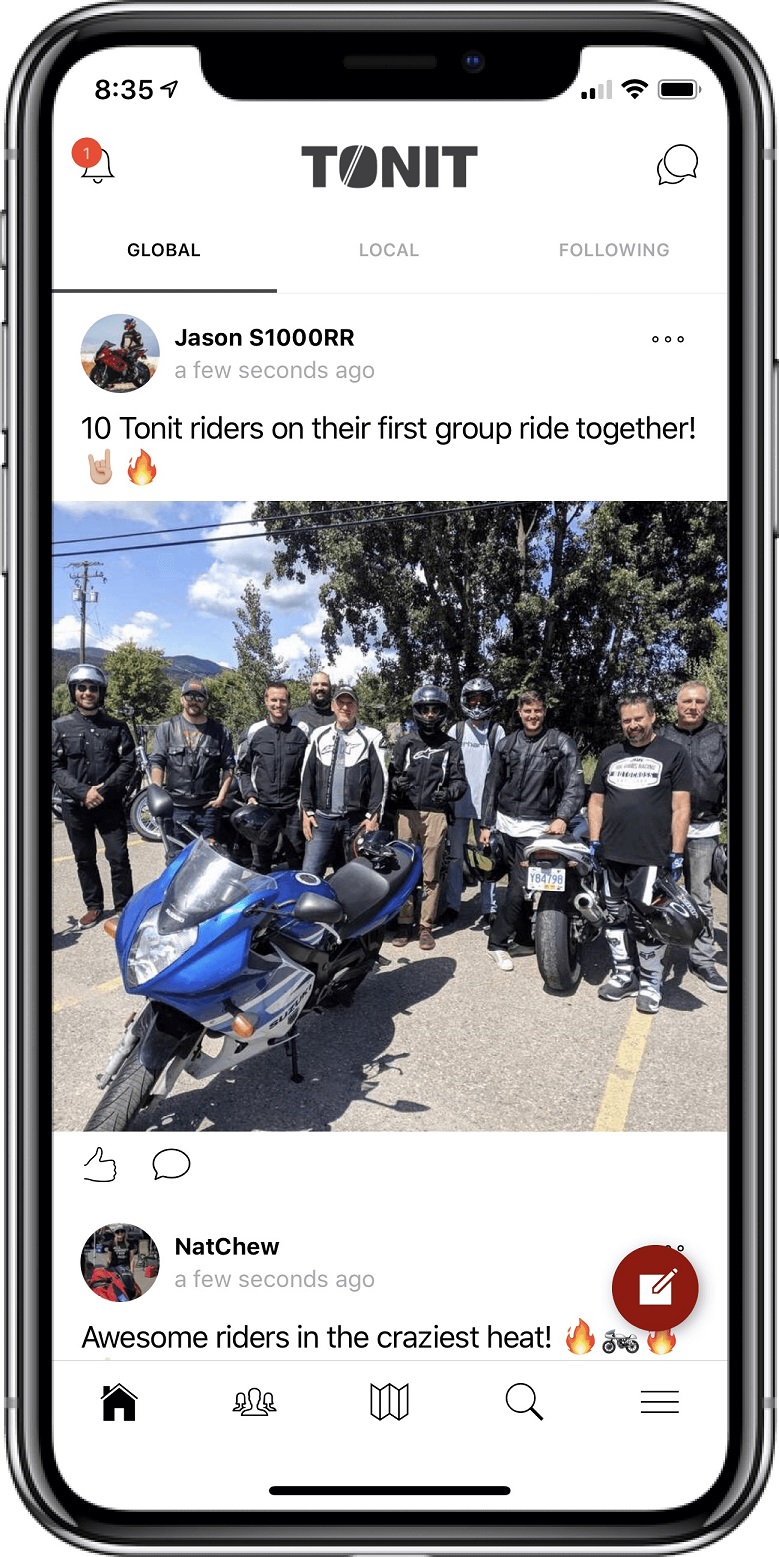 Kelowna, BC – August 9, 2019 – Tonit, the motorcycle community app built by riders for riders, today announced the release of their new Video Feature, which makes sharing motorcycle content more versatile and engaging. Members will now be able to snap and feature up to 60 seconds worth of video on their profiles, and view the latest clips posted on their feeds.

The Tonit app was developed to be a social hub for motorcycle riders to connect with one another and foster a strong community. On the app, riders can meet, post photos and videos, share tips and tricks, track and share riding experiences, and stay safer on the road.

“Our members asked for it, and we listened,” said Jason Lotoski, Founder and CEO, Tonit. “Tonit is 100% developed from the community’s voice. The new video feature is cementing Tonit’s place as a must have social-media platform for riders across North America. We will continue to roll out new app features and improvements quickly to keep meeting member requests that help build a better experience for the community.”

Tonit can be downloaded for free on Google Play or the App Store.

Motorcycle social media app Tonit has devoted itself to uniting and growing a global network of motorcycle riders. With over 200k users in less than 8 months, the app allows people to create profiles, connect with other motorcyclists, join group rides, and attend motorbike-centric events.

A near fatal accident didn’t stop Natalie from getting back on the open road.

When she was young, Natalie yearned to one day have her own motorcycle. She made her dream a reality when she purchased her own Yamaha, and could finally experience the thrill of riding solo and getting involved in the local motorcycle community.

Things took a turn for the worse and she was involved in a near fatal accident that left her dreams – and bones – broken. Natalie was told that she wouldn’t be able to walk for up to a year. Five surgeries, organs removed, and one titanium pelvis later, Natalie’s passion for riding drove her to get back up again. Three months after her accident, she was back on wheels– and not the wheelchair kind.

One of the things that helped Natalie stay positive throughout her traumatic ordeal was the Tonit community that would be there to welcome her return to the road.

For motorcyclists riding in groups or flying solo, no resource offers a more authentic way to connect with other passionate riders than the Tonit app.

Tonit, the motorcycle app built for riders by riders was developed to bring motorcyclists together both online and on-the-road through an interactive and inclusive social community. Motorcyclists across the globe use Tonit to connect with other riders, share bike-related content, map and track riding experiences, and stay safer on the road. Riders can find new people to hit the road with based on location and riding style, and, once in touch, easily plan group rides. Routes and stats can be shared with the Tonit community so that riders can discover new locations, share intel about best routes, provide maintenance tips and tricks and post photos and experiences. Launched late November 2018, Tonit has over 60,000 downloads and 50,000 active users and four months later was the #1 trending lifestyle app on Google Play. Tonit is a free download on both the Google Play and App Store. Visit tonit.com to learn more.