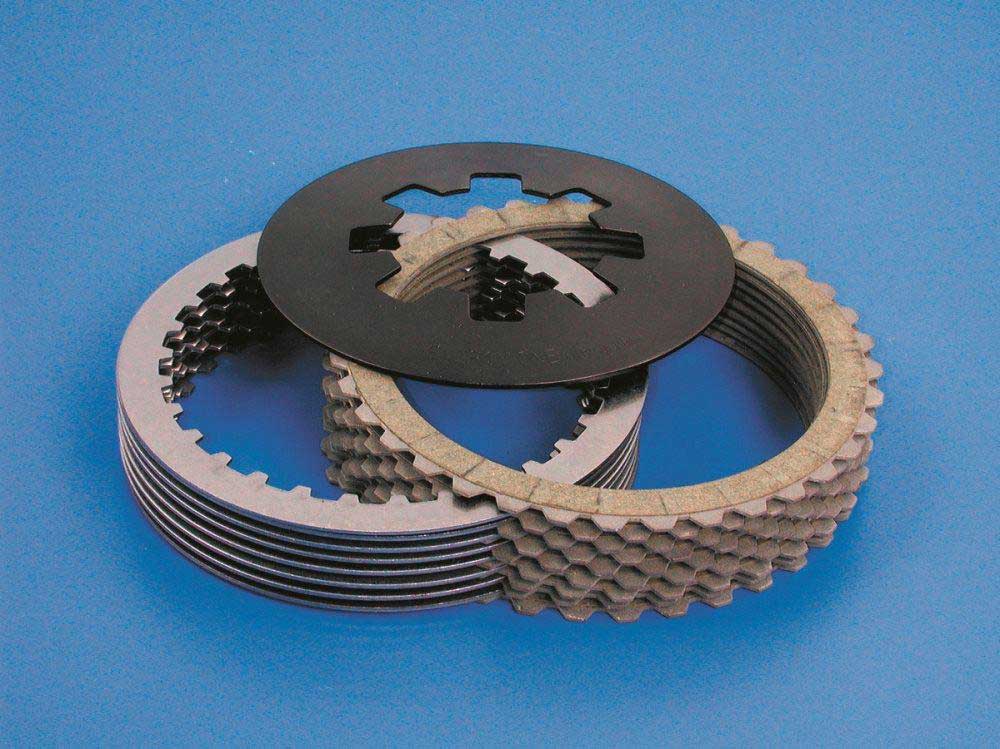 Designed specifically for 1990-97 Big-Twin & 1991 to present Sportster (XL) applications the BTX-11 performance clutch plate set consists of 9 friction plates and 8 steel plates, The friction plates have a larger contact surface area for more grabbing force. Add the 15% stronger diaphragm spring for more force. More force is more power and that translates to more torque and horse power to the rear wheel. The new plate set runs just #147.00. Get all the details and order direct at www.beltdrives.com

Turn your BMW adventure scooter into an art deco masterpiece 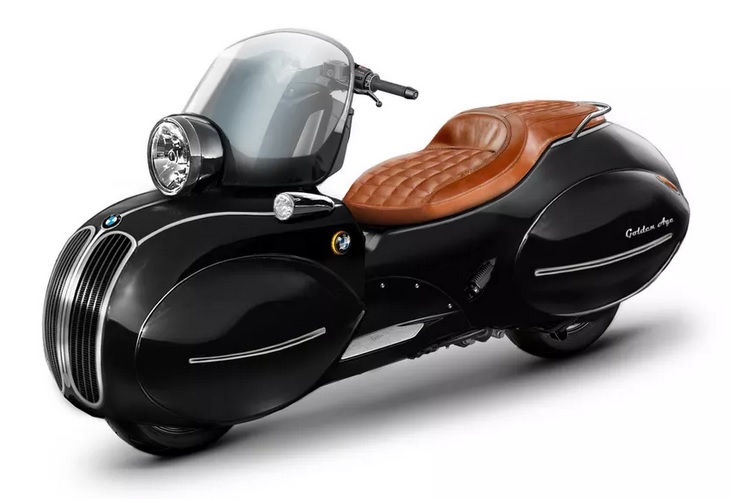 NMoto is working on its Golden Age kit to transform the BMW C400x scooter into a prewar work of art.

So, here’s the thing. Most scooters aren’t very cool. Vespas get a pass, obviously. So too does the Honda Ruckus, because it’s weird and utilitarian. A Quadrophenia-cosplay-type Lambretta would also have my respect, but anything else? It’s going to be a tough sell.

Take the BMW C400x, for example. Is there anything particularly wrong or weird about it? Nope. It’s reasonable and affordable motorized transportation, of which, frankly, I’m a fan. I just can’t get over the inherent not-motorcycle-ness of it, though, which is why a concept from a company in Florida called NMoto has my stoke level pegged.

The kit was debuted recently and is called “Golden Age,” and as you can see from the images, it takes the humble C400x and transforms it into a piece of art deco alternate-history brilliance. How does it do that? Well, the kit hasn’t made its official debut yet, but we suspect that it will involve a not-insubstantial chunk of money and a similarly weighty piece of your time, but the results look worth it.

I like the Golden Age’s bubble fenders and round headlight pod, but I absolutely love the narrow prewar BMW kidney grilles on the front. The whole thing is executed way better than it has any right to be.

If you’re curious about the C400x on which this concept is based, it’s got a 350-cc engine that makes a claimed 34 horsepower and 26 pound-feet of torque. That energy is routed through a CVT transmission, which is pretty standard fare for a scooter. The thing also has plenty of storage, a big gas tank and a nice, relaxed riding position, again, because: scooter. Finally, BMW charges $6,795 for it, making it expensive as scooters go but cheap compared to a car or most European motorcycles.

NMoto says that the design work is done, but that it’s still in the prototype phase and expects to give the Golden Age its debut sometime in the spring of 2020. That should give me plenty of time to start shopping for gear that will make me look more like the titular character from Disney’s The Rocketeer. 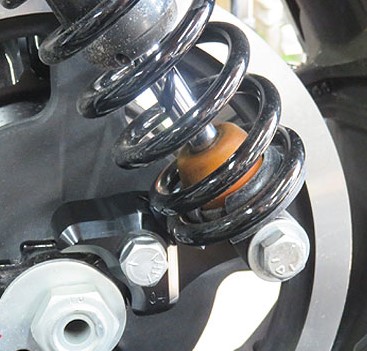 October 15, 2020 – Fort Worth TX – Confidence – that’s the feeling motorcycle riders are after when handling their motorcycle. For many, confidence comes with solid footing at a stop, often achieved by lowering the seat height of their bike. The new Biker’s Choice Lowering Kit for Harley-Davidson touring bikes is the most economical way to attain a lower seat height.

“Most riders who want a lower seat height invest hundreds of dollars in new rear shocks, which is an expensive way to go,” said James Simonelli, brand manager for Twin Power and Biker’s Choice products. “Our lowering kit allows riders to keep their existing shocks and lowers the seat by a full inch.”

“All sizes of riders have asked us for this product, not just short guys and women,” Simonelli continued. “With long distance riders adding pads and touring seats, lots of riders can use that extra inch of confidence.”

The Biker’s Choice kit adjusts the bottom mounting point for the shock. Riders with stock or aftermarket shocks on their 2009 to 2020 Harley-Davidson touring bikes can use the kit. It’s finished in black (P/N 483294) and retails for $94.95.

The LLP-JD-TR-8400-V5 LED light kit for John Deere 8400 features four LEDEQ-3X2-CPR work LEDs with two providing a spot beam configuration for use on the front grill with the other two in a flood beam configuration for grill flood light use. These 30-watt lights produce a total of 8,400 lumens of light output and feature 9-64V DC input voltages with an electrical current of 2.8A. The color temperature of these lights is 6000K and can withstand rough treatment and immersion up to 3.3 feet.

The LEDEQ-3X3-CPR work LEDs feature two lights in a spot beam configuration for use on the rear fender and two lights in a flood beam configuration for use as the rear cab flood lights. These lights produce a total of 11,900 lumens of light output. These 45-watt LEDs feature 9V-64V DC input voltages and an electrical current of 2.8A. The temperature rating of these lights is 6000K to 6500K and are capable of withstanding rough treatment and immersion up to 3.3 feet.

Larson Electronics’ light kit for John Deere 8400 tractors feature LEDs that have a 50,000-hour lifespan and 9V to 42V compatibility. These lights can be mounted using a U-bracket style trunnion mount on John Deere 8400 model tractors. The housing materials are made of aluminum and the lamp lenses are polycarbonate. 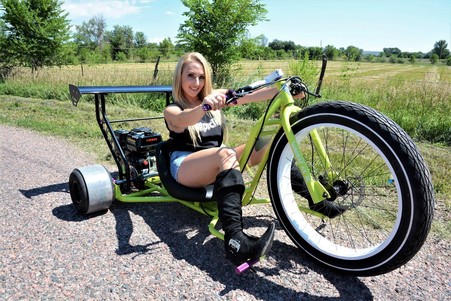 Drift trikes aren’t new. They were known as Big Wheels or Green Machines in the 1970s. These featured mechanical tricks you might recognize on modern drift cars like “stick shift” brake handles and absurd steering angles. Fuzzy wristbands, Keds, and sliding sideways on a Big Wheel made for serious street cred in 1976.

Big Wheels and modern drift trikes have many decades to evolve and in between, Harbor Freight began selling the Predator 212cc 7hp engine for about $100. When technologies converge, the cosmos endures a cultural melting pot of dreams, functions and thrills resulting in a triumph of the TinkerHead. Get ready for a $500 motorized drift trike you can build in the garage. Your own personal hotrod ready to rumble.