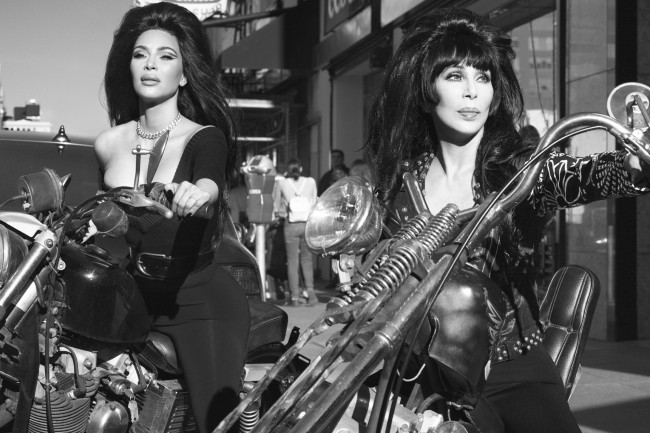 Because they’re rich and famous, artists have access to some of the newest and most awesome rides, whether they’re cars, motorcycles, bikes or anything in between. Some they buy, some they get to try out and keep, as long as they can guarantee exposure to the brand.

Artists and celebrities are also influencers, in that they can sway public opinion towards a certain product. Sometimes, their choices are very personal and don’t have a financial goal in sight – and this seems to be the case with the three celebrities we’re going to discuss today. Call them closeted Harley riders and you wouldn’t be completely off the mark.

Given the boom in paparazzi media over the past decade and the way artists (be they actors, musicians or Internet celebrities) have been using it to further their careers, the realization that there are stars who fly under the radar comes across as strange. This allows them to harbor and feed their true passions and, for these three, those passions include riding Harley-Davidson.

Think of male celebrities riding Harleys (or any other motorcycle, for that matter) and images of Brad Pitt, George Clooney, Justin Timberlake, Keanu Reeves, David Beckham and Jason Momoa pop into your mind. They are, if you think about it, all men’s men: buff, tough, rough and, because of it, a perfect fit on a Hog.

As it turns out, so is Jim Carrey. In the early 2000s, the comedian treated himself to a custom Harley-Davidson Road King Classic, surprising even his loyal fans with his choice. After all, Carrey is known for a lot of stuff, but being the “Harley type” isn’t exactly one of them. He’s more the goofy, silly, occasionally artsy type.

Always the funny guy, though, Carrey brought his trademark humor to the Hog, according to an urban legend. Apparently, thinking it would be hilarious if he could somehow “prank” cops, he got the vanity license plate “NO TAG” for his Harley, but the idea backfired.

“No tag” is what traffic police officers write in the license plate number slot of a vehicle with no license plate during a traffic stop. Because that was Carrey’s actual plate, countless traffic tickets ended up being routed back to him.

There’s no actual evidence Carrey confirmed the report, but such an occurrence can happen. As one hacker proved at DefCon 2019, you get the same result if you try to “trick” the DMV by getting the “NULL” license plate. In short, it’s not a good idea.

Cher has always been a tough babe with an image to match, but unlike younger stars with a rock ‘n’ roll or edgier image, in her case, it’s actually grounded in reality. Cher was a longtime Harley-Davidson rider and would often use her passion and her fame to highlight charitable causes close to heart.

Younger audiences today probably don’t know about it because, well, they’re young and Cher is not anymore – even though you wouldn’t be able to say by looking at her.

Back in the ‘90s and early 2000s, the singer owned a 1994 Fat Boy, which she would often ride at Harley gatherings, all types of parades or charity events. For instance, in 1994, she made an appearance at the Happy Harley Days at Streets in Beverly Hills, California. Then, in 2003, she rode it again to New York’s City Hall on Ride To Work Day, together with other stars like Sylvester Stallone, Arnold Schwarzenegger, Peter Fonda and Hulk Hogan.

By some accounts, Cher sold her bike in 2003, but the love for the spirit of Harley never died. In 2013, for example, she showed up for a live performance on The Today Show on the back of a NYPD bike – and with a full NYPD bike escort.

Liz is the most surprising Harley rider on this short list. The screen icon, famous for her mermerizing eyes, adventurous love life and, last but not least, a completely uncensored love of diamonds, is the least likely match for the “biker type.” Yet, she owned a Harley, loved it and rode it for quite some time.

In September 1987, Taylor was presented with a very unique gift by her good friend and occasional lover, magazine publisher and bike collector Malcolm Forbes: a custom 1988 Harley-Davidson 883 “Hugger” she named Purple Passion. Purple, as you may have heard, was Liz’s favorite color.

Forbes had his own motorcycle club, the Capitalist Tools, and Taylor would often go on rides with them. When she got the Harley, she’d been taking riding lessons for a few weeks, so her first ride was on the back, with Forbes in the front. After that first experience, she described her new bike as “super.”

As a welcome into the small community, Forbes also gave Taylor a biker ring and she got fake tattoos on her arms. She presented him with a silver ring – a helmeted skull with ruby eyes – as a thank-you. Photographic evidence shows Taylor continued to ride for years after that, so unlike her lovers, the Harley didn’t bore her right away. 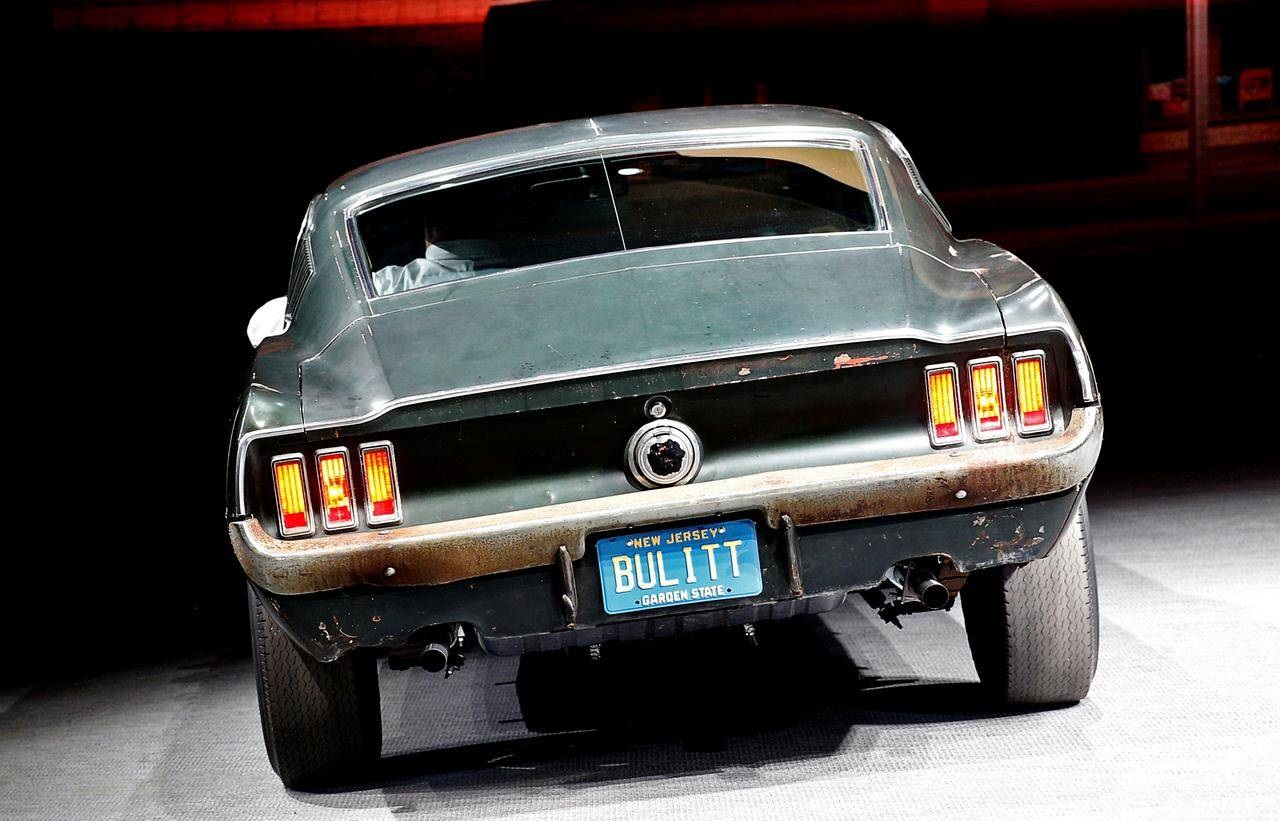 This was the highest price a Ford Mustang ever fetched in any auction.

The 1968 Ford Mustang GT that Steve McQueen drove in the classic car chase from the movie “Bullitt, one of the most famed cars from American cinema, sold for $3.4 million (£2.60 million) at auction in Florida on Friday, Mecum Auctions said.

It was the highest price ever paid for a Ford Mustang at auction, according to David Morton, marketing manager for the auction house in Kissimmee, near Orlando. The buyer has not been publicly identified.

“The hammer dropped at $3.4 million, but with buyers’ fees, the total cost is $3.74 million,” he said, adding it shattered the auction house’s previous record set last year of $2.2 million.

The unrestored muscle car, its “highland green” paint looking rusty and black upholstery splitting apart, starred in a 10-minute sequence in the 1968 film, getting airborne a few times as it sped through the hilly streets of San Francisco.

The car was auctioned without a reserve, or minimum sale price, a risky decision that could have forced the owners to sell low.

McQueen filmed with the window down so viewers could see he was behind the wheel. Although credited as the driver, McQueen actually shared the wheel with Hollywood stunt driver Bud Ekins, according to the movie database IMDB.

Many movie buffs view the chase as ground-breaking for its duration and white-knuckle drama. The sequence forgoes a score in favour of roaring engines and screeching tires. McQueen, playing the no-nonsense police Lieutenant Frank Bullitt, was chasing bad guys who drove a black 1968 Dodge Charger.

After filming, the Mustang was sold to a Warner Brothers employee, and later to a New Jersey police detective. He in turn sold it for $6,000 in 1974 to Robert Kiernan of Madison, New Jersey, who held onto the car until he died in 2014.

Kiernan rejected multiple offers for the car, including one from McQueen himself, according to the New York Times. He left it to his son, Sean.

“I would like to appeal to you to get back my ’68 Mustang,” McQueen wrote to Kiernan in 1977, according to the Times. “I would like very much to keep it in the family, in its original condition as it was used in the film, rather than have it restored; which is simply personal with me.”

McQueen died in 1980 at age 50. Robert Kiernan never responded to McQueen’s letter, which Sean Kiernan still has, the Times said.

Sean Kiernan told Mecum in a promotional video that his mother drove the car until the clutch failed in 1980. It went nearly 40 years without being driven until recently, with 65,000 miles on the odometer, Kiernan said.