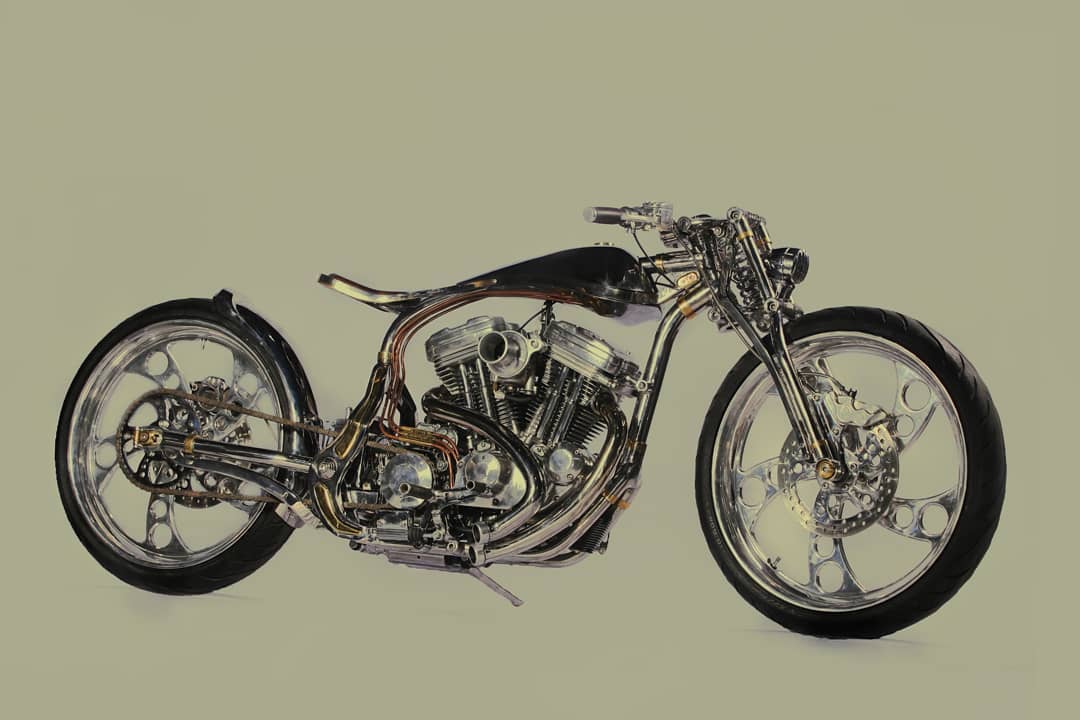 As much as you appreciate a good – and good-looking – motorcycle from any manufacturer out there, there is no denying there is but one way you’re guaranteed to stand out: with a custom build.

That’s what Tedja Wijaya was also thinking when he approached his friend Andi from the custom shop Kromworks in Indonesia, with the request that he build him a bike that would truly be one of a kind. Andi and the team build for him the Harley-Davidson-based sportster known as Sultans of Steel.

Sultans of Steel was completed and delivered at the beginning of the year but, given the location of the custom shop and the fact that 2020 has proved to be, generally speaking, the absolute worst, news failed to register on the international radar. The bike is so beautiful and beautifully executed that we couldn’t have overlooked it and not included it with similar pieces of art, detailed as part of our Custom Builds Month theme.

The Sultans of Steel rolls on 23-inch (58.4-cm) rims with Avon rubber, and features an exposed Sportster 883 engine, H-D Softail rear shocks and catalog brakes, but otherwise it’s Andi’s work of art. It’s a superbly crafted piece of jewelry that stands as tribute to raw metal, and simplicity as the ideal means for said tribute.

Crafted from stainless steel, with the occasional brass inlays for necessary contrast, the detailing on this bike is astounding. With curves and aggressiveness overload, it stands out for stark minimalism in the design, as well as the refusal to use any other material than those mentioned.

There is a single downtube and a single backbone, while the double cradle design stands out for extreme curvaceousness. Both the vintage leather seat and the rear fender seem to float in mid-air, but there is no break in the flow; this doesn’t do away with the impression that this bike was molded out of molten metal.