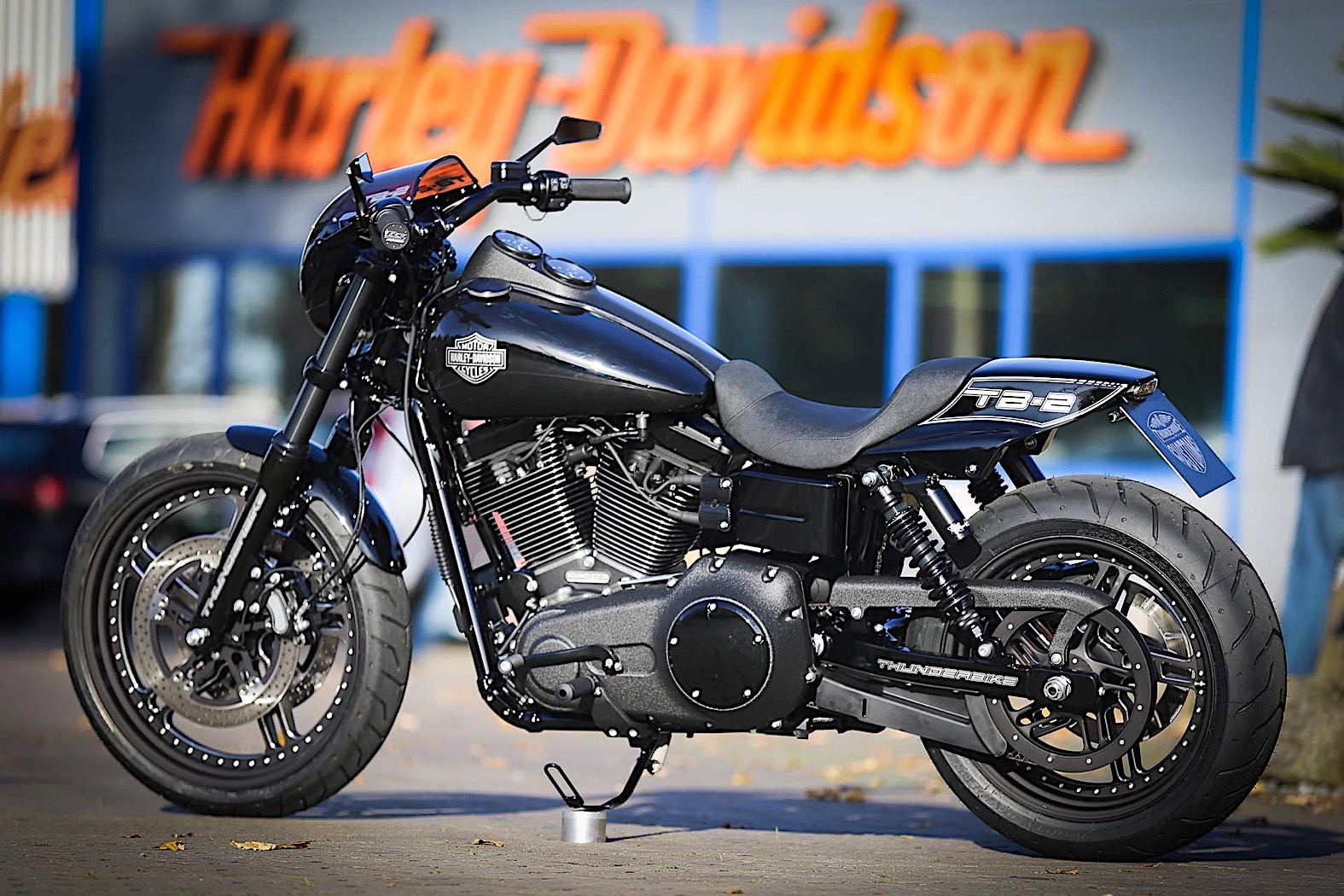 As part of autoevolution’s Custom Builds Month, we talked aplenty about a number of customized Harley-Davidson motorcycles handled all the way in Germany. The country is home to a very active shop called Thunderbike, who over the past 25 years has made a name for itself in the industry with literally hundreds of projects.

On Monday, July 13, we talked about the TB-1 Superbike, a conversion of a Low Rider S the likes of which we don’t get to see that often. As it usually happens with Thunderbike ideas, the TB-1 has a sequel of sorts.

It is called TB-2, naturally, and is, at least as far as the paint goes, a more conservative approach than it’s older sibling.
Most of the changes designed for the TB-1 have been kept on this one. The bike’s stock wheels (19-inch front and 17-inch rear) have been replaced with bigger hardware, namely 21-inch front and 18-inch rear, to give the machine a “slimmer” look.

Turning the Low Rider into a racer-style bike was achieved through the fitting of a lowering kit for the telescopic fork, Hyperpro shock absorbers with height adjustment, and of course a custom new front fairing.

The listed of custom parts fitted on the motorcycle comprises around 20 elements, and even if we are not told how much the conversion cost, simple math (that is adding the prices of each of those parts) points to it being worth a little over 5,000 euros (roughly $5,600). That does not including the bike itself, the man hours spent on assembling it, and of course the base Low Rider.

The thing that sets TB-2 apart the most from its earlier incarnation is of course the paint job. Whereas on the first iteration the shop went for a dark look offset by yellow lettering spelling the names Harley-Davidson, Thunderbike and TB-1, this time around we are presented with an anthracite grey look all around, dotted by white lettering.