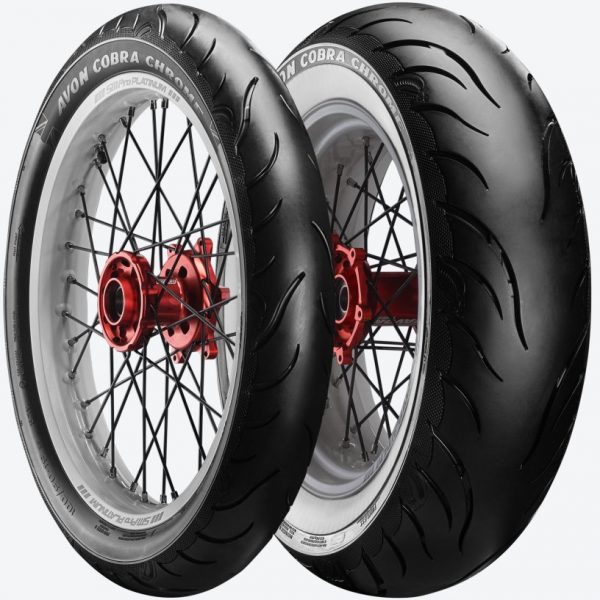 If you have these, they’re dangerous and need replacement.

Tires are definitely near the top of the list of things on your bike that you don’t want to spontaneously fail. Avon Tires is issuing a voluntary recall on certain Cobra Chrome motorcycle tires because there’s an increased potential for complete tire failure, which could rapidly cause riders using affected tires to lose control and/or crash.

These tires may wear unsatisfactorily and give you a less than stellar ride, and your steering and feel for motorcycle control may be affected. However, the most serious part of the defect that Avon lists is this: “If undetected, affected tires may develop an in-service inner-liner degradation, ultimately resulting in an increased potential of tire failure that could lead to the rapid loss of inflation pressure, motorcycle control, and increase the risk of a crash.”

Avon requests that you use the information above to check your tires. If you believe any tires you have are affected, you should contact the dealer from which you purchased the tires. You can also contact Cooper Tire directly for matters pertaining to this recall. Either way, you should arrange for inspection and replacement, free of charge, under the terms of this recall.

Above all, if you believe your tires are affected, you should avoid riding at high speeds on these tires until they have been inspected and replaced. Also, if you had one or more tires that were affected but have already replaced them out of your own pocket, you may be eligible for reimbursement. Contact Cooper for more details.