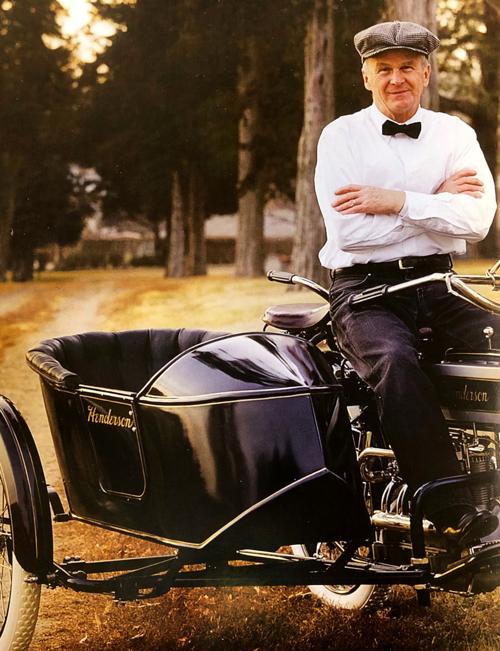 Seen with a 1919 Excelsior motorcycle with sidecar, motorcycle collector Richard Schultz will have vintage motorcycles on display Aug. 3-29 at the Betty Strong Encounter Center.

The Betty Strong Encounter Center will rev up its engines as collector Richard Schultz brings his “Marvelous Motorcycles” to the center’s atrium Aug. 3-29.

Among the vintage motorcycles will be a 1938 Indian 4-Cylinder and a 1941 Harley Davidson Military Prototype.

Schultz has been active in the Antique Motorcycle Club of America for more than 48 years and was its former national director. In addition, he has published two books for enthusiasts, including one about Henderson Motorcycles, that featured a forward by Jay Leno.

Admission to the Betty Strong Encounter Center and the adjoining Sioux City Lewis & Clark Interpretive Center is free. For information on the center’s programs, call 712-224-5242.