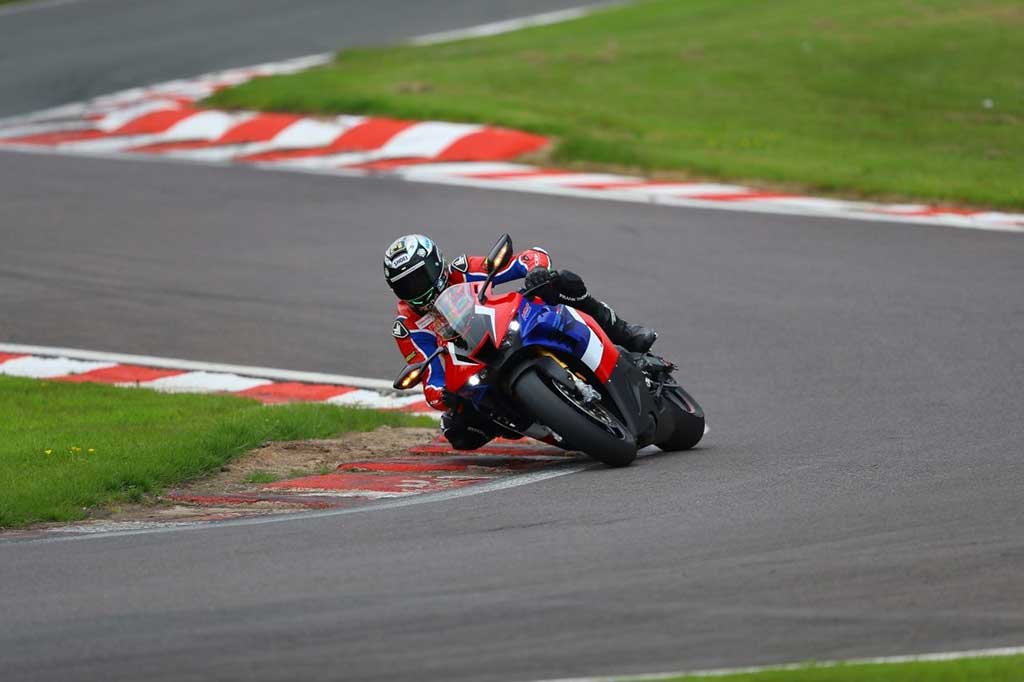 Honda has pitted the new CBR1000RR-R Fireblade SP against its racing version on a track to prove how fast it can be in the right hands. With slick tires, the sport bike is as close to a street-legal MotoGP racer as possible.

The resemblance between the two is normal, as British Superbike rules mandate that the race bike must be developed from the homologated production motorcycle. Therefore, the chassis and the engine are identical, but the race bike has a few tweaks within regulations to allow it to be even faster.

According to the rulebook, the Honda CBR1000RR-R Fireblade SP’s racing version must have a spec ECU, which allows it to rev even higher than its street-legal brother. The gearing can also be changed according to various necessities, depending on the track and rider preference, along with a minimum weight of 168 kg (370.37 lbs.).

To prove just how fast the street-legal version of this bike can be, Honda Racing UK British Super Bike racer Glen Irwin took both bikes on the same day at Oulton Park International Circuit. We are talking about a 2.69-mile (4.33 km) track in the UK and identical riding conditions. Honda even fitted both bikes with the Pirelli Diablo Racing slicks (SC0 compound) to allow a direct comparison between the two bikes.

The street bike was still fitted with the stock mirrors, standard toolkit, and everything else one gets when buying a new Honda CBR1000RR-R Fireblade SP. The slick tires were the only change from the stock condition, and the team did not alter any settings on the bike.

Glenn Irwin rode each bike for six laps, and he managed to set a time of 1’39.054 on the production CBR1000RR-R Fireblade SP, which is just 2.872 seconds more than what he did with his British Superbike Fireblade.

Trap speed was 210.5 km/h (130 mph) on the street-spec bike, which is just 6.8 km/h (4.2 mph) slower than the race model, which goes to show how far have sport bikes gone in past years. The only thing left is for their riders to improve their skills on the track before thinking about changing anything on a stock super sport motorcycle.