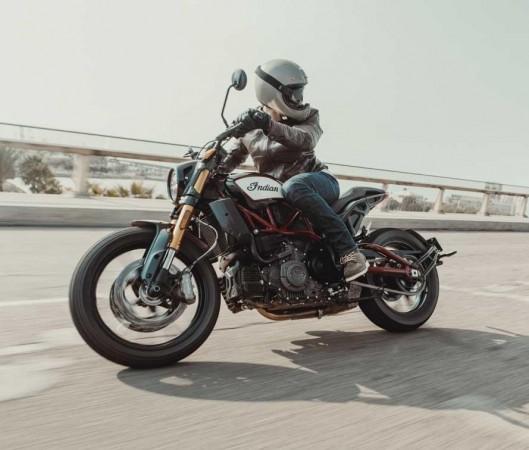 by Syed Shiraz from https://www.ibtimes.co.in/

Muscle bikes are the rebels of the motorcycle world. Let’s take a look at a few of them before the electrics finally take over.

What are muscle bikes? Well, the simple definition is: Muscle bikes are street legal drag bikes that can also cruise comfortably. In other words, these are bikes that can amble along easily with the laziest of cruisers but can also fluster the quickest sportbikes on dragstrips. Let’s take a look at some of the best muscle bikes in India.

The Rocket 3, since 2004 when it was first launched, has held the record for being the motorcycle with the biggest engine in the world among series production motorcycles. It used to come with a monstrous 2.3-liter inline-three motor, but Triumph apparently thought that it was not big enough so they gave the all-new Rocket 3 launched last year a 2.5-liter mill.

It now makes a locomotive pulling 221 Nm of torque, which is again the highest figure in the world among all production motorcycles. While at it, they also brought the weight down of the motorcycle by 40 kilograms! It’s priced at Rs. 18 lakh.

Please note that all prices mentioned in this article are ex-showroom, PAN India prices.

This motorcycle has long been discontinued, but it earns a mention here as it’s the one that started it all, that too way back in 1985! In fact, it did something back then that no other motorcycle in this list (yes, not even the Rocket 3) does even right now—it made way more horsepower than the fastest sportbike of its time!

The 1985 Yamaha V-Max was pushing around 145 horsepower when the fastest motorcycle of the time, the Kawasaki GPZ900R, was making just around 115! The torque figures were not any less astounding either—the Yamaha produced more twisting force (112.7 Nm) than what Honda’s Gold Wing of the time (GL 1200) made (105 Nm).

Well, the last V-Max was not far behind. It was producing close to 200 horsepower, which was more or less on a par with what the fastest motorcycles were making (Suzuki Hayabusa, Kawasaki Ninja ZX-14 R, BMW S1000 RR, Ducati Panigale 1299, etc.; the V4 R was nowhere in the picture back then). Torque output too, at 167 Nm, was not much less than the current Honda Gold Wing’s 170 Nm.

The V-Max was being sold for around Rs. 30 lakh by Yamana India. Used examples are hard to come by as owners don’t part with them easily.

These are Ducati’s repeated unsuccessful attempts at making cruisers. They really wanted to make cruisers but ended up making drag bikes instead. The buyers aren’t complaining though.

The only muscle bike that will keep going even after the road ends, which makes it the best Indian for Indian conditions. It’s almost as light and as good a handler as the Ducatis, but cheaper than both of them. Prices start at Rs. 14.99 lakh.