Millennials Are Suckers for the Damon Hypersport Electric Motorcycle 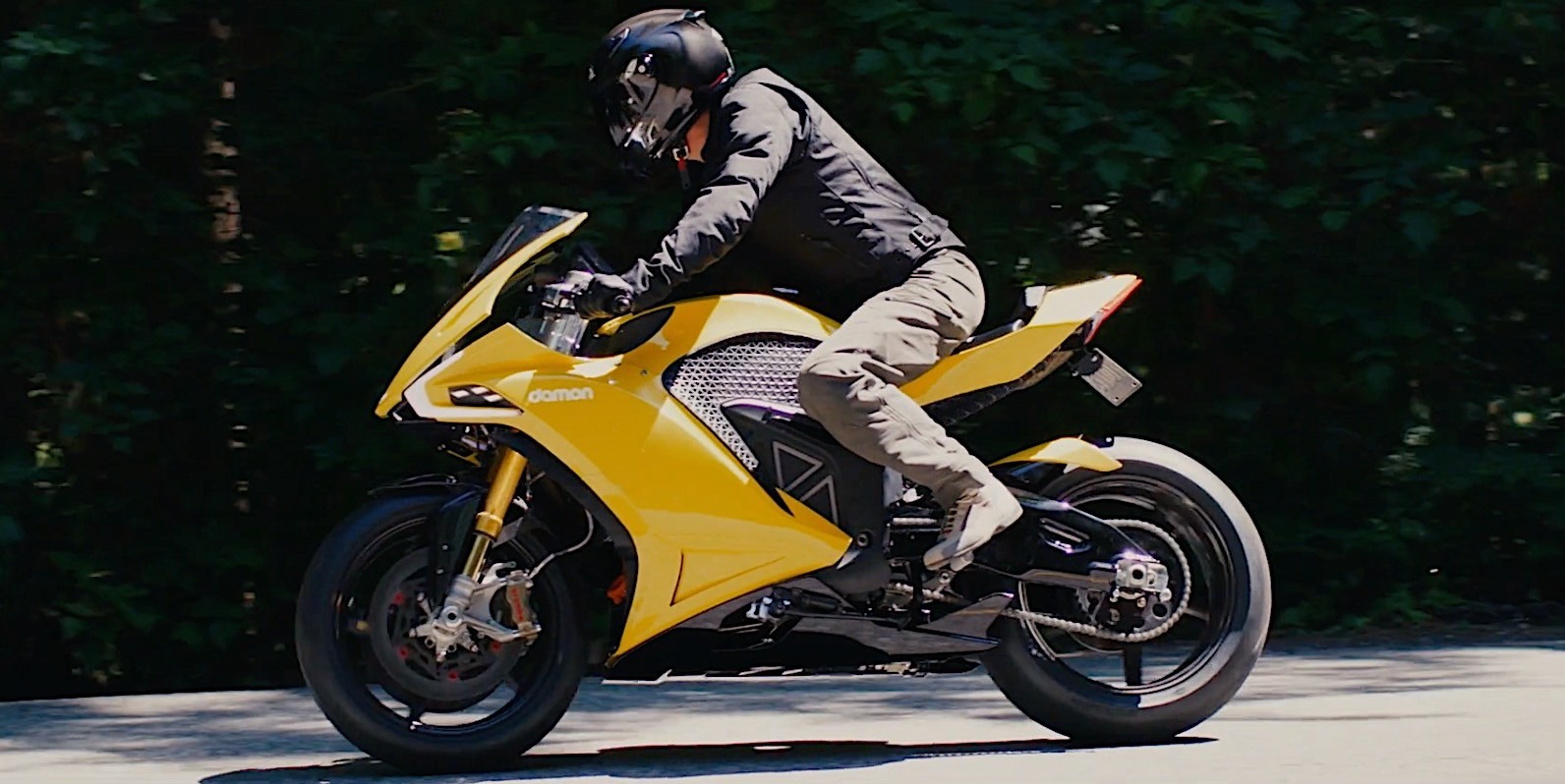 It probably won’t be long until the electric motorcycle segment takes off, just like electric cars have started becoming more and more desirable not long ago. The difference is that in this case it will be the startups leading the charge, rather than established bike builders.

So far, the big names of the industry have steered clear of actually committing to electric bikes, with the exception perhaps of Harley-Davidson. The American-made LiveWire, once fully on the market, might just open up the buyers’ appetite for this kind of machine.

And the appetite is clearly there, even if prices for electric bikes are still extremely high. An example to that is Damon, a Canadian startup that is planning to make a splash with the Hypersport.

We’re talking about a high-tech bike that develops 200 hp from an electric powertrain and should provide 200 miles of range from a 21.5 kWh battery. These figures certainly place it at the top of the food chain in its segment.

It’s not only the powertrain that makes this bike unique, but also the technologies that were poured into it. Packed with cameras, sensors and radar, all ran by an artificial intelligence system, the Hypersport creates a virtual bubble of safety around the rider and the bike, sending the information it gathers via haptic feedback in the grips and on the windscreen edge.

These features seem to have prompted people into really liking the offer. At the end of March, as Damon announced it acquired Mission Motors, a supplier of electric vehicle components, the company’s COO Derek Dorresteyn hinted that the entire 25-units run of the Hypersport Founders Edition has already been spoken for, at roughly $40,000 a pop. And a good portion of buyers are millennials.

“Half the people ordering are under the age of 40. It really speaks to product market fit,” said Damon CEO Jay Giraud according to TechCrunch.