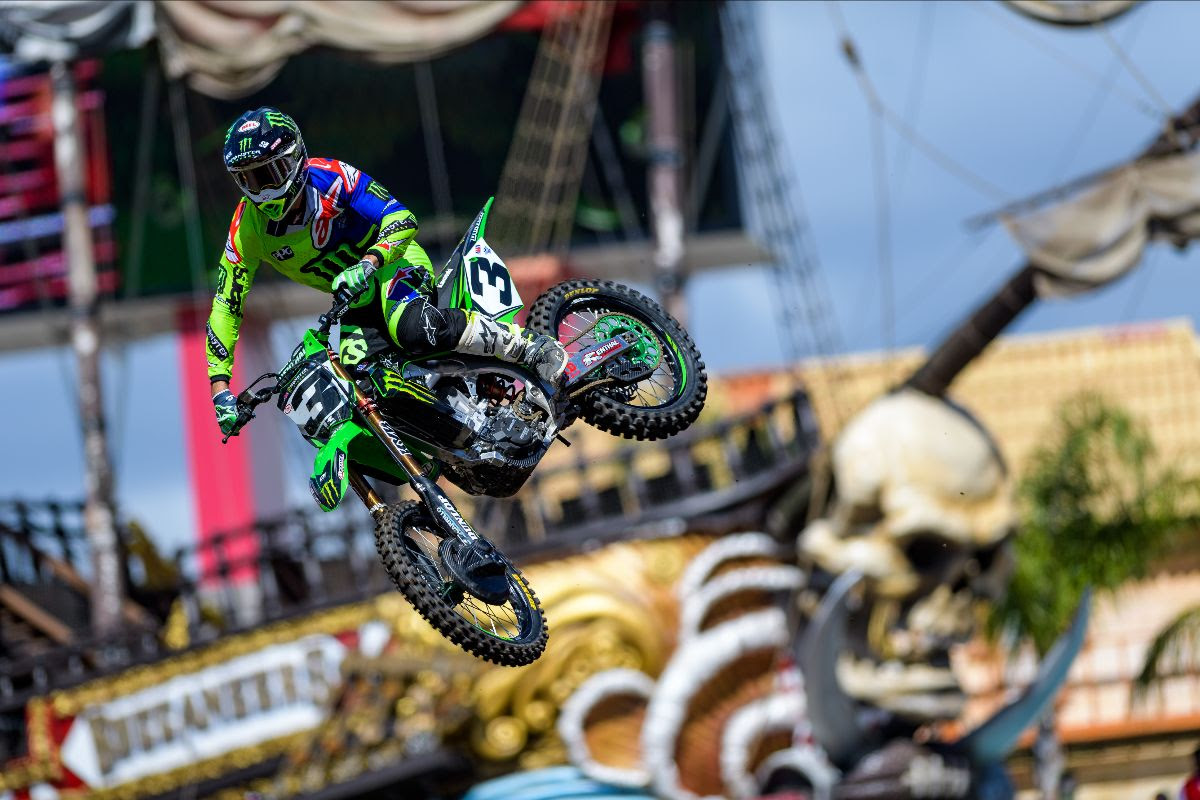 The First of Many

After a 19 year hiatus of racing in Tampa, Florida racing resumed in 2018 at Raymond James Stadium where Kawasaki riders swept both classes with Eli Tomac winning the 450SX class and Austin Forkner won the 250SX class. It is also the only time that any manufacturer brand has swept the Tampa Supercross race.

Jordon Smith – #54
“I am really excited to get back behind the gate this weekend. It has been a long time since I’ve lined up, but I absolutely love my new Monster Energy/Pro Circuit/Kawasaki KX250. I feel like I am gelling really well with the team and we’ve been putting in a lot of work this offseason. I am ready to let it show!”

Garrett Marchbanks – #36
“We learned a lot last year and it was great to earn the Rookie of the Year title, but we are looking for a lot more this year. I am excited to show all of the hard work I have been putting in.”