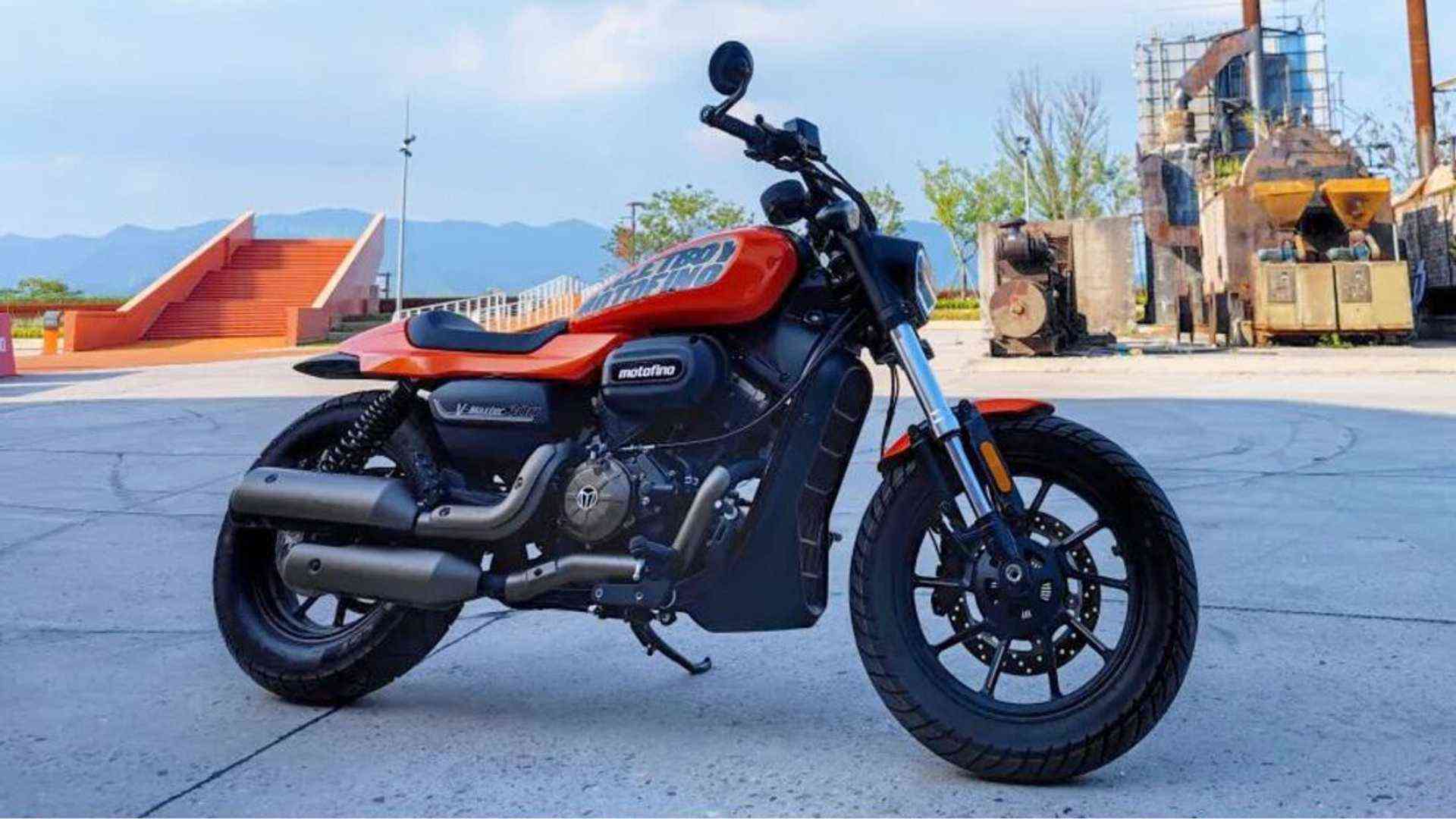 by Enrico Punsalang from https://www.rideapart.com

This cruiser was clearly inspired by one of Milwaukee’s finest cruisers.
Motofino Streetboy V-Maxter 300 From China Looks Eerily Familiar

The Chinese domestic market is littered with motorcycles that will have you looking twice. Why? Because you’ll be wondering why the bike you’re looking at looks like some weird caricature of some other more popular bike from an actual reputable manufacturer. Don’t get me wrong, not all made-in-China bikes are blatant copycats—I mean, look at the likes of Benelli and CFMOTO, brands which are rapidly expanding their foothold in the global market.

That said, we’re not here to talk about reputable Chinese motorcycles today, as we’ve been doing that quite a bit following EICMA 2022. Instead, let’s take a look at the newest kid to copy someone else’s homework, the Motofino Streetboy V-Maxter 300. While I was chuckling under my breath typing that name, I couldn’t help but realize that the flavor of the month, if you will, of Chinese motorcycle makers is cruisers. We previously talked about copycat Chinese sportbikes like the Moxiao Funny-Gale, and the Finja, a ZX-10R clone. This time around, Chinese manufacturer Motofino thought it’d be a good idea to get in on the sporty cruiser segment.

What better “sporty cruiser” to imitate than the Harley-Davidson Sportster S? The newest member of the Sportster family has received global acclaim owing to its unique styling and killer performance. As such, it’s not surprising that the Steetboy V-Maxter 300 used the Sportster S as…let’s just call it inspiration. 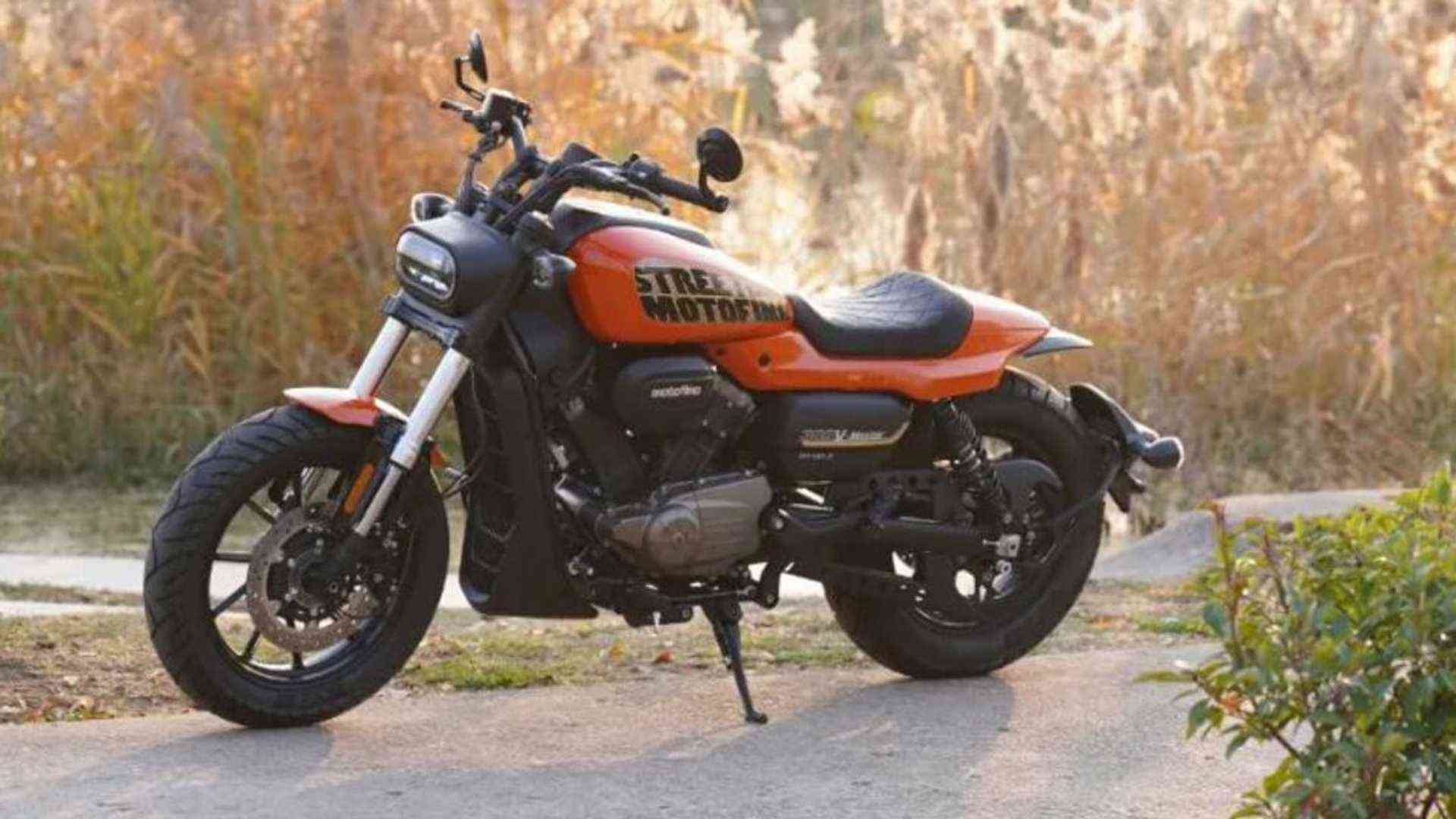 Up front, the Streetboy has a wide oval headlight like that of the Sportster. It even copies the lines of the Milwaukee roadster with its fuel tank and seat and tail section. Heck, even the “Streetboy Motofino” font emblazoned on the fuel tank is a direct copy of Harley’s typeface.

From a performance perspective, the Streetboy doesn’t even begin to compare to the Harley Sportster S. However, it’s interesting to see that the bike makes use of some familiar underpinnings. For a few years now, fellow Chinese manufacturer QJ Motor has been working with Harley-Davidson for a smaller V-twin powered model specific to the Asian market. As it would turn out, other manufacturers have been getting their hands on this engine, including the Streetboy, which packs the same 300cc V-twin engine. Mated to a six-speed manual transmission, it sends power to the rear wheel via a belt-driven six-speed manual transmission.

At the end of the day, the Motofino Streetboy is just one of hundreds, if not thousands, of motorcycles that imitate the styling of popular models in China. As such, the likelihood of this bike making its way to the international market is pretty slim. Having said that, small-displacement models from Harley-Davidson are set to make their way to the Asian, and maybe even European markets, soon.