How Hamba motorcycles are empowering women in Zimbabwe 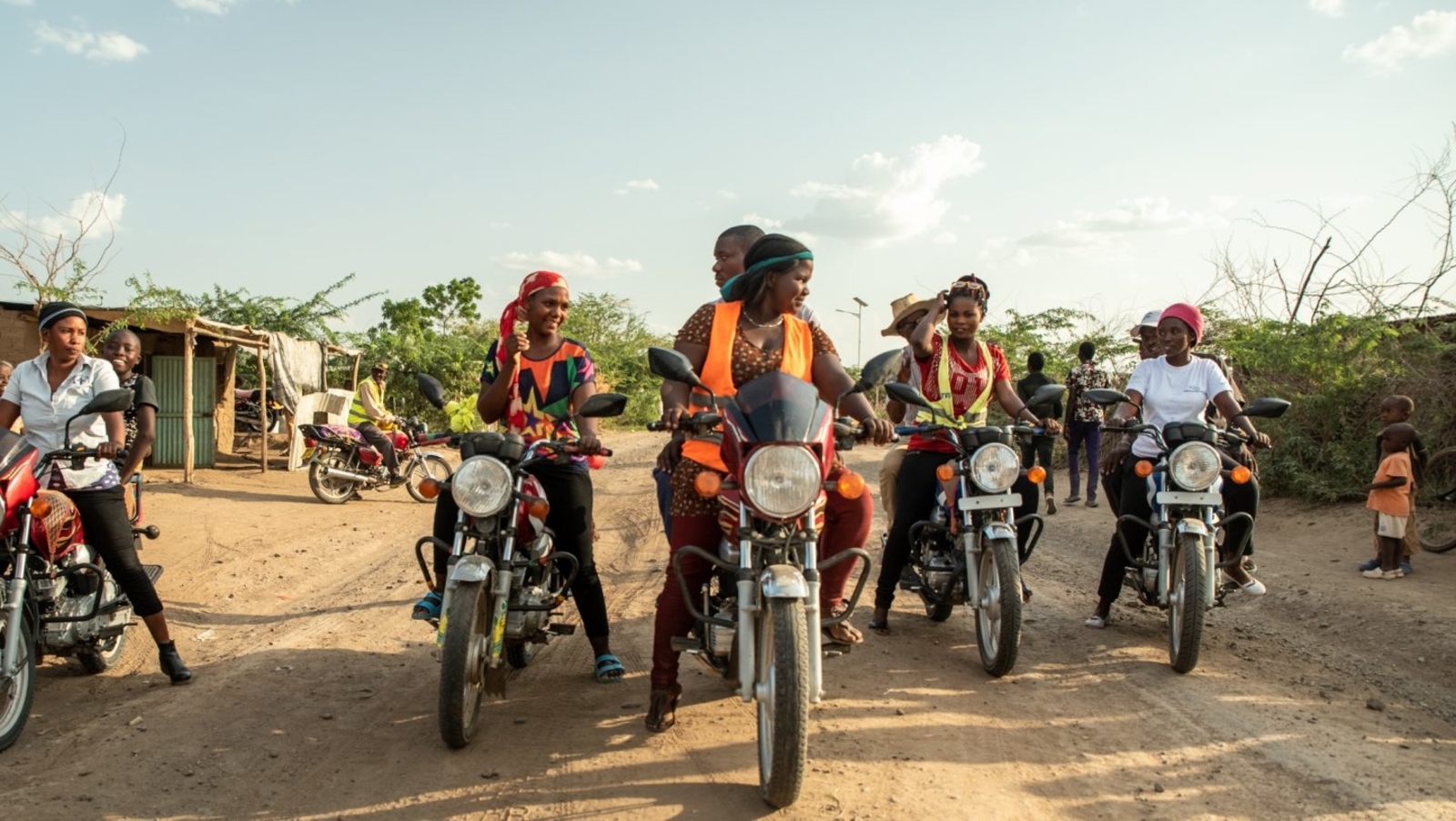 Mobility for Africa is empowering women in rural Zimbabwe with new electric powered motorcycles that can be used as a source of income generation.

The electric motorbikes known as “Hamba” gives women the opportunity to transport and sell their goods, while saving time and effort usually spent walking to pick up household goods for their families around the district of Wedza.

Shantha Bloemen, Mobility for Africa Director said the initiative is centred on women, following research done by the organization which shows that men always get priority on transport. “These are women that never thought they would drive anything. The whole intent was to focus on where the burden is greatest, but also the lowest rural women are on the lowest peg of the pyramid,” she said.

Assembled in Zimbabwe’s capital city of Harare with parts made in China, Hamba is powered by a solar-charged lithium-ion battery and can travel up to around 60 miles per ride. Mobility for Africa is now in the second phase of the pilot project before it can go commercial.

The project was an adaptation to a similar bike used in China and was an important tool used to reduce poverty in the country. Several households and women could use the bike to transport items from their farm to a local market.

Hamba will be sold for $1,500 USD and changing the batteries at a solar-powered station costs between 50 cents and $1. However, Mobility for Africa is currently leasing the bikes to groups of up to five women for the equivalent of $15 a month, thereby making it affordable for poor women in Zimbabwe.

Women in Zimbabwe can now carry farm produce to markets further away from home, offer transportation services to villagers and use the motorcycle for domestic chores.

Small business owners like Mary Mhuka, who is leasing the Hamba with her daughter-in-law and a neighbour, can now sell vegetables at a business centre 15 km away for more money than she would get locally. “We used to carry firewood on our heads for very long distances but now it’s much easier as this motorcycle has taken away that burden,” she told Reuters

According to Fadzai Mavhuna, the Hamba pilot coordinator since February 2019, “Some of the women have increased their income because they have embarked on projects like baking, tailoring and horticulture.”

Hamba is also helping women in the health sector. Pamhidzai Mutunya, a farm health worker, said before the arrival of Hamba, many women gave birth at home while others had to walk 12 km to the nearest clinic because there was no transport.

More so, Hamba has proved to be an essential in the fight against the novel coronavirus (COVID-19) crisis in Zimbabwe. It allows healthcare workers transport patients more easily, and helps rural communities receive essential supplies during a country-wide lockdown.

Although Zimbabwe has not recorded a large number of confirmed COVID-19 confirmed, the lockdown has affected people’s income, especially in the informal sector, which is commonly dominated by women.

Nevertheless, Hamba has given women in Zimbabwe an opportunity to earn and be empowered in a country faced with several sanctions alongside an economy which runs at a declining speed.