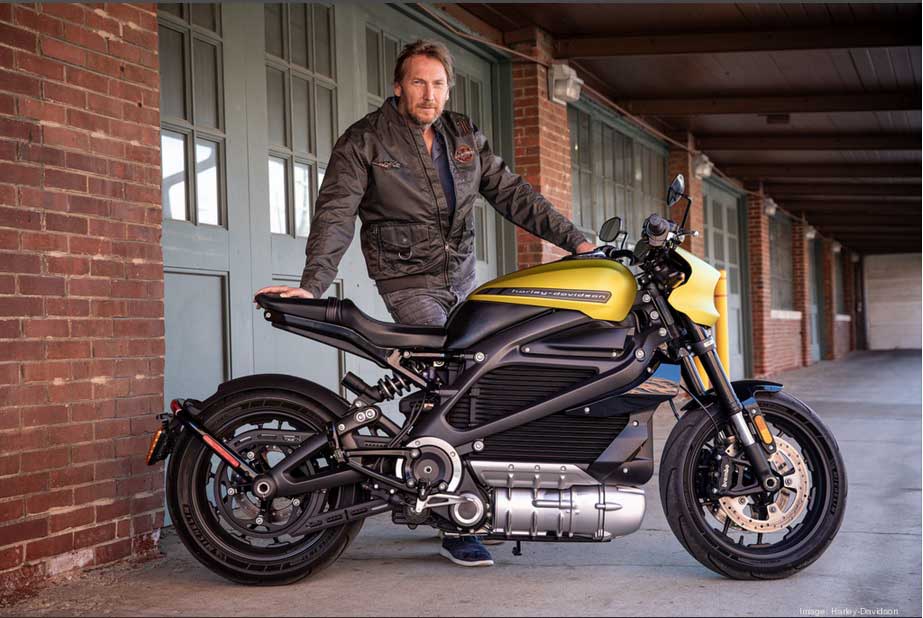 President and CEO Jochen Zeitz with the original LiveWire

by Rich Kirchen from https://www.bizjournals.com

With Harley-Davidson Inc. chairman, president and CEO Jochen Zeitz repeating that the company’s electric LiveWire is “an extraordinary product,” details are emerging on a new model that will be called the LiveWire One.

Motorcycle.com reported the name of the first LiveWire-branded electric motorcycle since Milwaukee-based Harley-Davidson announced establishing LiveWire as a stand-alone entity. The website said it deciphered the information from a Harley-Davidson filing with the National Highway Traffic Safety Administration.

The new LiveWire One will be revealed in July and will be considered a 2021 model, motorcycle.com said.

The Harley-Davidson filing shows the LiveWire One will claim a peak output of 101 brake horsepower (bhp), which is more than the 70 bhp existing LiveWire model, motorcycle.com said.

A Harley-Davidson spokesman did not immediately respond Thursday to a Milwaukee Business Journal request for comment.

Harley-Davidson delivered the original LiveWire to dealers in fall 2019. The company announced in May that LiveWire will get an official launch in July as a brand in its own right with its own laboratory and showrooms.

Harley-Davidson (NYSE: HOG) initially planned to debut the new LiveWire at the International Motorcycle Show in Irvine, California. However, motorcycle.com reported that the show won’t be held there and Harley is looking to arrange an alternate date and site.

Zeitz, appearing on CNBC Wednesday, discussed the LiveWire strategy but not the specifics of the next phase. He said electrified motorcycles are the future for the industry.

“It might take longer in certain segments such as the traditional Harley-Davidson segment, simply because the technology is not there in terms of range and longevity of a ride that our touring customer wants,” Zeitz said.

“So I felt there was a huge opportunity as we are bridging into electric long term to use the LiveWire — which is the best product out there, the best electric product — but focusing more on an urban customer to actually segment that out and stand it up as its own brand.’’