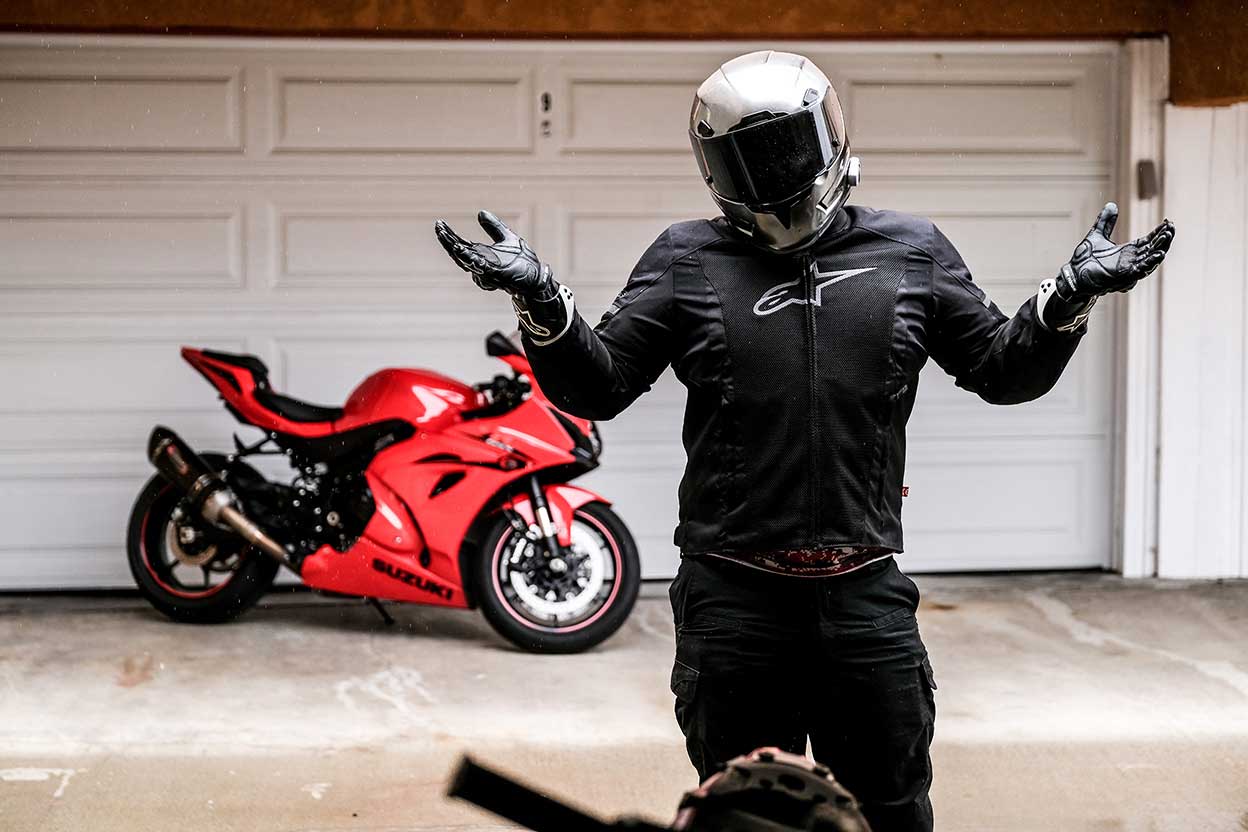 ORLANDO, Fla. — About 200 people’s lives are now literally stalled after the Florida Department of Motor Vehicles suspended their driver’s licenses.

Each of these individuals took a motorcycle endorsement training course two years ago so they could ride, but there’s now an issue.

The state sent these people letters suspending their driver’s licenses, after it discovered the course wasn’t legitimate. But many of these drivers are upset, pointing out it was the state that accepted the certifications in the first place.

Francisco Perez Velez is one of the drivers who received one of the letters. As the owners of an electric service company, Velez responds to power outages around the clock. His nephew, Evelio Perez, works with him.

“We need to be there as soon as possible,” explains Perez.

It’s part of the job made more difficult when the state suspended their licenses.

“It’s going to be sad — you’re driving without a license and stopped by a police and you’re heading to your job and heading to the jail? It’s not fair,” said Perez.

Perez and his uncle received separate letters from the Florida Department of Highway Safety and Motor Vehicles, which claim they committed fraud.

“We were in a nervous breakdown because we saw the cancellation of the license and assuming the state we did fraud, we were all in shock,” said Velez.

This all started back in 2019, when nearly 200 people — including Perez and Velez — took a motorcycle course with the Pasco Motorcycle Training Institute. They took their certification to the DMV, which updated their driver’s licenses.

“They gave us a certification. This certification on our license, they just do an endorsement that says also motorcycle,” said Velez.

The Florida Department of Highway Safety and Motor Vehicles emailed Spectrum News saying “the individuals … knowingly accepted the endorsements without having gone through the necessary training.”

Both Velez and Perez say they didn’t realize the course wasn’t legitimate, especially since the DMV accepted their credentials. They feel the state should review these training companies regularly instead of punishing clients two years later.

“Why then would I risk everything for just a simple endorsement?” Velez asked when asked if he knew the training course wasn’t legitimate.

“You don’t know how many other companies have been doing this as well,” said state Sen. Victor Torres. “You’ve opened up Pandora’s box and all of a sudden, you’ve found more violations are occurring.”

Torres believes this is a major public safety issue — since people are riding motorcycles without the proper training — and is now looking to craft a bill to create tougher regulations.

“I think for the companies who do issue these licenses — there should be a review every year by the state to make sure they are following the guidelines, they’re following the rules, and they’re not cutting any corners,” said Torres. “I think we will look into legislation for next year and see what can be added, with the work of the department as well.”

We asked the state why it took two years before it discovered the Pasco Motorcycle Training Institute wasn’t legitimate and why the DMV accepted the endorsements in the first place.

A spokesperson responded by email, saying “the department acted as soon as we were made aware of the issue.” The email went on to say “individuals who had their license suspended may appeal.”

In a later email, Florida Department of Highway Safety and Motor Vehicles spokeswoman Jessica Kelleher expanded on the reason the issue with the Pasco Motorcycle Training Institute wasn’t discovered earlier.

“Once we were made aware that the Pasco Motorcycle Training Institute — a provider entrusted by the state and the public to provide training and evaluate an individual’s ability to safely and lawfully operate a motorcycle on Florida’s roadways — was issuing these fraudulent endorsements, we immediately began investigating; ultimately suspending the nearly 200 individuals’ licenses who fraudulently obtained them as well as PMTI’s certification and program,” Kelleher wrote. “Because PMTI was a trusted state provider, and sent these documents to us claiming them to be accurate and legitimate, we had no reason at the time to believe there was any malfeasance until we received a tip that led to a lengthy and thorough investigation.”​

Velez and Perez are in the process of appealing their license suspensions. In the meantime, they’ve received a hardship license- which allows them to drive for professional, but not personal, reasons.

“(It’s been) very stressful — we’ve been back and forth,” said Velez. “I have to go to the doctor and take some medication because it’s stressful. Family involved. Employees.”

The state has suspended the motorcycle certification program pending their open investigation.