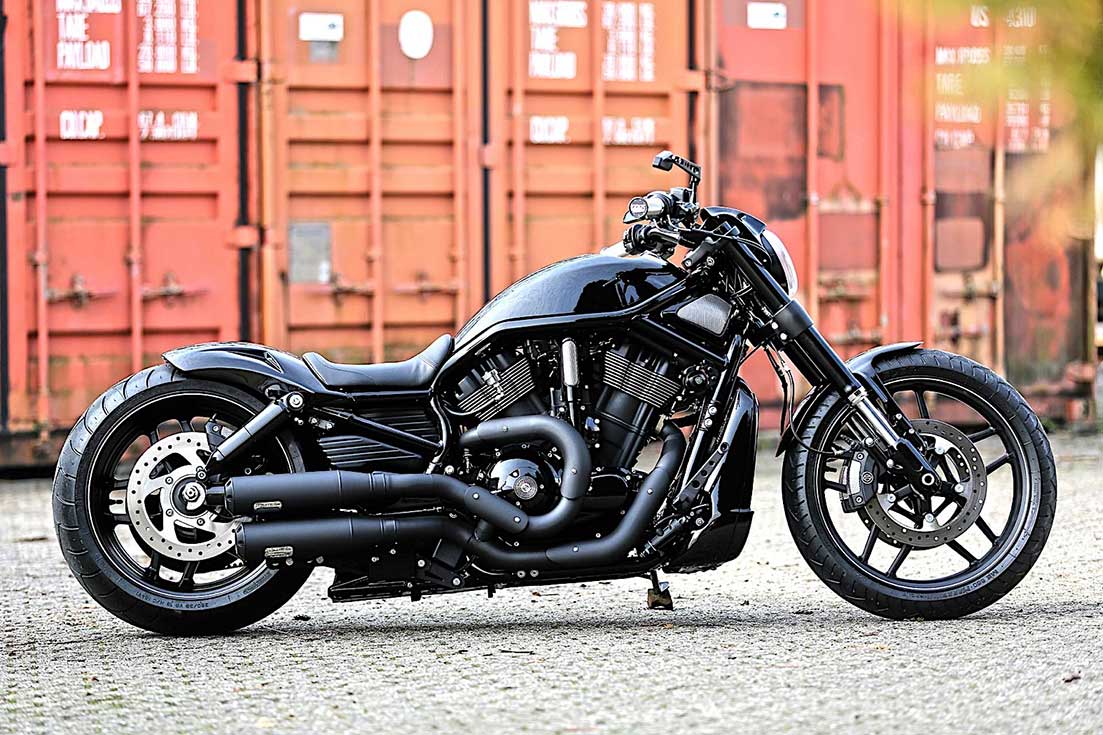 Back in 2001, Harley-Davidson decided to gamble a bit and risk it in the street motorcycle segment. It went for a new engine, with double overhead camshaft and liquid cooling, stuck it inside a frame, and called the bike VRSC. That’s more or less short for V-Twin Racing Street Custom.

There were several types of VRSC bikes made, from the simple V-Rod to the mighty Destroyer. All were exciting to look at, insane to ride, and have inspired an army of new Harley followers. But VRSCs are Harleys too, and what is a Harley if not a canvas for others to play around with?

We found such an example of a customized Racing Street Custom in Thunderbike’s portfolio. The German shop, used to changing the looks and performance of stock bikes from Milwaukee, transformed one variant of the VRSC, the Night Rod, into the Thunderbolt 280.

The name takes after the exhaust system used. It’s called Thunderbolt and comes from specialist Dr. Jekill & Mr. Hyde as a purpose-built hardware for the Night Rod.

But the addition of a new exhaust system is not the only change made. The bike gained an air suspension, a forward control kit, a new fuel tank, and a range of other minor hardware (things like turn signals and mirrors) that clearly make it stand out in a crowd. There is also the widened 18-inch wheel at the back, making the Thunderbolt look seem as aggressive as the Destroyer.

In its over 20 years of existence on the Harley-Davidson scene, Thunderbike never had the habit of announcing how much its projects cost. The garage does allow you to guess, though, as it lists most (but not all) of the parts used.

In the case of this here Thunderbolt, we’re talking about around 5,000 euros (about $6,000 at the current exchange rates), not including the price of the exhaust system, the base bike, paint job, and possibly some other hardware.