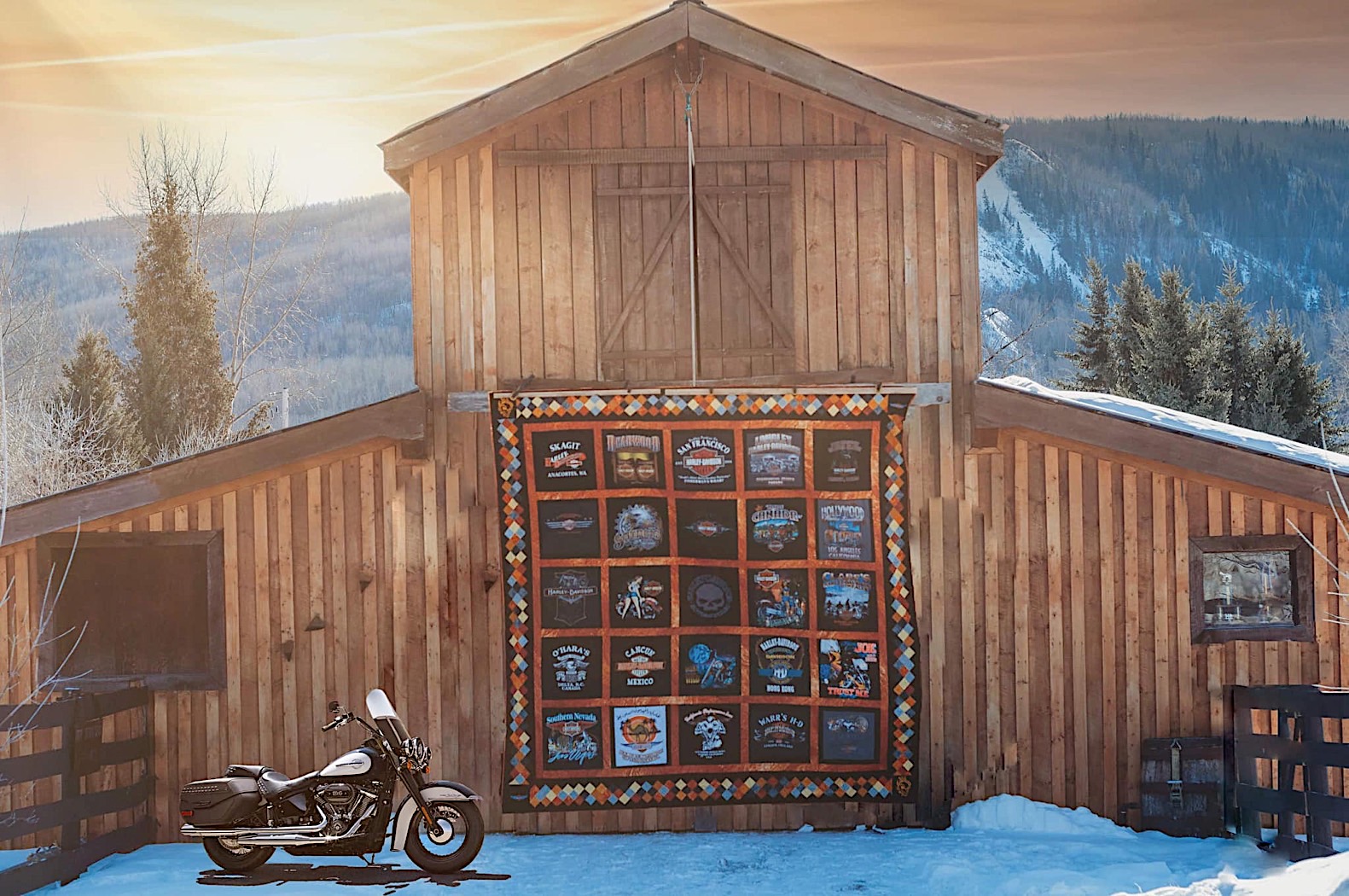 For more than a century, the Harley-Davidson name has grown so large that now it far exceeds the confines of just motorcycle manufacturer moniker. For some people – and they are not few – Harley has become a way of life.

For true fans of the brand there are few things that cannot be associated with this famous American name. From motorcycle-related hardware to less-so items, there are countless ways in which the brand is honored.

One strange, yet apparently very satisfying way the Harley name is used around the world is quilts. There is an entire industry dedicated to them, and the Internet is flooded with people bragging or trying to sell their quilts.

You can generally buy a Harley-Davidson quilt for sums that start from around $100 for a twin-sized U.S. bed. But this one here, pictured above, was sold at the end of February for $11,500.

It went for so much because there’s a story behind it. It was made by a British Columbia quilter named Bobbi Pardy to help Adaura Cayford, a 9-year-old currently undergoing treatment for an inoperable brain cancer.

Pardy spent around 60 hours assembling the quilt from donated T-shirt wearing the Harley-Davidson name and logos, sent to her from places as far as Saudi Arabia and Ecuador.

Once ready, the quilt was sold at the end of a 10-day auction event for $11,500. And even if that seems a lot, just think Adaura’s medication costs $5,000 per month, according to Alaska Highway News.

“I had to do something,” the creator of the quilt said according to the source. “I thought this was something I could do. It’s my time and that’s it. It’s a really cool T-shirt quilt.”

Despite the effort made by these people from British Columbia, Adaura’s fight continues. For those willing to help, a Go Fund Me page has been created where more money can be donated.