Harley-Davidson Spoke Bob 23 Is How Germans Like Their Street 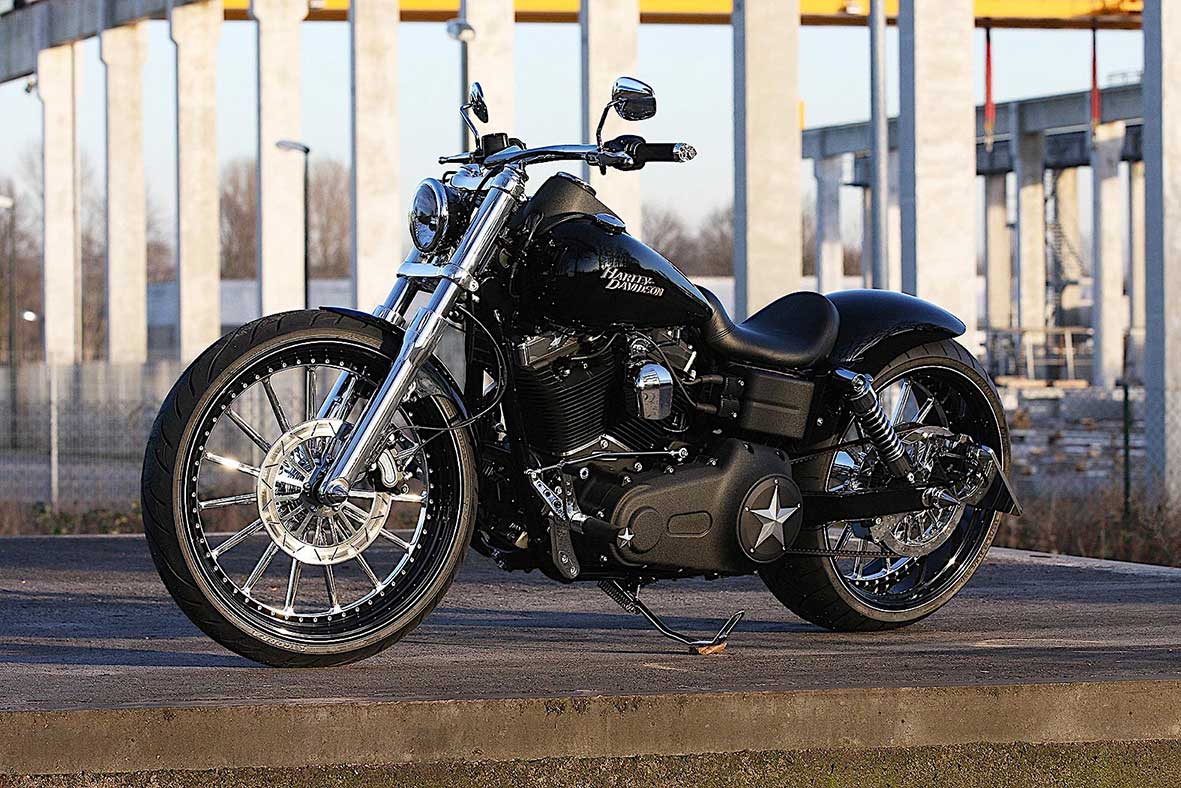 The Harley-Davidson Street Bob is one of the favorite base motorcycles for Thunderbike builds. In the market of customizing Milwauke-made machines for close to three decades now, the German shop has made a name for itself with its conversions of the “gritty, stripped-down bobber cloaked in black,” as Harley describes the iconic two-wheeler.

Over the past year or so, we’ve covered Thunderbike quite extensively, mostly because we find their products worth talking about. Love them or hate them, the garage’s projects are unique on the European scene (possibly even beyond the continent’s borders), and so numerous they’ll keep us busy for a while longer.

Because winter is upon us and in most parts of the world bikes are going into storage, we thought to give you something to dream about in anticipation of next summer: here’s the Spoke Bob 23.

Built a few years back starting from the Street Bob, the custom bike sports fewer modifications than we’re used to, but effective nonetheless.

The build’s name is a combination between that of the stock bike and the spoked wheels used for it (sized 21 and 23 inches) – if you’ve been watching our Thunderbike stories, you know by now these guys do lack imagination when it comes to naming stuff.

Other major changes are the use of a custom forward control kit, a new air cleaner, and a Dr. Jekill & Mr. Hyde exhaust system. Minor modifications include the deployment of a new handlebar and turn signals.

As usual, we are not being told how much the conversion of the Street Bob cost. Knowing most of the parts that went into it though we can estimate that to be of around 2,500 euros (roughly $3,000 at today’s exchange rates), but not including the base bike (obviously), the exhaust system, and the man-hours that went into it.