Is This 750 HP Suzuki the World’s Fastest Street Bike Down the Quarter-Mile? 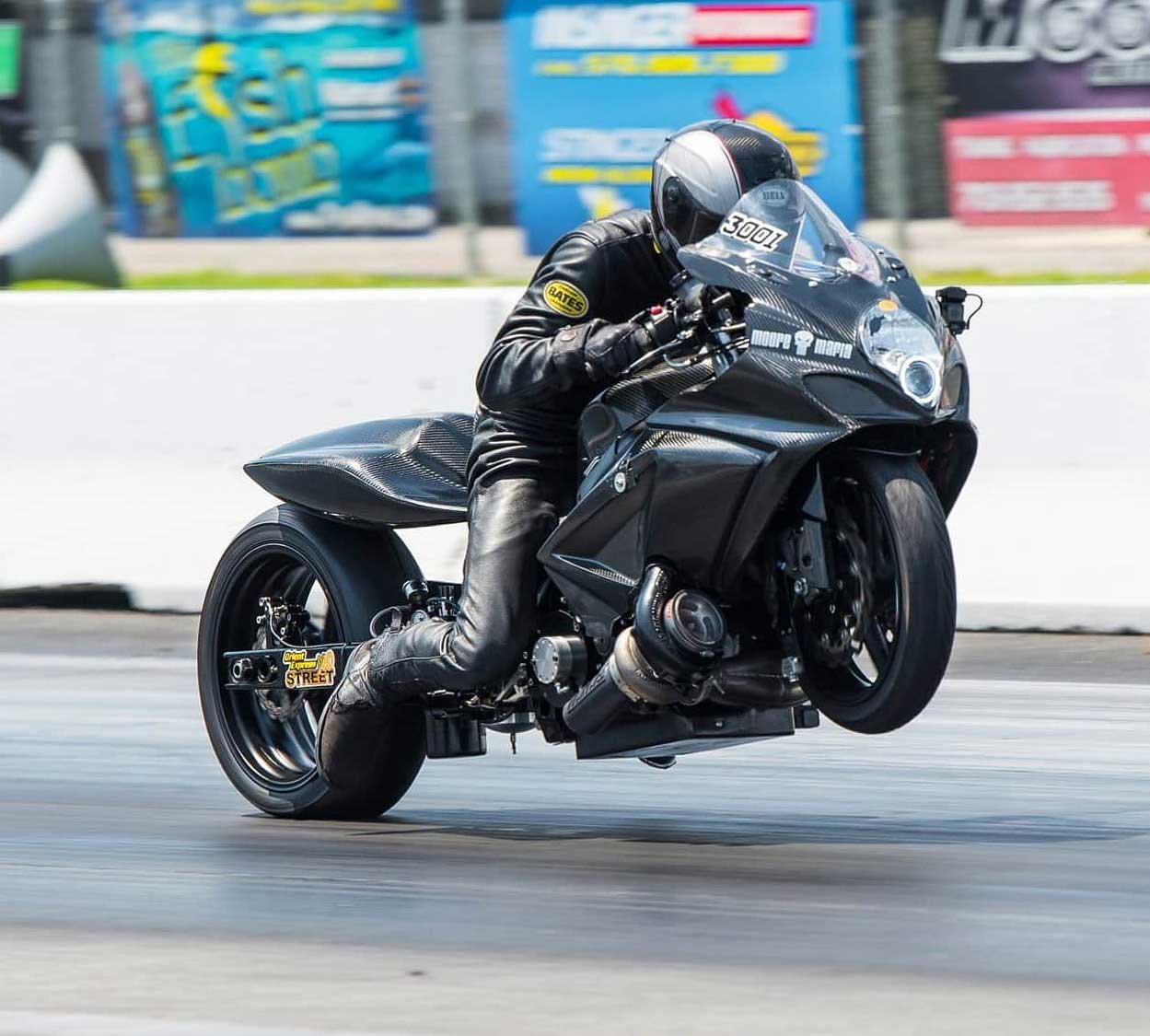 Doing quarter-mile runs on the dragstrip might not sound as scary at first; that’s if you’re used to normal road-going vehicles, either on two, four, or multiple wheels. But what happens when said vehicle manages to complete the quarter-mile (402 meters) in less than 7 seconds? And what if instead of a cosy and stable four-wheeler you only get two wheels?

If you’ve ever watched any videos of really fast cars going down the quarter-mile, you might have noticed that sometimes it’s difficult to keep them going straight, and crashes can often occur at very high speeds. Now take away two of the wheels, and you get increased levels of insanity.

Chris Moore is one of those daring men who just wanted to push things as far as possible by building an absolutely mental motorcycle. He had one goal in mind: to be the fastest at the drag strip. Usually drag purposed motorcycles tend to wheelie excessively, which means the whole thing can go haywire very quickly. This also leads to a slower run, as both wheels are not making contact with the ground.

To avoid these wheelies, pro drag racers usually install a bar behind the motorcycle, which is aptly called a wheelie bar. But Chris decided to do away with one, and basically run a custom-built motorcycle that can still be called a street bike at the end of the day.

With 750 horsepower on tap, which is more than you get with a Ferrari 488 Pista for example, this motorcycle has just set a new record, running the quarter-mile in just 6.3 seconds, with a top speed of 233.64 mph (376 kph). I guess slapping a massive turbo on an already fast Suzuki GSX-R1000 really does help!

Looking over the performance specs of this bike, we also learn it can do a 60 mph to 130 mph (96 kph to 209 kph) pull in just 1.4 seconds! To put things in perspective, the already ludicrous Koeniggseg One:1 needs 3.3 seconds to achieve the same thing!