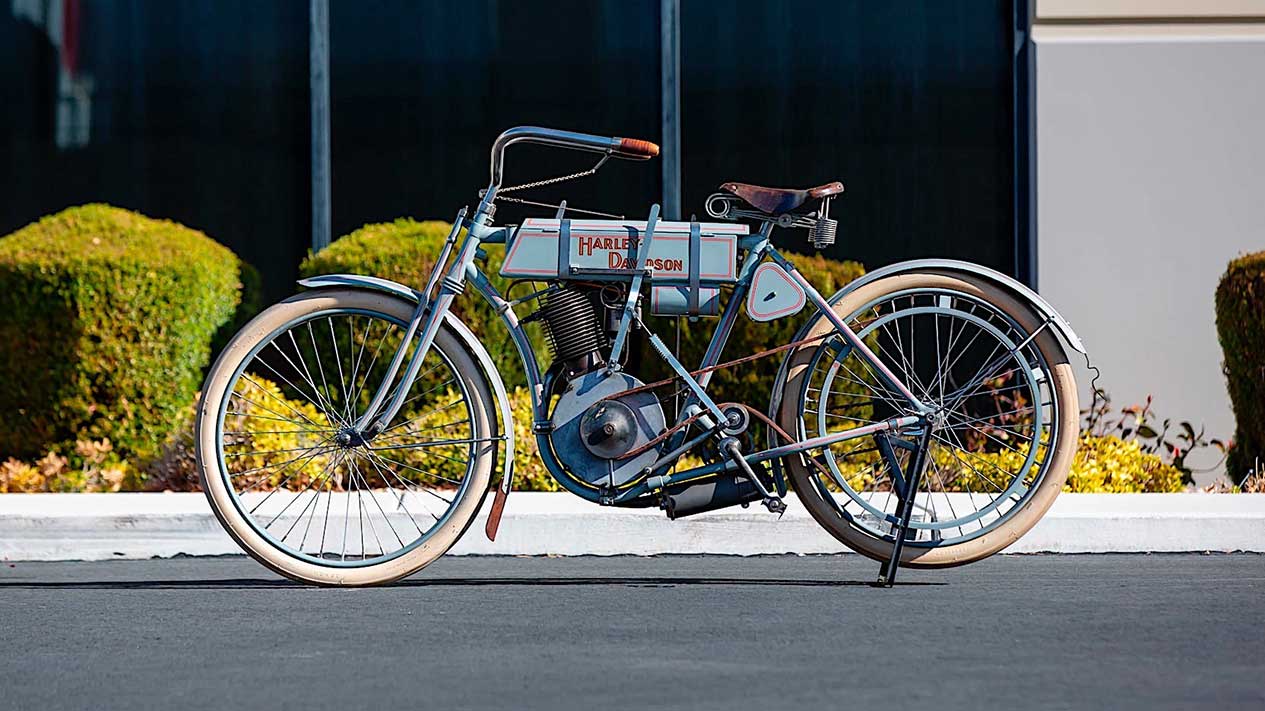 It’s been a very hot weekend for motorcycle enthusiasts. On one hand, we had the MotoAmerica series of events over in Atlanta, and on the other the mammoth motorcycle auction conducted by Mecum over in Las Vegas.

As far as the Road Atlanta event goes, we’ve already seen how Indian once again crowned itself King of the Baggers by barely outrunning Harley-Davidson. But the Nevada auction had a champion of its own, and its name is 1907 Harley-Davidson Strap Tank.

Described by fans as the most desirable of all Harley-Davidsons, the Strap Tank family managed to score a number of records when it comes to the sums they went for over the past few years. Back in 2015, for instance, one of them sold for $650k, making it the most expensive Harley ever sold at auction until that time.

The one we have here sold for less, but for an impressive amount nonetheless. $297k is how much someone paid for it, making the model the most expensive one to sell at this year’s event.

Coming from a private collection, the motorcycle is somewhat related to the record-setting one from 2015. It was put together by its owner, Ronald Moreschini, and with the backing of the guy who purchased the $650k Strap Tank, Lonnie Isam.

Seeing how desirable these bikes were, Moreschini set out a few years back to come up with 13 Harley-Davidson Strap Tank replica motors. While doing this, he stumbled upon an original 1907 engine that still had the original carburetor, but also on the native gas and oil tank, forks, and belt tensioning gate.

The motorcycle we have here came to be around these original parts, and was further gifted with original seat and wheel hubs. The result is so exciting, that the two-wheeler was even shown at the Motorcycle Hall of Fame Museum for a while.

Now it is probably heading over to another private collection, where it will most likely spend some time before it will most definitely show up for sale once more.