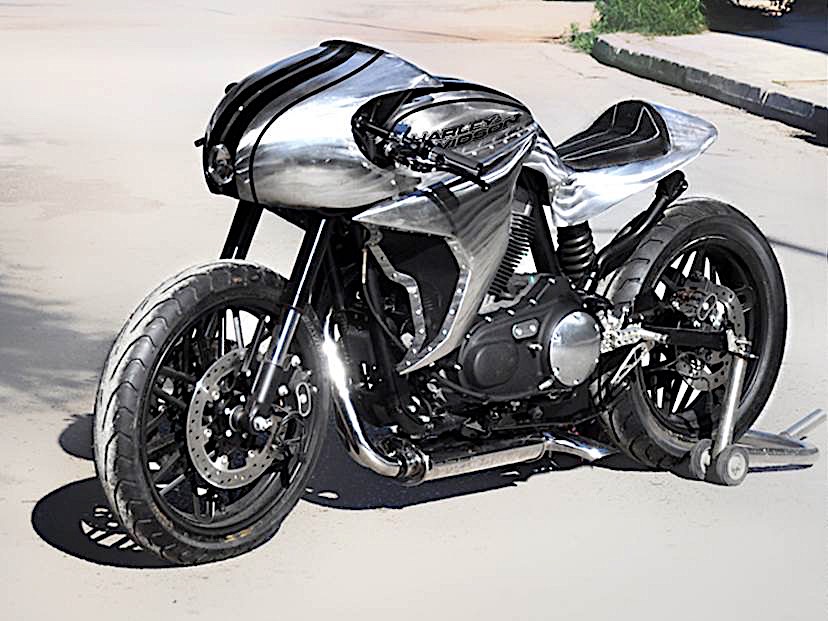 Greece is one of those few places where all of the world’s mythology comes from. The place where the world of Olympus was born and all the Gods of the ancient world died, but also the place from where democracy originated, the region had a major role in shaping today’s civilization.

What Greece lacks is a visible motorcycle movement in the way that there are not that many new motorcycles, custom builds, or motorcycle racers that can trace their roots back to the European country. Yet the bike in the gallery above, although based on an existing model, comes from there.

It is called Gryps, a word that in the ancient Greco-Latin records means griffin; that’s a creature with most of the body of a lion, and with the head and wings of an eagle. For most people of the time, it was a symbol of power.

The lion part in this here motorcycle is the Harley-Davidson Sportster that served as a base. It was transformed into this by the Harley-Davidson Athena dealership, and entered in the King of Kings custom build competition ran by the American company until April this year.

Lower than it used to be, and with the fuel tank sitting at a different angle on the frame, it shows a more aggressive stance, accentuated by the reworked, cold silver body envisioned for it by the Greeks. The entire build was made to resemble the mythical creature: the tank is supposed to be the body, the front fairing the head, while the side fairings are meant to represent both the wings and the legs of the monster.

Competing alongside 14 other builds coming from Harley dealers across the world, the Gryps only managed to place second during the public voting period, barely losing the King of King title to the Mexican Apex Predator.

King of Kings was a built-off competition held by Harley as an extension of the years-old Battle of the Kings. It saw 15 previous winners of the Battle of the Kings competing against one another to be voted the best custom build.

The competition’s rules stated the base motorcycle had to be a Harley, and the custom work no more expensive than €6,000 ($6,500). Of course, the finished product had to be road legal.