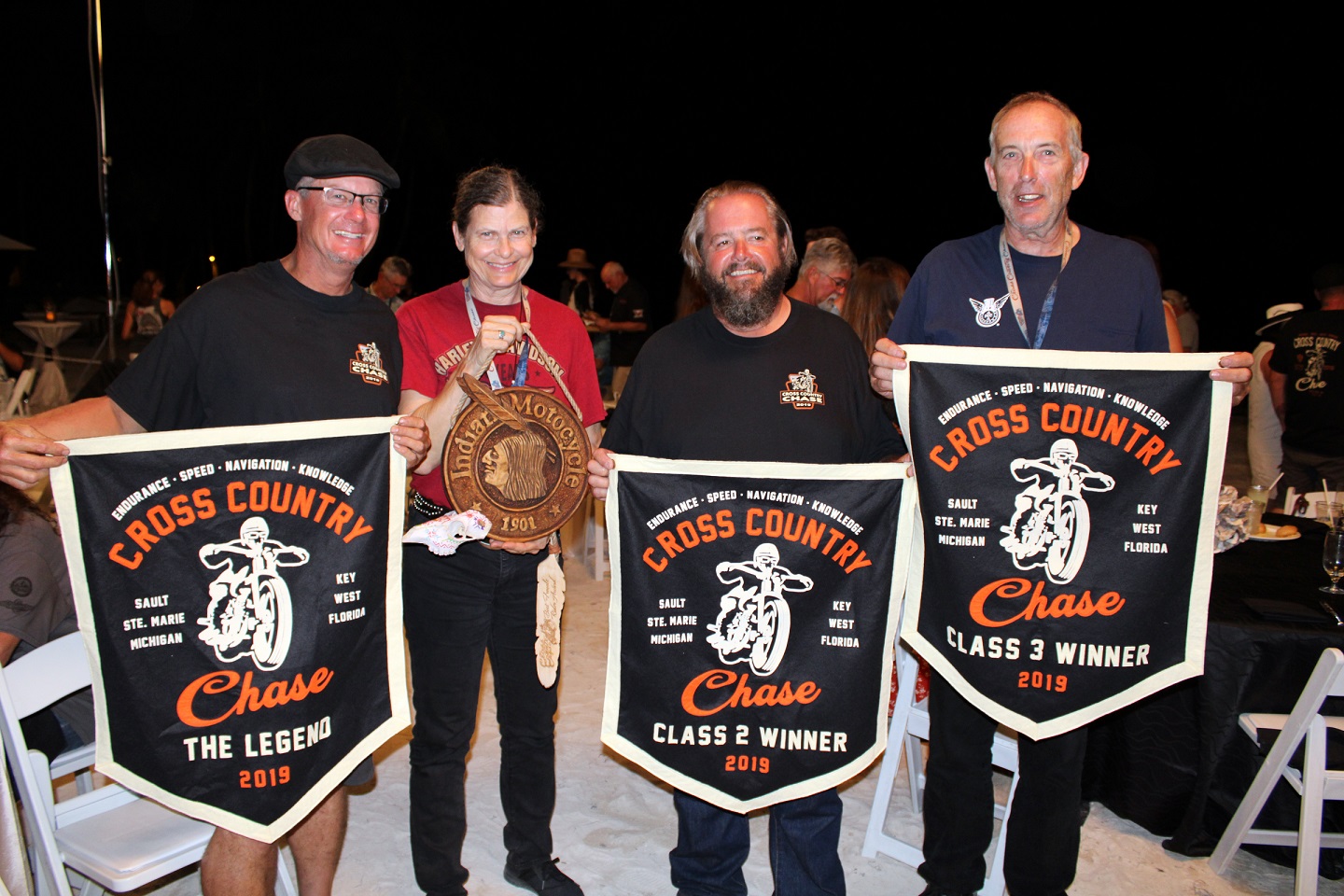 After a short Sunday morning ride over various bridges, the sunburned and heat stressed Cross Country riders arrived in Key West with a 100-degree heat index and heightened level of excitement as the final miles of a 2,368-mile ride came to an emotional and exuberant end. Riders posed for a photo op at the famous Southernmost Point of the Continental U.S. Buoy before the checkered flag waved them across the finish line in the shadow of a massive cruise ship at Mallory Square.

Out of the 69 riders who arrived in Sault Saint Marie, Michigan a week ago, 35 of the jockeys arrived in Key West after riding every mile of the 8 state route. Todd Cameron, however, became legendary with his dogged determination aboard the little 493cc, 1930 BSA Sloper and walked away with an award for winning the Class I, a Legend award, a custom bronze by Jeff Decker, number plates for the next Cross Country Chase race, and a whopping $7,500.00 in cold hard cash.

Jim Gilfoyle, rider #38, took first place in Class II on his 1938 Harley-Davidson EL while Jerry Weiland, a past Motorcycle Cannonball sidecar dude and competitor, walked away with the first place banner for Class III. Cris Sommer Simmons, who has competed in four of the Motorcycle Cannonball antique races, was awarded a custom wood carving in recognition for being the top female competitor in the Cross Country Chase.