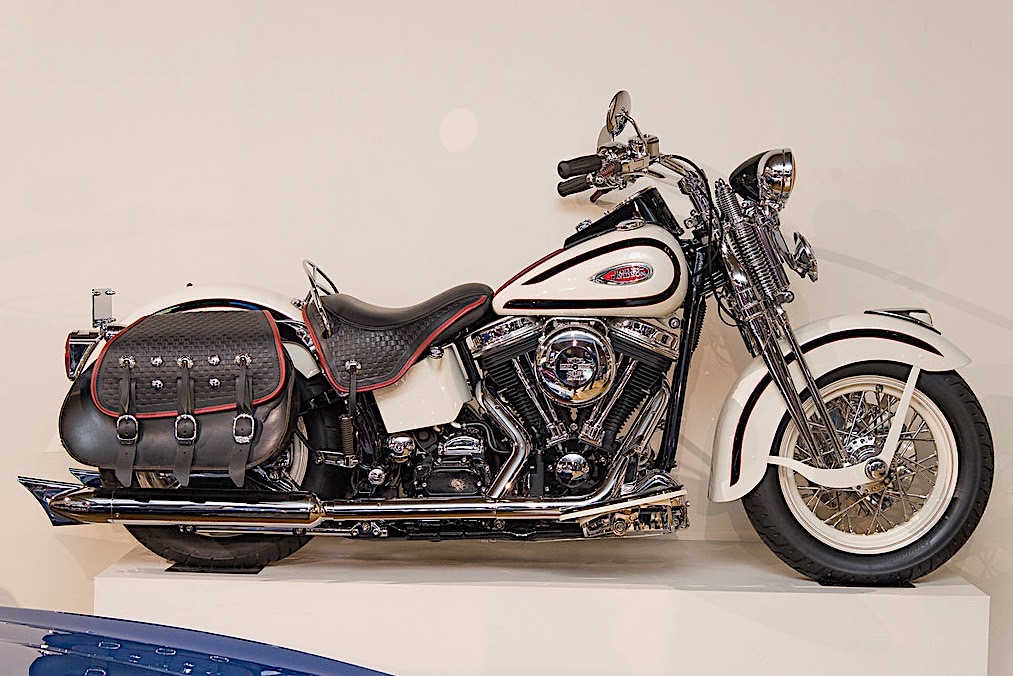 As the most prominent bike builder in the industry, Harley-Davidson never shied away from keeping in touch with its roots. Perhaps this is why, if someone from the 1940s or 1950s would travel to our time, they would still be able to pick a Harley out of a crowd.

Sure, the design of Harley bikes has changed over the years, but not so much as to make them be unrecognizable. But Harley is at times taking things even further, and releases motorcycles specifically designed to be reminiscent of its past.

So is the case with the Heritage Softail Springer first released in 1997 as a nod to the bikes of the late 1940s. Produced in limited numbers, the Heritage Springer quickly became one of the most sought after motorcycles on the market.

The factory-made bikes were incredible to look at and as high-tech as any others of that time, but a few extra touches might be needed now, more than two decades since the model was introduced.

In our quest to find newsworthy bikes to write about as part of our Harley-Davidson month, we came across this 1997 Harley-Davidson Heritage Springer, modified by Canepa Design and currently listed as for sale.

As per the specialist, this is not your regular Heritage, as it has been disassembled and completely redesigned and rebuilt, and every single component was modified or customized to fit right in the “old school theme.”

The bike features things like a reshaped front fender leading edge and added rear edge of fender, a lower skirt, new wheels, and re-upholstered seat, among a host of other modifications.

Powering the bike is an 82ci engine that has been modified too through a lot of grinding and reshaping of the components, linked to a 5-speed manual transmission. The engine has only 5 miles on it since the rebuild.

As said, the motorcycle is on sale on the Canepa website, but no price is listed. https://canepa.com/photo-gallery/1997-harley-davidson-heritage-canepa-design327/