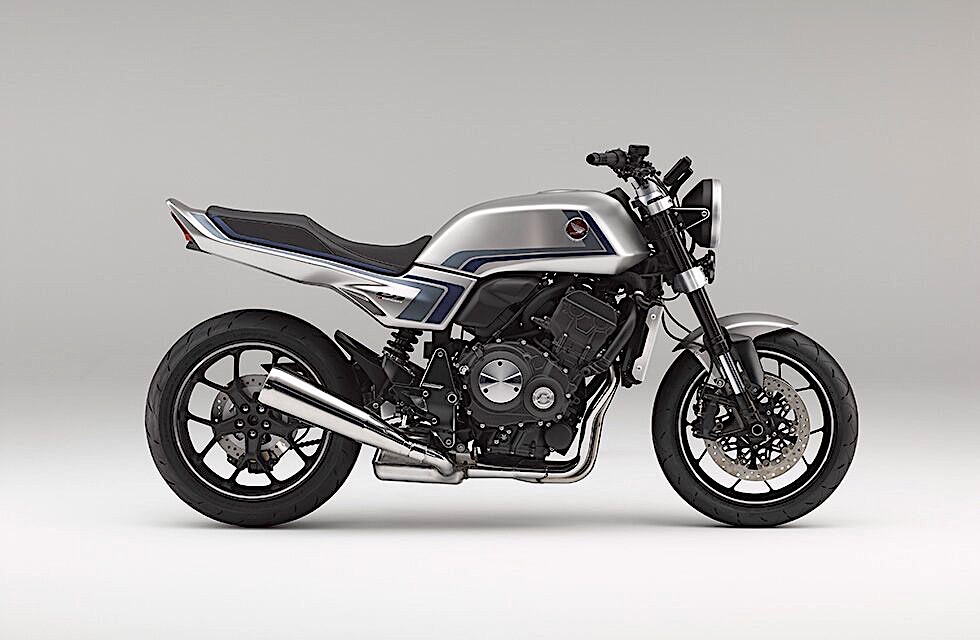 In Honda’s lineup, the CB Series is one of the most extensive. Born a little over six decades ago, the line includes everything from road to racing motorcycles. That means the family will still be around for many years to come, and a glimpse of what’s around the corner was just revealed by the Japanese.

Two major motorcycle shows were planned in Japan in the coming months, in Osaka and Tokyo, but because they were canceled on account of the coronavirus pandemic, Honda and others were left with finding alternate means of revealing their newest products.

Honda planned to show no less than 29 motorcycles at the said events, and decided to slowly unveil them online, starting Friday, March 27. The CB-F concept was the one chosen to spearhead the avalanche of models.

Developed as a preview of future CBs, the concept is said to also be a homage to past generations, including the CB900F, one of the oldest of the family.

Built on a lightweight chassis with high-tensile steel mono-backbone structure, it comes with an inverted front fork suspension and an aluminum single-sided Pro-Arm at the rear. Both should make the bike ideal for use on both urban and winding roads.

Powering the bike along is a 998cc water-cooled inline 4-cylinder DOHC engine, linked to a six-speed transmission. The specs for it were not released, but the Japanese say it “eases through its rev-range and provides ample torque.”

“The CB-F Concept is the result of revisiting the CB series’ history, which reached its sixth decade last year, and thoroughly exploring what to preserve, and what to evolve with the company’s flagship sports bike,” the bike maker said in a statement.

“The CB-F Concept is an ambitious fusion of cutting edge technology with a design paying homage to the CB900FCB750F in Japan) a Japanese global model which, in part through the North American racing scene, brought to the six-decades of CB models an iconic status.”

If you plan to be kept up to date with what Honda is revealing online this weekend, check out this link, but beware, it’s in Japanese.