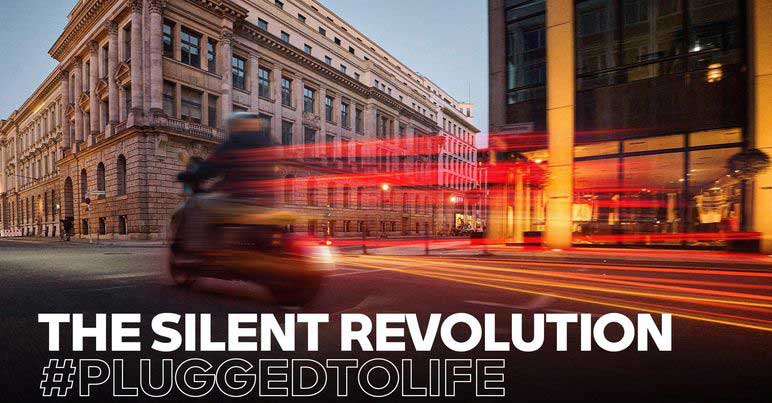 For the better part of the last ten years, electricity seemed like the way forward for four-wheeled vehicles alone. Sure, countless motorcycle startups popped up over the years, each trying to break the mold, but each has so far failed.

The first in the large group of established bike makers to go down the electrification path is Harley-Davidson. The Americans have the LiveWire on sale for some time now, but they also seem to struggle to make it stick.

But maybe over in Europe, things will be a bit different. There, BMW’s Motorrad has been more or less secretly working for some time on an electric motorcycle that, at least on paper, should forever change the segment.

Back in 2019, an amazing contraption called Vision DC Roadster was shown. In the place one would usually find a boxer engine, that thing packed a vertically mounted battery, complete with cooling ribs and integrated ventilators. Under the battery, shaped like a cylinder, resided the motor meant to spin the wheels.

Now, the Vision DC was just a concept, but a bit later that same year, something else came into the spotlight. It was called E-Power Roadster, a Frankenstein machine that took the front end of an S1000R and tied it to the rear of an R1200RS.

A lot of time has passed since, and it seems there is still no reveal in sight for electric motorcycles branded by BMW. But there are other things, possibly even as exciting, coming our way from Munich in lesser segments, namely the “urban single-track mobility“ one.

That’s where the Germans say their unveiling from next week will be playing, a pioneering electric vehicle whose teaser image you can see as the main photo of this piece.

No additional info was provided, apart from the fact the vehicle will premiere on July 7.

PRESS RELEASE:
Next Wednesday, BMW Motorrad will celebrate the world premiere of a pioneering, electric vehicle. The presentation will be streamed online.

Following this online presentation, further information on the topics of product and design will be answered by experts in a live chat on the BMW Motorrad channels.