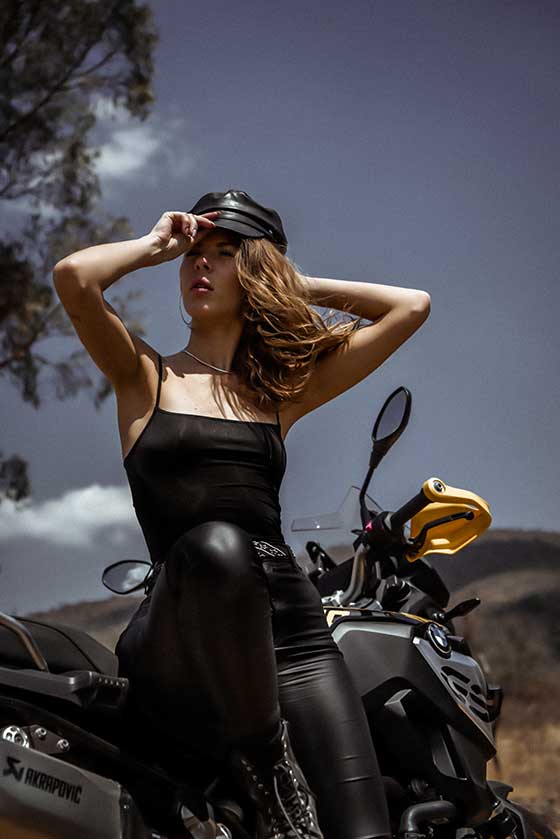 BMW MOTORRAD launched campaign starring Bia Dantas among other figures. The purpose was to emphasize the empowerment of women in commemoration of Women’s Day.

My time in the world of motorcycles just started & I couldn’t have a better start… happy to participate in this project, from a brand that I admire and with such outstanding professionals and women” — Bia Dantas

MIAMI, FLORIDA, UNITED STATES, May 10, 2021 — Under the motto: Together we are stronger. Make Life a Ride. On March 8, BMW MOTORRAD launched a campaign starring the Influencer, DJ and Top Model Bia Dantas among other figures. The purpose of the campaign was to emphasize the empowerment of women in the framework of the commemoration of International Women’s Day.

The campaign was recorded in the vicinity of the Teotihuacan pyramids, which allowed the construction of a perfect and unique setting.

Weeks after the campaign launch, we can assure you that the campaign was very successful and had a relevant scope. Consolidating BMW Mexico as the leading motorcycling company and with great proximity to the female consumer.

It should be noted that the message of the campaign focuses on highlighting the path that each personality has had to travel with its challenges and the power of motorcycling to support the development of women in groups and individually. Emphasizing that together or individually with effort and preparation the woman is stronger. Bia Dantas was the perfect influencer for this campaign. Also, the crew had a Balloon Ride next to the Teotihuacan Pyramids that create a perfect environment for team production.

On the other hand, Bia Dantas highlighted that during the filming of the campaign she had her country very present: “I bring my jacket from my dear old Moto Club with the flags of my country and the Brazil-Alagoas State. Always representing ”.

Recently Bia Dantas starred on the cover of Glamour Bulgaria with a production dedicated to commemorating the mergers between the different cultures of Brazil. Also, Bia Dantas was cover in Harpers Bazaar a few weeks ago.

Bianca Dantas is an Influencer, DJ and Top Model. Account @biadantasbr. She has collaborated in various campaigns and editorials, highlighting covers of world-renowned titles such as Harpers Bazaar, Vogue Magazine, and Glamor. She currently stands out in the world of music under the name of DJ BiaD @ Biad.oficial. She was born in Brazil and currently lives in Mexico City.