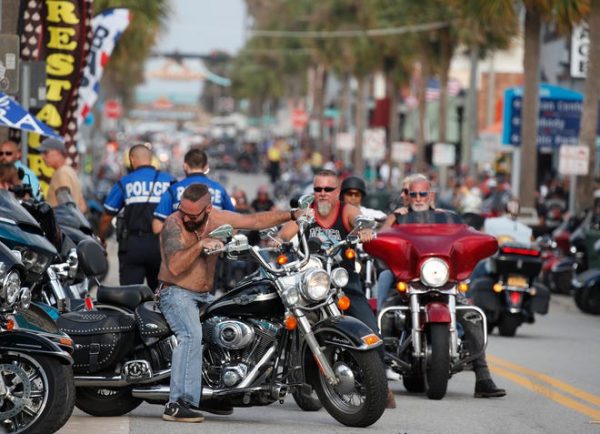 Thousands of motorcycles — most of them Harley-Davidsons, of course — rumbled down the roads and streets of Volusia and Flagler counties Saturday, marking the busiest day of this year’s Biketoberfest.

But on a sunny day with a gentle breeze, when the temperatures remained in the low 80s, the crowd seemed much smaller this year because of the coronavirus pandemic. 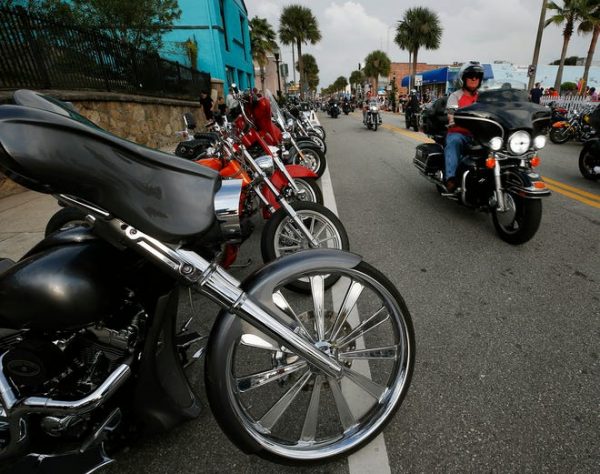 Still, Main Street in Daytona Beach was packed by late afternoon with bikers and gawkers.

But the City Commission, concerned about close-packed crowds during the pandemic, had declined this year to issue permits for outdoor vendors and music acts. Perhaps as a result, by late afternoon the normally packed large parking areas next to the Peabody Auditorium and behind the Ocean Center were less than half full.

“Not good,” said a parking attendant collecting $10 a vehicle who spoke on the condition that a name not be used. “Thousands of dollars down. It’s definitely down.” 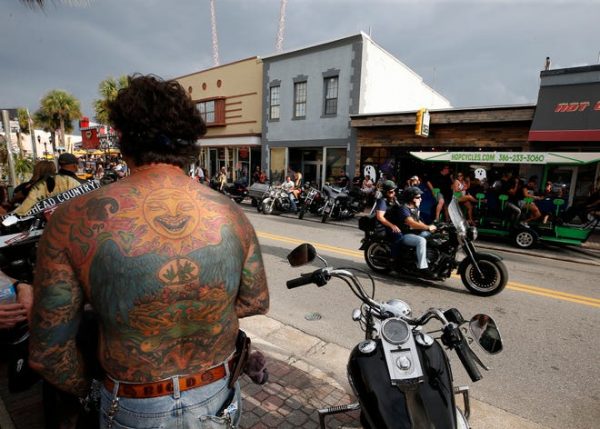 Bob Davis, president and CEO of the Lodging and Hospitality Association of Volusia County, said the smaller biker crowd was reflected in lower-than-normal occupancy of area hotel rooms.

“Basically, we all knew it wasn’t going to be a big Biketoberfest,” Davis said. “I don’t hear anyone complaining, but it’s nowhere near last year. But we’re thankful for what we get.”