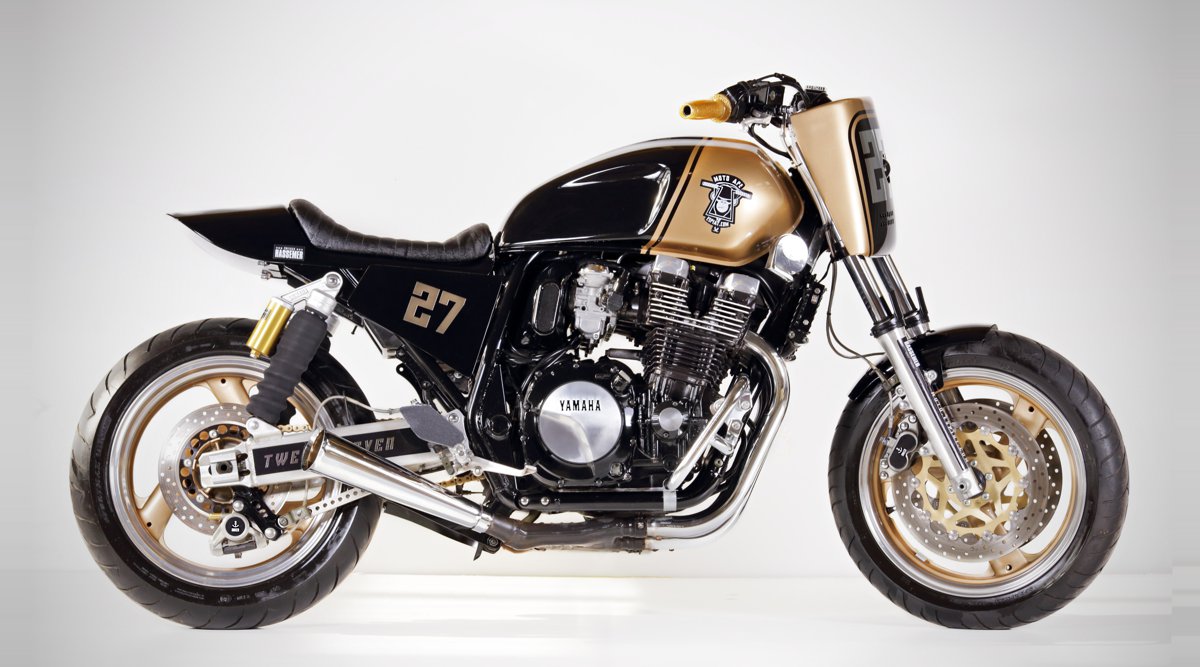 Daniel Schuh’s Espiat deals with just about anything from logo design and woodwork, to meticulous motorcycle customization. In terms of bespoke two-wheeled goodness, this one-man enterprise stacked up on a plethora of remarkable creations that’ll soothe each and every last corner of your moto-loving gearhead soul.

As I was browsing Schuh’s portfolio, I came across a phenomenal street tracker-style creature based on Yamaha’s beloved XJR1200. This fascinating piece of machinery was completed back in 2017, and it just so happens to be my personal favorite out of the whole bunch! I’ll tell you what, let’s dive in for a closer analysis of this graceful masterpiece.

For starters, the project’s mastermind went about tweaking XJR’s subframe to accommodate a hand-crafted tail section and a pair of fresh side panels that keep things looking rad. Additionally, the rear end incorporates a custom LED lighting kit to complement the clutter-free aesthetic.

On the opposite end, we notice a one-off number plate front fairing, which hugs the bike’s forks and triple clamps. This module was painstakingly built in-house and it hosts an eccentric halogen headlight unit, as well as a new speedometer. You will also find a pair of aftermarket handlebars and rear-mounted foot pegs that round out the updated riding stance.

As to XJR1200’s performance, the inline-four powerplant was treated to a four-into-two exhaust system with megaphone mufflers. The craftsman even ventured as far as sculpting a set of inlets that’ll feed the engine with a constant flow of cool air. Furthermore, the suspension received a selection of top-shelf components, such as state-of-the-art progressive springs up front and nitrogen shock absorbers at the back.

Last but not least, the bodywork was enveloped in a timeless color scheme, consisting of an intricate blend between gold and metallic black, joined by a chrome finish on XJR’s forks, exhaust and rims. Sure enough, this paintwork will remind you of the iconic John Player Special F1 racing livery, which may have served as Schuh’s main source of inspiration.

In conclusion, I’ll have to admit this handsome entity had me lost for words! Oh, how I’d love to take it for a spin…