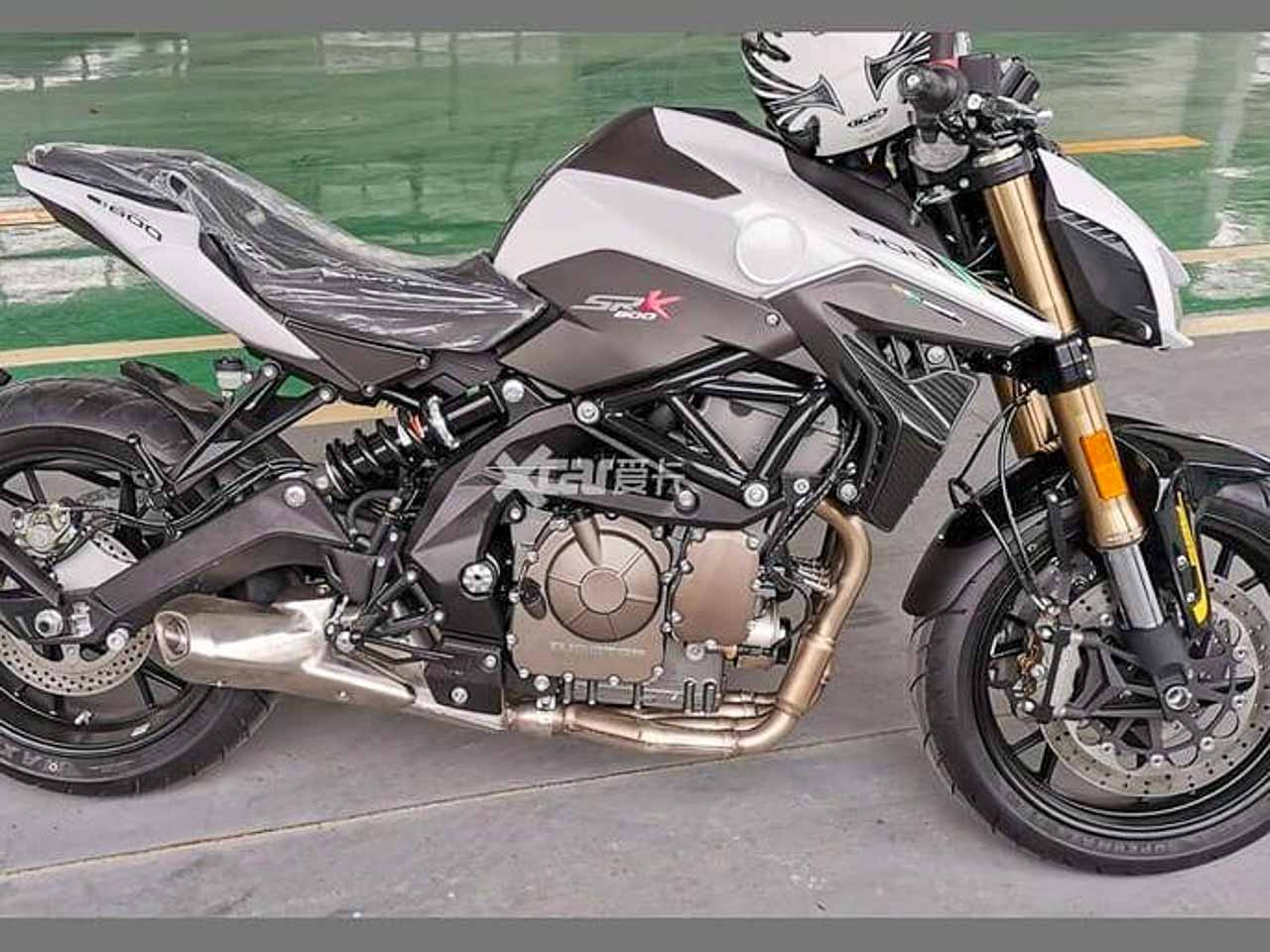 Several months ago, a sharp looking street fighter with 600 badge was spied in China, sparking speculations that it was the next generation TNT 600i. However, in November 2019, Benelli unveiled the new gen TNT 600i which looked more like a facelift of the current version and had nothing in common with the previously spotted prototype.

The sportier version of the 600 has now emerged online again, this time with SRK 600 moniker. It looks like Benelli SRK 600 is a premium alternative to the TNT 600i with additional features.

Visually, the Benelli SRK 600 is up there with contemporary street fighters with a sporty headlamp, complete with aerodynamic cowl. The new motorcycle also features edgy fuel tank with sharp extensions and a stubby cantilevered tailpiece with contoured seat and a minimal taillight.

As far as the hardware is concerned, the Benelli SRK 600 appears to inherit its TNT sibling’s components. The new street fighter is underpinned by a trellis frame which is supported by a sturdy inverted telescopic front fork and an eccentrically mounted rear monoshock. The alloy swingarm also looks pretty similar to the unit seen on the new TNT 600i. The 17-inch alloy wheels, thick rubber, twin front discs and a single rear disc are also identical to those of the TNT.

The four down-tubes confirm that the 600 cc inline-four cylinder engine has been carried forward as well. On board the 2020 Benelli TNT 600i, the sweet sounding motor produces 81.6 hp and 51 Nm of torque. Transmission is a 6-speed unit. Considering that the SRK 600 will be positioned above the TNT 600i, we expect the motor to dish out a slightly higher power output. The SRK ditches the underbelly exhaust for a short canister which terminates just below the swing arm.

From the spyshots, we can also observe that the Benelli SRK 600 is equipped with color TFT instrument panel, a flat handlebar, alloy brake and clutch levers. We expect the sportsbike to offer riding modes and a few electronic systems like multi-stage traction control and ABS.

The Benelli SRK 600 is expected to make its world premiere at EICMA 2020 in November provided the even is not cancelled. We expect the motorcycle to make it to India a few months later. Benelli’s immediate focus in India after this lockdown period would be to upgrade its existing portfolio to BS6 emission standards before ushering in new products.