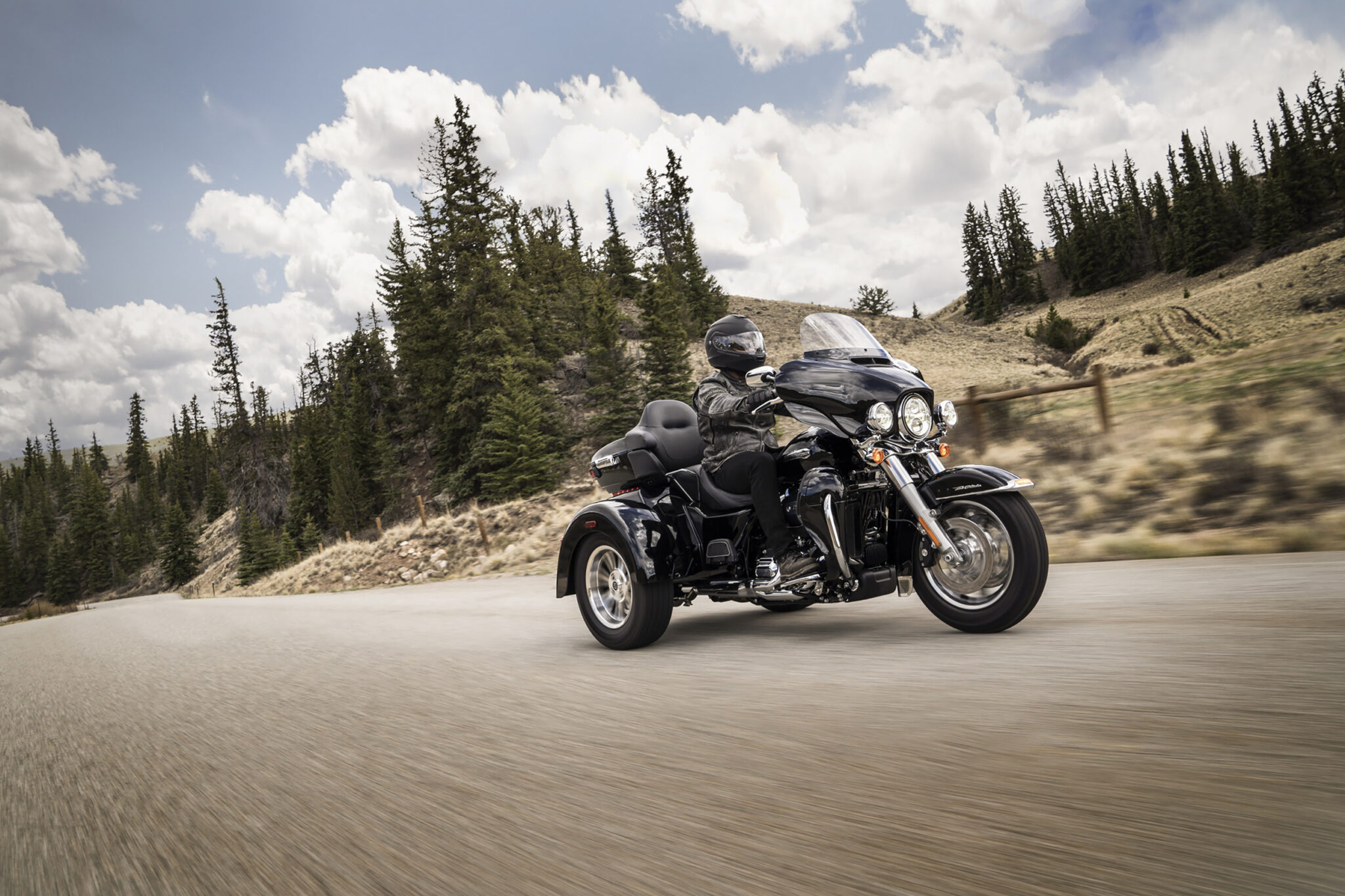 Q:What are the main differences between riding a trike and riding a two-wheel motorcycle? Are trike training classes available?

Unlike two-wheelers, three-wheelers do not lean into turns and counter-steering is not used.

Instead, like an ATV, you steer a trike in the direction you want to go. Initiating a turn may require more effort and different body positioning compared to a two-wheeled motorcycle.

Always set a good entry speed, look through the entire turn, and keep your eyes moving.

Evaluate the turn for its geometry, surface conditions, and traffic. It helps to turn your head in the direction you want to go.

Just like riding a two-wheeled motorcycle, you need to be aware of traffic and environmental conditions, compensate for inattentive car drivers, and minimize risk by using the MSF SEE system—Search, Evaluate, Execute.

Since a three-wheeler is wider than a two-wheeler, stay fairly centered in the lane.

When riding in a group, do not use a staggered riding position. Instead, set a minimum gap of two seconds both in front of and behind the trike.

If the rest of the group wants to use a staggered formation, the three-wheeler should be the first or last in the group, so the full two seconds can easily be maintained.

Trike training classes are available. The MSF has two distinct training courses for novice and experienced riders of three-wheeled motorcycles.

In addition to formal training, like any vehicle new to you, it helps to practice routine and emergency maneuvers periodically, away from traffic.