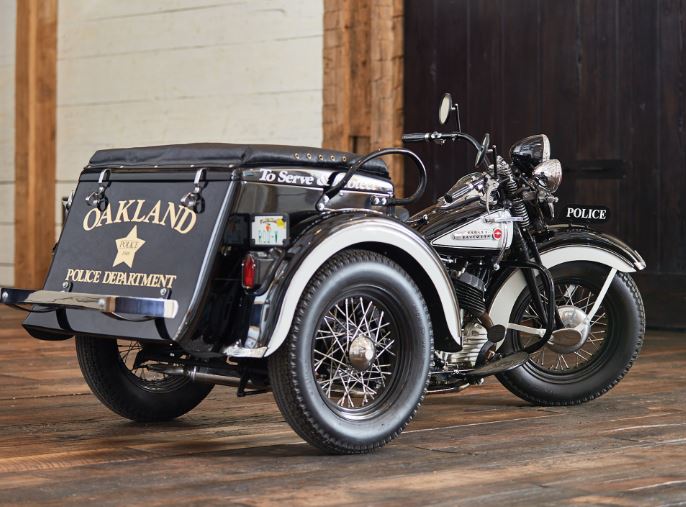 Ever since before the start of the second world war, at a time when the world was fighting for its survival during what became known as the Great Depression, and well into the 1970s, the American motorcycle landscape was dominated by a three-wheeled contraption called the Servi-Car.

Produced by Harley-Davidson from 1932 to 1974, the Servi-Car is the forefather of the current Tri Glide Ultra and the Freewheeler trikes, but despite being made in great numbers, they’re not so easy to come by in current times.

From time to time, such machines do pop up on auction sites and elsewhere, but generally they come in the form of custom builds that kind of ruin the initial purpose of the trike. Not the same can be said about the example we have here.

This 1949 Servi-Car was, like many others of its kind, used by a police department. In this case we’re talking about the one in Oakland, California. Despite having underwent a rebuild, needed because of its age, it remains fitted with pretty much all the hardware it had back when it was in the force.

Aside for the mandatory red lights and a siren, it also features a 750 cc side-valve engine with large cooling fins to avoid overheating when on patrol, a left-hand throttle that allowed police officers to draw their weapons with the right hand, and a lockable box at the rear to store items needed for police work.

Just as it was back during its glory days, the trike has the rear wheels spaced apart just enough to be able to ride in the tracks made in the snow by a car.

Given the way it was rebuilt, and the fact that it is an original police Servi-Car, this particular one managed to fetch an impressive amount at a recent RM Sotheby’s auction: $54,000.