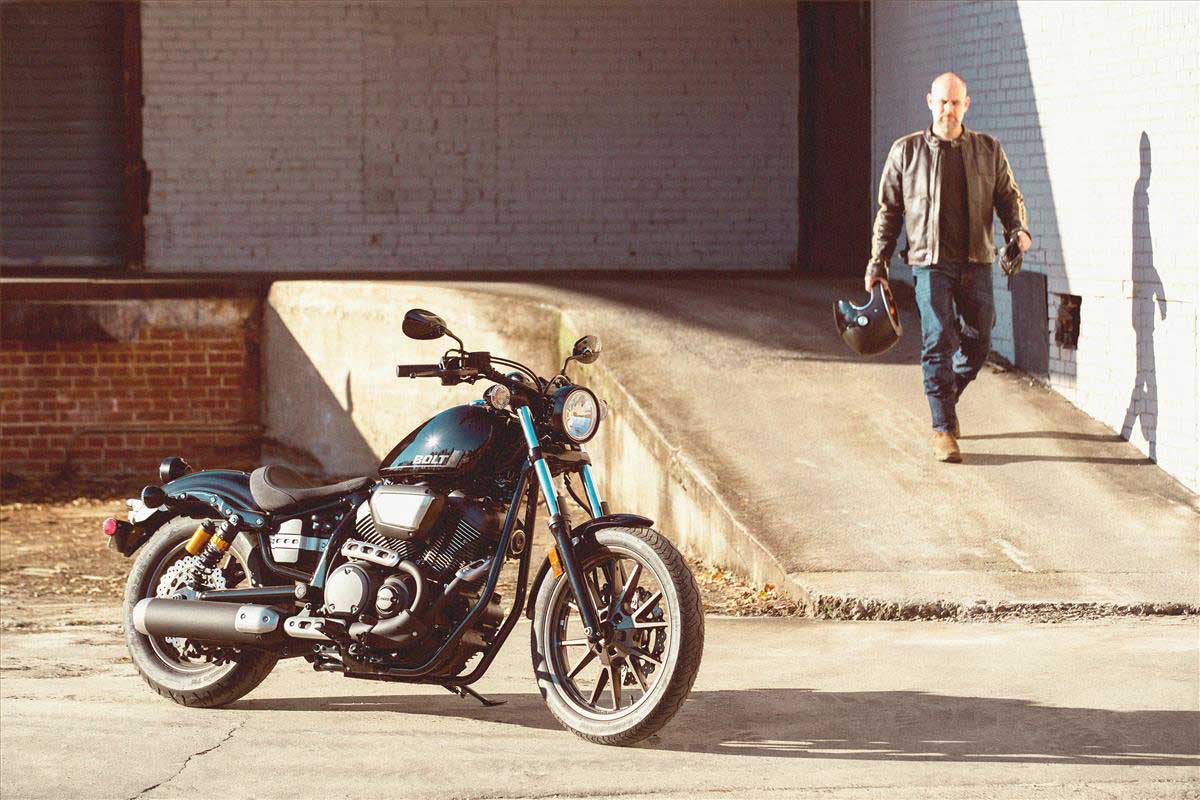 Yamaha boasts a wide range of motorcycles across a variety of body styles and segments in its international lineup.

The international lineup of Yamaha continues to grow stronger as it has launched an updated version of Bolt in its home market. For reference, the Bolt moniker was first introduced in 2013 as a 2014 model, specifically for the US market. In its upgraded form revealed recently, the big bobber-style cruiser will only be available in the R Spec trim while the base variant has been axed from the lineup.

Traditional Cruiser Styling
The new 2021 Bolt R Spec rides on premium 19-inch front and 16-inch rear alloy wheels with a brushed metallic finish wrapped around by tubeless tyres. The base variant, on the other hand, was offered only wire-spoke wheels.

Overall, the cruiser features elegant styling which is accentuated by a beautifully styled engine taking centre stage with a polished crankcase and cooling fins. It will be offered in two colour schemes- Metallic Black or Grayish Blue Metallic. The latter also comes with understated body graphics.

Hardware Setup
Hardware configuration of the motorcycle is kept intact. It is built on a dual cradle frame with the front end suspended on a pair of 41mm telescopic forks. While the rear end is suspended on a set of twin gas-charged shocks with gold-coloured external reservoirs. Anchorage is handled by front and rear 298mm petal disc brakes which are assisted by dual-channel ABS. At a kerb weight of 252kg, it surely is a very hefty machine. The fuel tank can hold up to 13-litres of fuel.

Engine Specs
Coming to its performance, it is powered by a 942cc V-Twin air-cooled, SOHC, fuel-injected engine that has been rated to return an output of 54 bhp at 5500rpm and 80 Nm of peak torque at 3000rpm. It is mated to a 5-speed gearbox that transfers power to the rear wheel via a belt drive just like traditional cruisers. This suggests it is an easy-going cruiser rather than a hustler.

The latest iteration Bolt R Spec has been priced at 10,45,000 Japanese Yen which could be around $8,499 in USA. Yamaha currently has no plans to ship this model to foreign markets, other than the USA.

Get Dealer and Availability Details at https://www.yamahamotorsports.com/sport-heritage/models/bolt-r-spec