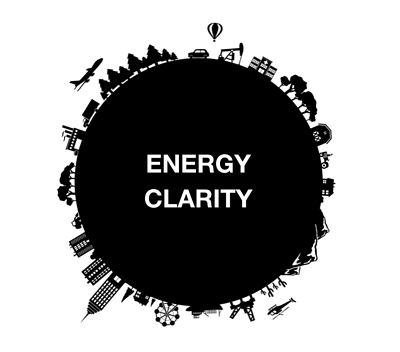 This week, we’re going to start talking about the positive impacts of fossil fuels and other forms of energy.

But first, it’s important to answer the question, “What is energy and why is it so valuable?”

Energy is a life and death need. It is our ability to use machines to dramatically increase our productivity.

How we became healthy and wealthy

Let’s break that down. To do so it’s valuable to give some historical context. Throughout history, human beings have been incredibly poor by our standards. Now we tend to think of poor people today as very poor, but even most of the poorest people today are fairly rich by historical standards.

If you look at this graph of data taken from the history of economics, what you see is that for thousands and thousands of years—and this just shows the last 2,000—human beings had a very low life expectancy, around 30 years old. 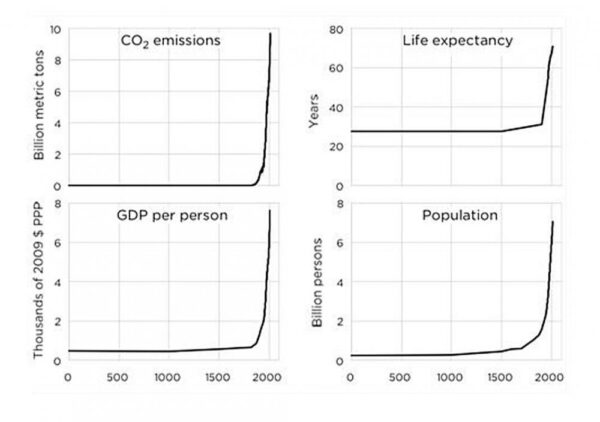 Think about what that means. Today, an average 30-year old still has more than 30 working years before retiring. But back then, you had a strong chance of dying at an early age. Very few made it to old age. As I write this, I’m 38. I would have had a less than 50% chance of reaching this age.

Why is this? It comes down to one basic fact. In our natural state, human beings are very weak. We have very little power and very little energy to generate more power—which means we are naturally able to do very little work to sustain our lives.

And energy? Energy is the capacity to do work, or the amount of potential power we have stored. In humans, we measure energy in the form of calories. Our bodies are only capable of storing so much energy, and therefore can only produce so much power. That power can only translate to a certain level of work, and it’s not nearly enough to produce everything you need for the standard of living you have today.

Throughout history, it has been a challenge for human beings to produce enough crops to feed ourselves because agriculture requires a lot of energy (and a lot of other things) just to produce the meager number of calories we need. It has also been a challenge to produce clean water, sturdy housing, decent transportation, and just about everything else.

In the next email we’ll see how we overcame these challenges and raised our standard of living to once unimaginable levels.