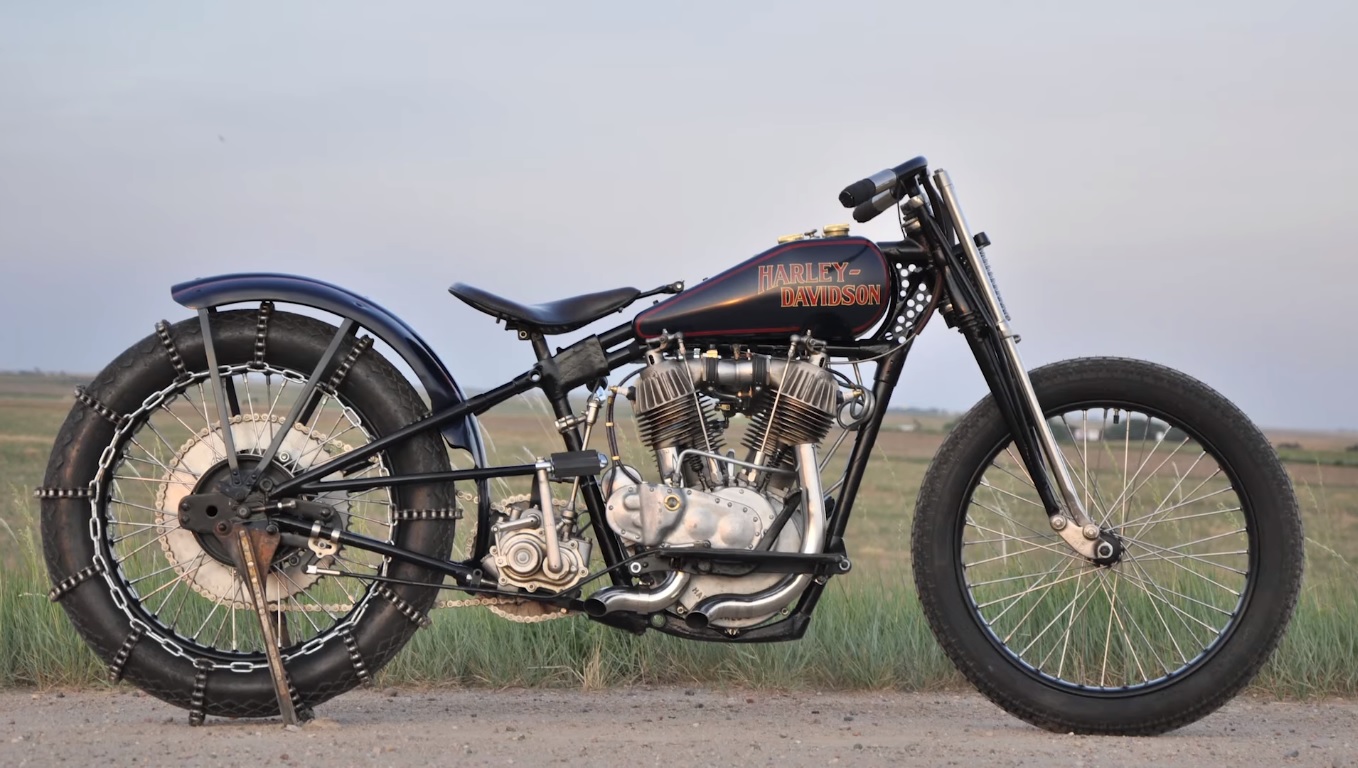 Justin Walls describes himself as a perfectionist. The founder and owner of Built the Traditional Way – BTTT on Instagram – pays so much attention to the finest of details. The Model J in the photo gallery is one of Justin’s one-off creations, and H-D has selected it for The No Show that will end on June 21st.

Originally produced by Harley-Davidson for military service, the all-round motorcycle was converted after World War I for civilian use. With this change, the Milwaukee-based manufacturer has also leveled up the J as the top-of-the-line motorcycle. Driven by the technological advancements of the war, the Model J boasts… wait for it… battery ignition and even electric lights!

Jokes aside, the two-cylinder bike has helped Harley-Davidson grow as a company and the U.S. consumer go places at a time when cars were still relatively expensive and hard to repair. Now that the history lesson is over, let’s take a look at the one-of-a-kind Model J that Justin Walls converted into a tracker motorcycle.

“A cut-down racer or whatever you want to call it, I built this bike in 2016.” Currently belonging to a friend of Justin, the muddy and scuffed J looks like it’s been enjoyed to the fullest in the past four years. Quite a difference from the full-blown show bike, but a tracker looks best with scars on it.

Featuring a 29 frame and a shortened seat post, the Model J also boasts redesigned castings that give it a hill climber look. The JD front end has been reinforced for obvious reasons, along with the three-bar reinforcements at the rear.

Justin has sourced the transmission from a 25 while the hub comes from a JD. The twin-cylinder motor “started life out as a 61 cubic inch (1.0 liter)” but it’s been stroked to 93 cubic inches for more suck-squeeze-bang-blow. The 1.5-liter engine also includes late-model pistons, a custom camshaft and valve pockets, and it’s set for high compression.

Come June 21st, only three builders will be awarded by Harley-Davidson out of a total of 60 from no fewer than 10 countries.