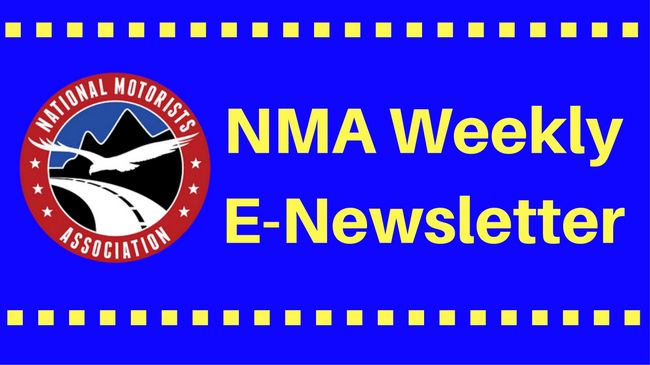 It’s been seven years since we wrote about the Driver Alcohol Detection System and Safety (DADSS) program–A Frog in the Pot, E-newsletter #187–and efforts to make ignition interlock devices standard equipment in all vehicles. Proponents of forcing all drivers to pass alcohol detection testing before being able to operate their cars are nothing if not determined.

The Reduce Impaired Driving for Everyone (RIDE) Act of 2019, per U.S. Senate Bill 2604, and its counterpart House Bill 3159, keeps their hopes alive by requiring all new vehicles to have alcohol detection systems within four years.

We recognize the politically incorrect timing of addressing the issue of impaired driving during the holiday season, and restate that the NMA does not support, encourage, or condone drunk driving. Impaired drivers who put themselves and others at risk do not belong on the road. But we also do not support zero-tolerance concepts that subject the vast majority of non-imbibing motorists to intrusive testing every time they get behind the wheel.

The unreliability of detection technology is a major cause of concern. False positives are commonplace. Imagine a DADSS device that requires the driver to submit a breath sample to start a car, and to also give regular-interval samples while the vehicle is in motion, forcing shutdown at inopportune times and possibly under unsafe conditions. And if those “rolling samples” require active involvement by all drivers, distracted driving will become an even more widespread road safety concern.

SB 2604, sponsored by Senators Tom Udall (D-NM) and Rick Scott (R-FL), currently sits with the Commerce, Science, and Transportation Committee. The House bill, 3159, is sponsored by six Republican congressmen and women and is being considered by the Subcommittee on Highways and Transit Committee. Consider reaching out to members of both committees, particularly those who represent you directly. Ask them questions like:

At the least, our elected officials should have satisfactory answers before supporting legislation that would subject all drivers to an unprecedented level of personal intrusion and regulation.