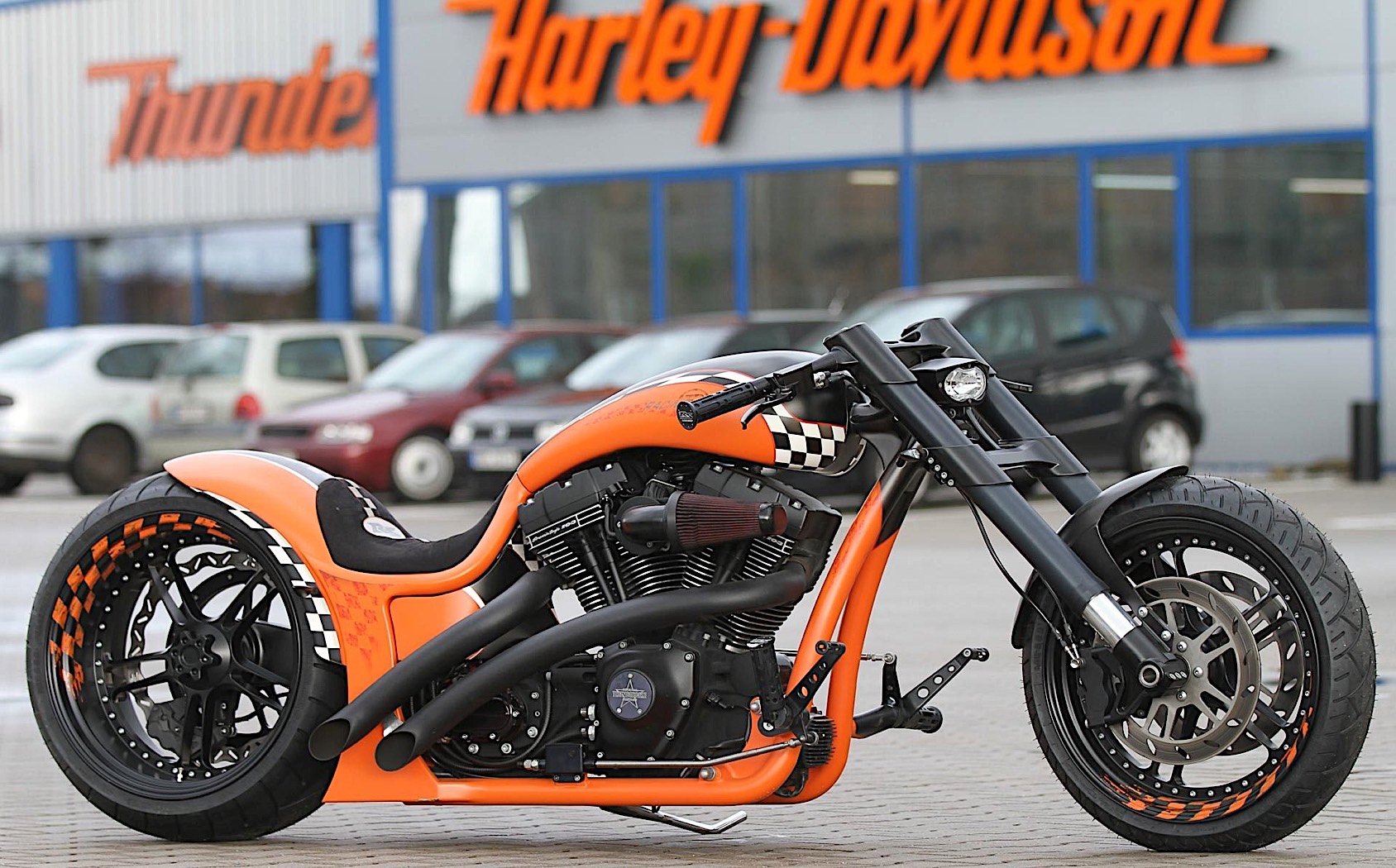 Like it or not, the name Harley-Davidson is the dominant one in the world of motorcycle building. You get bikes made in Milwaukee either in factory-form or as one of the countless interpretations made by garages across the world. But you also get Harley DNA in most of the otherwise full-custom motorcycles out there.

That’s because the hardware made in Milwaukee – and that includes first and foremost the engine and transmission – is suitable for all kind of projects, provided you have all the required parts to accommodate them. And Thunderbike, one of the major players in the custom bike segment in Europe, sure does.

The motorcycle you see in the gallery above is called RS-O. Just like other builds made by the Germans, it is based on a frame called Dragster RS – one of the about 15 such frames available in Thunderbike’s portfolio. The frame, and pretty much everything else, with the exception of the engine and transmission, are custom made.

But first things first. The Dragster RS is more of a kit than a simple frame. It comes in thick-walled steel tubes and CNC-milled side profiles, oil and fuel tank, aluminum swingarm with battery holder, rear section, rear wheel axle, motor bracket, and seat plate.

Inside it, the shop fitted a Screamin’ Eagle engine and tied to a Harley 5-speed transmission. The unit gets its jolts from a custom fuel injection system, and breathes through a custom exhaust.

The bike is wrapped in a graphic signed by the shop’s usual partner in this field, Kruse Design, and we must say it really sticks out in the crowd: the bright orange on the bodywork looks even better offset by the blackness of the engine block, and the chequered pattern adorning the fuel tank and the rear fender bring a touch of character.

The RS-O, as it’s called in Thunderbike speak, was completed a while ago for one of the shop’s customers. We’re not being told how much it cost, but the frame alone is worth over 11,000 euros (close to $13,000), so it isn’t exactly cheap.