The Harley-Davidson Ride Home Is How You Properly Celebrate Freedom 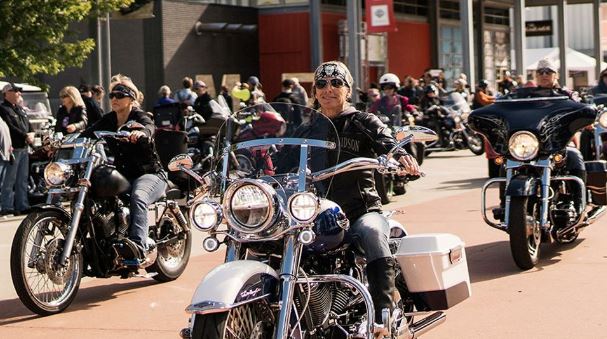 Ask anyone about Harley-Davidson and probably the first word you’ll hear out of their mouth is “freedom.” This is what the Ride Home is all about.

Even for those who don’t ride or have little knowledge of the Harley-Davidson brand (or bikes in general), the image of the Harley-Davidson rider is that of a man’s man (or woman’s woman, in the case of female riders). Throughout the years, the brand has cultivated this image of the rugged outlaw, of the rebel who forsakes the urban environment for the open road and the sense of ultimate freedom.

While the “outlaw” image has been turned into a cliché by the Hollywood machine, the rebel label still holds water. And it’s for and by these rebels that the big Ride Home was born into reality. The most recent edition, the 2018 one, solidified the event as the biggest of the kind in the world – and Harley-Davidson’s status as a leader in the biker community.

All motorcycle groups and gangs have that brotherhood / sisterhood approach, but it is only Harley that can boast such a loyal following as to go on a cross-country pilgrimage every 5 years, just to honor the Harley-Davidson spirit.

The Ride Home is a tradition that started in 1988, when the company celebrated its 85th anniversary. To mark the occasion, management rented out the front half of the Milwaukee SummerFest grounds, and the city of Milwaukee welcomed bikers from all over the world. They had no idea what to expect or how this event would snowball into something this impressive.

As you probably know, Harley-Davidson was founded in 1903 in Milwaukee, Wisconsin, by the Davidson brothers and their friend William Harley (with some help from another friend, Henry Melk). It is one of the two American motorcycle companies to survive the Great Depression (the other being Indian), and a legendary brand that, though it’s taken several financial hits in recent years, remains a leader in the industry.

That first year, bikers from across the U.S. rode to Milwaukee to celebrate the milestone together, and they have been doing so every 5 years since then. As noted above, the 2018 edition was the biggest ever, with Harley-Davidson really pulling out all the stops to turn it into a memorable experience. Not that it wasn’t memorable before then.

However, for 2018, Harley-Davidson got more involved and organized 4 separate rides (from Seattle, San Diego, Ft. Lauderdale, Florida, and Portland, Maine), virtually helping bikers from all 4 corners of the country to get to the Mecca of biking. For those still feeling rebellious but on a smaller scale, organized tours by Harley-Davidson authorized dealers were put together, offering anything from overnight accommodation to guide tours and special events. Imagine going on a cruise, but way more awesome because it’s on a Hog.

Also in 2019, the oldest existing Harley-Davidson club held a separate celebration in their hometown of Prague, the Czech Republic, drawing over 60,000 bikes. It paled in comparison to the 500,000 bikers that descended onto Milwaukee and partied over Labor Day weekend.

Every edition, the Ride Home culminates with special Harley-Davidson events (a visit to the official, local Harley-Davidson museum, rides through biking county, meetings with dealers and custom bikes shows), parties, gatherings, cookouts, vendor demos and other outdoor fun activities, which is why it’s also called Harleyfest. Some also refer to it as HarleyMania because of the Harley chaos it brings into town for the duration of a weekend.

However, the Ride Home is really about the ride. Sure, riders love bonding with like-minded individuals and sharing their passion for Hogs with people who can relate to what they’re saying one hundred percent, but the highlight is the thousand-miles ride.

As one rider explains in the video below, you ride in a group but are alone with your thoughts. You move fast but get to take in everything around you through all senses, with nothing in the way. Whatever hardships may (still) come Harley-Davidson’s way and whatever faults it can be found guilty of, this is one thing it has managed to deliver, short-lived as it might be: that near-impossible feel that you can have it all.