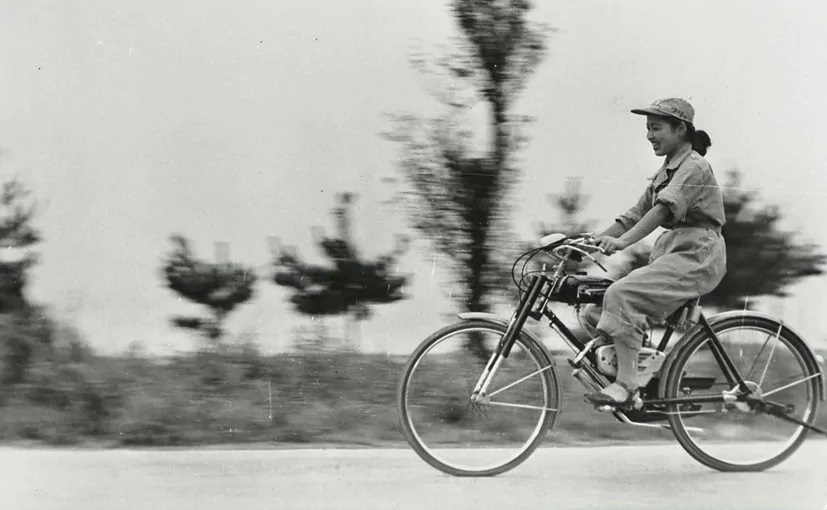 By Jim Weiker from The Columbus Dispatch at https://www.cantonrep.com

When Honda celebrated its 40th anniversary in Ohio this week, the milestone carried special meaning for employee Neil Vining.

Vining was 22 in 1979 when he landed a job at a new motorcycle factory Honda was opening in Marysville.

Today, Vining is a chief engineer at Honda. He is one of two employees still at Honda who were there when Honda of America opened its first U.S. operation in Ohio.

Vining’s journey with Honda is an illustration of the company’s journey.

Like many Americans, Vining didn’t know what to expect from the company. By the 1970s, Japanese cars and motorcycles were well-established among consumers, but not among employees.

Vining worked at Tecumseh’s Marion factory but was weary of the laid-off, back-to-work cycle of the plant. (Tecumseh closed the factory in 1984.) He was curious about Honda, which he had followed in the newspaper since the manufacturer announced in October 1977 that it would build a factory in Ohio.

“Every week I watched the paper looking for that final notice about when I could send my application,” said Vining, who had bought his first Honda motorcycle when he was 16.

In March, 1979, he had his chance and interviewed for a position, not knowing what to expect. After all, there was no track record of Japanese automotive manufacturers in the U.S.

“Remember that the Japanese automotive industry was initially considered a curiosity. They made econoboxes no one wanted,” said Giorgio Rizzoni, director of the Center for Automotive Research at Ohio State University.

“Then they became real competitors to Detroit. For a long time, there was quite a bit of resentment in regard to Japanese automakers in the U.S. But Honda managed this transition in an extremely elegant way.”

Three months after he interviewed, Vining was hired and almost immediately discovered this job would be different.

“I was at my girlfriend’s house on a Sunday afternoon and they called and asked if I could go to Japan,” he recalled. “I really wasn’t expecting that.”

Vining grew up on a farm near Ostrander and had graduated from Buckeye Valley High School in 1975. He had never been out of the country.

After learning how to weld motorcycles in Japan, Vining returned to Ohio to help install equipment that would be used to turn out Honda’s Elsinore CR 250 motorcycle. The first cycle rolled off the line Sept. 10, 1979, a modest start to Honda’s U.S. journey.

Vining recalls how unusually clean and orderly the assembly line seemed — an impression magnified by the ubiquitous white uniforms — and received another clue that this was a different company.

“Within the third or fourth week of working here, they asked, ‘Where would you like to be in a few years at Honda?’ ” Vining said. “That’s was a surprise. I don’t think people recognized the potential the company had.”

That approach was revolutionary in an industry famous for labor-management battles.

“There’s a culture at Honda where every individual, no matter what their rank, every voice counts, everyone wears the Honda white and every voice is important,” Rizzoni said. “Everyone is encouraged to speak up to look for ways for improvement.”

On the day the Elsinore came off the line, Honda announced it was building an automotive assembly plant near the Marysville motorcycle plant.

Vining helped install equipment for the plant, and shifted to the auto line to help launch the first U.S.-built Honda Accord in November 1982, the first car built in the U.S. by any Japanese manufacturer.

That plant launched decades of growth for the manufacturer in Ohio: a research and development facility in 1985; an engine plant in Anna, in 1985; a second assembly line in 1986; a second automotive plant, in East Liberty, in 1989; a transmissions plant, in Russells Point, in 1996; and the Performance Manufacturing Center, in 2016.

Honda’s initial investment of $35 million in the motorcycle plant was dwarfed over the decades. The company now estimates its total Ohio investment at $11 billion. Those 64 original Ohio workers grew to 15,000 in Ohio and 25,000 throughout the U.S.

Over the years, motorcycles were joined by a string of Hondas and Acuras, including Vining’s favorite, the Acura NSX performance car. Together, the three Ohio plants have turned out more than 20 million vehicles. (The motorcycle plant closed in 2009.)

As Honda grew, so did Vining. He worked on the automotive line until 1990, when he was assigned to plant engineering, examining manufacturing capacity in Ohio and beyond. Far from the wide-eyed country kid on his first trip overseas, Vining has now traveled to Japan 20 times.

Vining and his wife, Tami, continue to grow soybeans on their Ostrander farm and he is starting to ponder life after Honda.

“How often in your life do you get a chance to work with a team of people to build something important?” Vining said. “Honda also built me, so when you talk about retirement, and the next adventure, I feel like I have a lot of experience now that I can use to help people.”