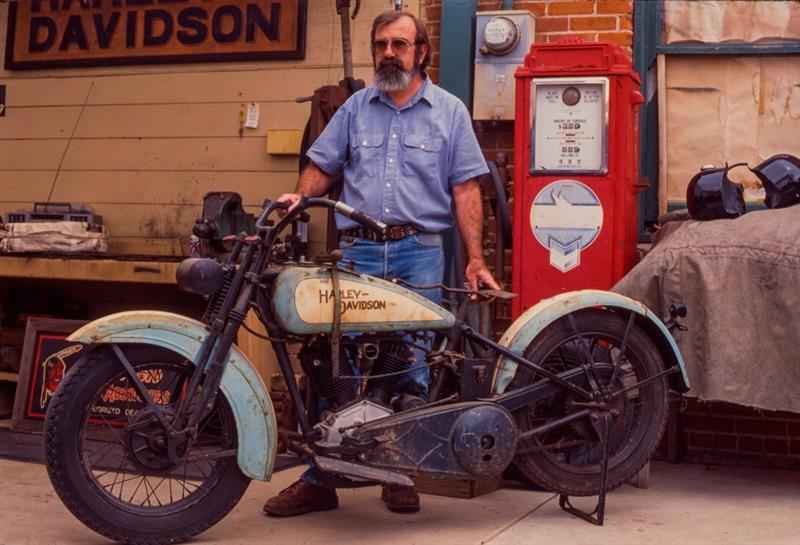 I worked with Mike and his wife Patty for about 40 years covering his restorations, working with him on project bikes such as the Dicey Knucklehead which I still have.

Hell, I made a deal to retrieve a Panhead from a brother partially because it held a Linkert Carb rebuilt by Mike Egan.

I owned a 1931 VL for 25 or so years, which was owned by Lou Kimzey, the original Publisher and Editor of Easyriders Magazine. It was restored by Mike Egan, and I was offered the matching sidecar, which I mistakenly turned down.

As Mike would say, “It’s worth Big Candy.”

CLICK HERE To Read this Feature on a Legendary Personality in Motorcycle Industry.