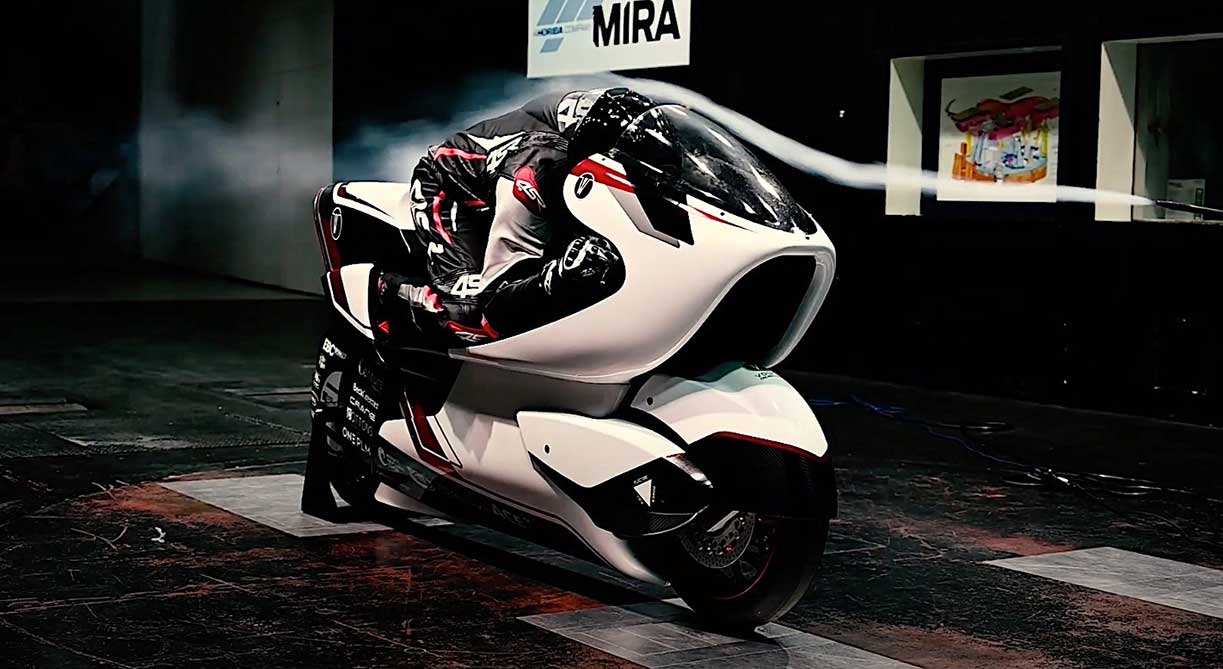 WMC Electric Motorcycle Has Big Hole in It, Only Way to Set New Speed Record.

There’s a good chance the name White Motorcycle Concepts (WMC) doesn’t ring any bells. Don’t worry, that will probably change as soon as next year, provided the company achieves its goal of setting a land speed record for electric motorcycles.

WMC is a British engineering company set up not long ago by British Formula One engineer Rob White. Its goal is to advance the adoption of electric drivetrains in the motorcycle industry not by coming up with some incredible battery or electric motor but by devising new aerodynamic tech that should better use the available power.

The tech in question, called V-Air, was inspired by the cars taking part in Formula 1 or Le Mans. It consists of a large duct at the center of the bike, in essence, a big hole running through it, designed to force air through the two-wheeler and not around it. This, says WMC, reduces aerodynamic resistance by as much as 70 percent compared to an unnamed “market-leading high performance road bike.” 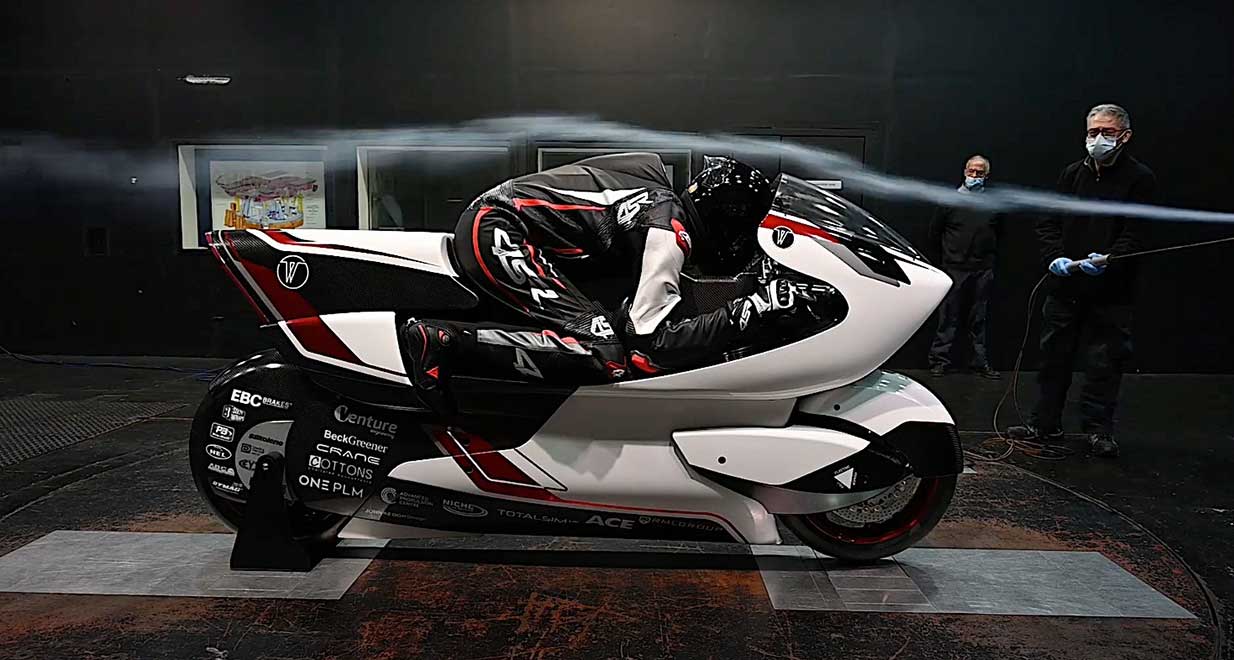 V-Air is backed in the demonstrator motorcycle, called WMC250EV and unveiled on Wednesday, June 23, by a motor driving the front wheel and coupled to a regenerative braking system. There’s an additional final drive system on the bike, one that, according to the company, will not only boost power and enhance efficiency but could also be easily adapted for existing motorcycles.

The demonstrator will be put through its paces starting later this year, with White himself planning to mount the bike and race it around. The highpoint in the development of the V-Air is a run planned for next year on the Salar de Uyuni salt flats in Bolivia, the largest of its kind in the world.

White believes his run should set the Motorcycle Electric Semi Streamliner British Record by taking the WMC250EV to over 250 mph (402 kph), which would be well above the 228 mph (367 kph) set by Max Biaggi on the Voxan Wattman last year.